The Invention of Courts

What challenges confront U.S. courts as democratic institutions in the twenty-first century? And what does the changing role of courts teach us about our conceptions of justice? The Summer 2014 issue of Dædalus, the Journal of the American Academy of Arts and Sciences, explores the complex shifts occurring in U.S. courts and the implications for the citizens that rely on them. “The Invention of Courts” is guest-edited by American Academy Fellows Linda Greenhouse, the Joseph Goldstein Lecturer in Law at Yale Law School and former Supreme Court reporter for The New York Times, and Judith Resnik, the Arthur Liman Professor of Law at Yale Law School.

Linda Greenhouse introduces the volume’s diverse essays by noting that “[t]o write about courts is to write about political theory, about lawyering, about fiscal priorities, and about social welfare, as well as about courts’ dependence on and independence from the body politic.” Many of the essays remind us that the courts do not stand on their own as static institutions; rather, they were and continue to be invented–a process informed by changing legislative, economic, political, and cultural landscapes.

Democracy has not only changed courts; it challenges them profoundly. Judith Resnik’s essay is one of several expressing the concern that the current system faces a host of issues, including deficits in court funding, the disappearance of trials, and the failure to translate into practice Gideon vs. Wainwright’s mandate of a constitutional right to adequate counsel for all indigent criminal litigants. 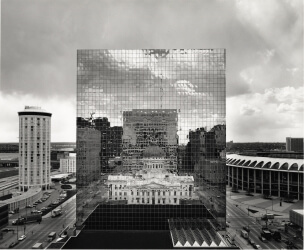 Introduction: The Invention of Courts

When Legal Representation is Deficient: The Challenge of Immigration Cases for the Courts

Justice for the Masses? Aggregate Litigation & Its Alternatives

In recent years, state courts have suffered serious funding reductions that have threatened their ability to resolve criminal and civil cases in a timely fashion. Proposals for addressing this state court funding crisis have emphasized public education and the creation of coalitions to influence state legislatures. These strategies are unlikely to succeed, however, and new institutional arrangements are necessary. Dedicated state trust funds using specific state revenue sources to fund courts offer the most promise for adequate and stable state court funding.

The Continuing Decline & Displacement of Trials in American Courts

Courting Ignorance: Why We Know So Little About Our Most Important Courts

The Courts in American Public Culture