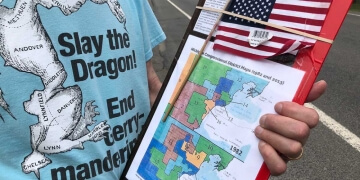 Support adoption, through state legislation, of independent citizen-redistricting commissions in all fifty states. Complete nationwide adoption, through federal legislation, that requires fair congressional districts to be determined by state-established independent citizen-redistricting commissions; allows these commissions to meet criteria with non-winner-take-all models; and provides federal funding for these state processes, with the goal of establishing national consistency in procedures.

In most states, the party in control of the legislature has the power to draw congressional and state legislative districts.

Lawmakers are incentivized to draw districts that benefit their party by concentrating the opposing party’s voters in one district or diluting them among multiple districts. These practices make democracy less representative and reduce some voters’ say in election outcomes.

Although gerrymandering has existed for more than two centuries and is an activity in which both parties partake, it has become more commonplace and more precise in recent decades thanks to the advent of new scientific and mathematical tools.

“The elections themselves in many ways are a foregone conclusion because of the way the districts have been drawn up.”
—Farmville, VA
“Gerrymandering has taken away people’s voices. In the state of Ohio, people’s voices are clearly not being represented. It’s so crazily gerrymandered that even though the voter turnout is not that far apart, we have veto-proof majorities of Republicans in both houses.”
—Akron, Ohio
Previous Next

Consider the cases of Ohio and Maryland.

Ohio has egregiously gerrymandered districts. In the 2018 midterm elections, Republicans won the statewide popular vote by only 5 percent (52 to 47 percent), but nonetheless held on to twelve of the state’s sixteen congressional seats.

Republicans drew the map in 2011 and, in 2019, a federal court ruled the map was an unconstitutional partisan gerrymander. The Supreme Court reversed this decision, and the map will be used for the 2020 election.

Maryland, too, has a gerrymandered congressional map. In the 2016 election, Republicans received 36% of votes for congressional races statewide, but won just one of eight House seats. 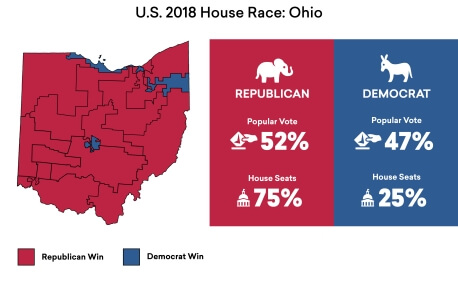 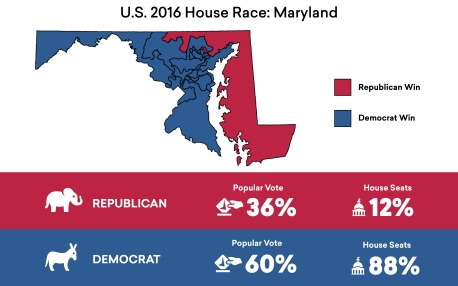 Independent commissions are comprised of equal numbers of Democrats and Republicans—often with independent chairpersons—charged with drawing district lines as fairly as possible. In 2015, the U.S. Supreme Court upheld the constitutionality of independent redistricting commissions.

The Princeton Gerrymandering Project bridges math, law, and data science to promote fairness in redistricting. Its interdisciplinary team gives activists and legislators the tools they need to detect gerrymandering offenses and craft bulletproof, bipartisan reform for eliminating gerrymandering at a state-by-state level.

Faithful Democracy is a multi-faith coalition of faith-based organizations and congregations who share the moral imperative of fixing our democratic systems. While our partners represent a diversity of beliefs and traditions, we unite around the common goal of creating a healthier, thriving democracy.