The rise of remote controlled warfare, cyber warfare, and autonomous weapons has raised complex questions—some new, some more familiar—about how new weapon technologies conform to the international laws of war. The use of these new technologies is further complicated by the nature of the conflict they are employed in: increasingly asymmetric warfare waged against nonstate actors. But in addition to challenges to traditional just war principles, new and emerging technologies and fresh international approaches are also providing opportunities for early warning of civil conflict, atrocity prevention, improved combat medicine, and more effective international peacekeeping.

Guest-edited by Scott D. Sagan (Stanford University), the Fall 2016 issue of Dædalus explores the questions and contradictions raised by the evolving state of twenty-first-century warfare and politics, in the context of just war theory and the international laws of war. The issue gathers the perspectives of a multidisciplinary group of authors, who include political scientists, military practitioners, just war theorists, statesmen, philosophers, historians, ethicists, lawyers, and physicians. 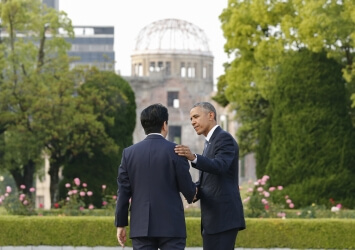 Technological innovations, the growth of terrorism by nonstate actors, and new legal and ethical approaches are changing the nature of modern warfare. Cutting-edge technologies—drones, cyber weapons, autonomous weapons—could reduce collateral damage, but their ease of use could also breed more conflict by lowering the political costs of engagement. Other technologies could better provide early warning of conflict and promote more effective peacekeeping, but pose new questions on ethical norms of the use of military force and intervention. This essay surveys this landscape and introduces the principles of just war and the international law of war, upon which the issue’s contributors draw to discuss new and emerging dilemmas in the evolving warfare of the twenty-first century.

Targeted killing in war is subject to severe constraints, and the same is true when drones are the weapon of choice. But the ease with which drones can be used and the relative absence of military risks and political costs make it tempting not only to use drones more, but also to relax the constraining rules under which they are used. Michael Walzer shows that the Obama administration’s secretive drone program has indeed relaxed restrictions on targeted killing, and has done so without public debate. Walzer argues for the opening up of the decision process to democratic scrutiny and in defense of the familiar constraints.

The Ethics & Morality of Robotic Warfare: Assessing the Debate over Autonomous Weapons

Increased use of drones worldwide has led to concerns about the further automation of military force through lethal autonomous weapons systems (LAWS). Although some classes of LAWS are yet objects of science fiction, they raise unique ethical questions in warfare, and are already the subject of discussions at the United Nations and in U.S. and international media. Assessing this debate, Michael C. Horowitz considers the efficacy of these weapons systems, how human accountability and responsibility factor in, and the potentially dehumanizing effect of these deadly machines.

Cyber technologies have introduced new methods of war, force, and coercion, and thus raise new ethical questions under just war theory. David P. Fidler discusses the political and ethical incentives for their use, but also the potential risks that invite further ethical deliberation. He also examines why, in the context of increasing geopolitical competition and conflict, the prospect for ethical consensus on just and unjust cyber coercion, force, and war is unlikely.

Nuclear weapons—once conceived to end a war—are now considered the central means to prevent war. A quarter century after the end of the Cold War, though, debates on the efficacy of nuclear deterrence, the need for nuclear weapons, and the ethics surrounding them continue, including calls for a major reduction in or the complete elimination of the U.S. nuclear arsenal. As former Commander of the United States Strategic Command, C. Robert Kehler’s responsibilities included planning, operating, and, if ordered by the president, employing the nation’s nuclear forces in combat. This perspective shapes his arguments for the continued necessity of U.S. nuclear weapons for strategic deterrence in a complex and uncertain global security environment.

In 2013, Obama administration spokesmen stated that all U.S. nuclear war plans “apply the principles of distinction and proportionality and seek to minimize collateral damage to civilian populations and civilian objects.” We analyze U.S. nuclear policy documents and argue that major changes must be made if U.S. nuclear war plans are to conform to these principles of just war doctrine and the law of armed conflict. We propose that the U.S. president announce a commitment to a “principle of necessity,” committing the United States not to use nuclear weapons against any military target that can be destroyed with reasonable probability of success by a conventional weapon. Such a doctrinal change would reduce collateral damage from any nuclear strike or retaliation by the United States and would, we argue, make our deterrent threats more credible and thus more effective.

The Responsibility to Protect after Libya & Syria

Atrocity crimes are widespread—committed by both state and nonstate actors—despite the commitment made by all heads of state attending the 2005 World Summit to uphold the responsibility to protect (R2P) doctrine. Jennifer M. Welsh argues that assessments of R2P’s effectiveness overlook the political nature of the principle and apply rigid standards of success that underestimate its contribution to prevent and respond to atrocity crimes and overemphasize the role of military intervention. The cases of Libya and Syria have raised fundamental questions about the prospect of catalyzing international efforts to protect populations, particularly when there is disagreement over the costs and benefits of a coercive response.

New technological advances in digital information, algorithmic forensic data analysis, autonomous surveillance vehicles, advanced robotics, and multispectral sensors can help avert war, introduce more effective peacekeeping, lessen the impact of conflict on civilians, and help rebuild war-torn states. Lloyd Axworthy and A. Walter Dorn discuss that when such technologies clearly show that international humanitarian action is urgently needed, including the use of force as a last resort, then those same tools can be used to constrain harmful forms of intervention and ensure that enforcers are abiding by international law and UN guidance. It is an ethical failure when such technologies exist to save lives, reduce risks, and secure peace, but are not employed.

The Path to Last Resort: The Role of Early Warning & Early Action

A just war is engaged in as a last resort: all measures short-of-war must first be exhausted. Through research, analysis, and policy developments, the international community has over the last fifteen years equipped itself with a rich understanding of how wars and atrocities evolve through time, trigger points and risk factors that may accelerate that evolution, prevention and mitigation steps to look for in that process, and new technologies for ascertaining intelligence to determine when mitigating action might stop the escalation. Jennifer Leaning argues that in the context of action aimed to protect people in other countries from atrocity crimes (committed by state or nonstate actors), we now have at our collective disposal more measures to deploy and more witnesses to raise the alarm.

The majority of lethal violence today, though organized and political in nature, does not occur in war zones; the majority of states most affected by lethal violence are not at war; and the levels of lethal violence in many nonconflict settings are higher than in war zones. Keith Krause makes the case for adopting a broader understanding of political violence—committed by the state and its agents against citizens and including nonphysical violence violating basic rights—to gain insight into the causes and consequences of, and to frame appropriate responses to, war and violence in the twenty-first century.

Moral Character or Character of War? American Public Opinion on the Targeting of Civilians in Times of War

Since the end of the Vietnam War, the United States has refrained from the widespread, intentional targeting of civilian populations in times of war. Reviewing past public opinion polls, Benjamin Valentino argues that the marked decline in support for targeting foreign civilians is influenced both by a mounting skepticism about the efficacy of killing civilians in war—intentional or not, it usually backfires—and the dramatically lower fatality rates suffered by U.S. troops in recent wars—less temptation to end wars quickly with a “death blow.” But he finds that many Americans today, under certain conditions, would still support the population bombing ubiquitously employed in World War II.