How far should religious liberty extend in democratic societies? What role should religion play in the conduct of citizens? The most prominent tensions are institutional: the relations that do or should exist between “church” and state. But ethics and political theory also extend to standards appropriate to the conduct of individual citizens, and how they should understand the role of religious convictions—especially their own—in civic affairs. “Religion & Democracy” takes on the challenge of outlining standards that balance respect for both religion and democracy, and provide for their mutual flourishing. The volume addresses both institutional questions and the ethics of citizenship as bearing on how individuals, religious or not, may best regard their role in the political system in which they live. 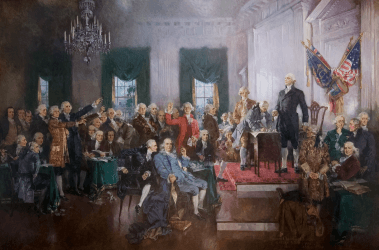 The ideas sketched here concern the nonestablishment and free exercise norms expressed in the U.S. Constitution, their application to governmental institutions from legislatures to prisons and the military, the place of religion in the curricula of public schools, and the proper role of religious convictions in lawmaking. A major concern of the essay is the problem of achieving an appropriate balance between governmental neutrality toward religion, as required by the nonestablishment norm, and governmental accommodation of religious practices that would otherwise violate ordinary laws, as required by the free exercise norm. A recurring theme is the complexity of the issues and the variability of possible solutions given differences in the history and culture of democratic societies.

A convention of democracy is that government should promote the common good. Citizens’ common good is based in their shared civil interests, including security of themselves and their possessions, equal basic liberties, diverse opportunities, and an adequate social minimum. Citizens’ civil interests ground what John Rawls calls “the political values of justice and public reason.” These political values determine the political legitimacy of laws and the political constitution, and provide the proper bases for voting, public discussion, and political justification. These political values similarly provide the terms to properly understand the separation of church and state, freedom of conscience, and free exercise of religion. It is not a proper role of government to promote religious doctrines or practices, or to enforce moral requirements of religion. For government to enforce or even endorse the imperatives or ends of religion violates individuals’ freedom and equality: it encroaches upon their liberty of conscience and freedom to pursue their conceptions of the good; impairs their equal civic status; and undermines their equal political rights as free and equal citizens.

The Ironies of the New Religious Liberty Litigation

The plaintiffs in recent religious liberty litigation are very different from plaintiffs in earlier cases. They are not marginalized or politically powerless. They seek to return the country to its conservative roots, rather than to escape the dominant liberal mindset. But their success has come at a cost to their own deep commitments. This essay will proceed as follows. First, I describe key elements of recent religious liberty cases, highlighting the ways in which they go beyond the older case law that ostensibly served as precedent. Second, I argue that these decisions ironically fall prey to the communitarian critiques of modern liberal democracy that have been prominent in conservative religious circles for thirty years or more. Finally, I sketch a new way forward, drawing on the notion of civic friendship and the Golden Rule, and suggest the question religious believers should be asking now is not “What are our legal rights?” but “What do we owe morally to fellow citizens who believe differently than we do?”

The Perils of Politicized Religion

In the United States, religion and partisan politics have become increasingly intertwined. The rising level of religious disaffiliation is a backlash to the religious right: many Americans are abandoning religion because they see it as an extension of politics with which they disagree. Politics is also shaping many Americans’ religious views. There has been a stunning change in the percentage of religious believers who, prior to Donald Trump’s presidential candidacy, overwhelmingly objected to immoral private behavior by politicians but now dismiss it as irrelevant to their ability to act ethically in their public role. The politicization of religion not only contributes to greater political polarization, it diminishes the ability of religious leaders to speak prophetically on important public issues.

Theorists of democratic multiculturalism have long defended individuals’ religious exemptions from generally applicable laws. Examples include Sikhs being exempt from motorcycle helmet laws, or Jews and Muslims being exempt from humane animal slaughter laws. This essay investigates religious exemptions for organizations. Should organizations ever be granted exemptions from generally applicable laws in democratic societies, where those exemptions are justified by the organization’s religion? This essay considers four arguments for such exemptions, which respectively rely on the “transferring up” to organizations of individuals’ claims to autonomy or recognition; organizations’ own claims to autonomy or recognition; organizations’ status in the accountability community; and organizations’ procedural constraints. The essay concludes that only the last argument holds up–and then, only with caveats.

The cultural importance of religion and its ambiguous potential effects on the stability of liberal democracy and the rule of law recommend including information about religions in public school curricula. In certain contexts, there are even good secular reasons to have this done by teachers approved by the religious communities for their respective groups of pupils, as is being practiced in various European states (with a possibility of opting out, with ethics as a substitute subject in some schools). Is this practice compatible with the religious neutrality of states? An illustrative analysis shows how suitable criteria for the admission of religious groups to offering religious education can block the objection of undue preference. Like any solution in this field, it is not immune to theoretical and practical problems.

Liberal democracies attempt to accommodate conscientious objections without having a clear understanding of the claims of conscience. This might lead to an Antigone claim, when conscience is irreconcilable with state authority. In this essay, I sketch three different models of conscience: a knowledge-based model where conscience gives priority access to moral norms; an emotional model that treats conscience as a natural capability that alerts us to wrongdoing; and a reflection model that argues that conscience works as our inner tribunal. Each model presents a different challenge to political authority. The conflict becomes tragic in Antigone’s sense only when conscience is portrayed as providing knowledge of moral norms. The other two models can be squared with political authority in various ways, but they do not offer a final case for the authority of conscientious claims; at best, they show that political authorities should hear conscientious claims and engage with them in public deliberation. Conscience thus reconstructed can provide a constructive function in any society a) by holding political authorities to account; b) by forcing them to provide reasons for their actions; and, ultimately, c) by refining our deliberative and adjudicative practices to make sure that action is always anchored to truth.

Do Human Rights Have a Secular, Individualistic & Anti-Islamic Bias?

There is a widely shared belief, both within and outside the Muslim world, that Islamic law cannot be reconciled with the modern human rights regime that developed out of the 1948 Universal Declaration of Human Rights (UDHR). Many Muslims perceive that the purportedly individualistic, secular, and Western orientation of human rights is alien to Islamic values. Abdulaziz Sachedina and other scholars of Islam have argued that the underlying tenets of the UDHR and its progeny are simply incompatible with Islamic law. In reality, the problem is not an underlying conflict between human rights and Islam, but the mistaken assumption that the modern nation-state is the proper institution for interpreting and enforcing Islamic law.

Central values of Judaism and the historical experience of Jews are sources of strong Jewish support for democracy, especially in the United States, where Jews did not have to wait for citizenship and rights to be conferred on them–and possibly withdrawn. Judaism is strongly committed to the political order in the United States and to the pluralistic, dynamic civil society it helps make possible. Jews have the freedoms that others have, and those freedoms resonate with fundamental Jewish values in ways that matter even to nonpracticing Jews. Moreover, there are reasons to regard the Constitution’s nonestablishment neutrality as comparing very favorably with a notion of public reason as a political approach to the question of state and church relations. Neutrality does not impose upon or require bracketing of individuals’ constitutive commitments and their conceptions of what matters most integrally to them. Public reason is vulnerable to that troubling possibility.

This essay examines the question of the moral justification of patriotism, given a Kantian view of morality as requiring an equal respect for every human being. The essay considers the background in Kant’s moral theology for his cosmopolitanism. It then considers an extreme version of cosmopolitanism that denies a proper place for love of one’s country, and it engages with a contemporary atheist cosmopolitan, Seyla Benhabib, suggesting that there are resources in Kant’s moral theology to ground the hope that she expresses but does not succeed in grounding. Finally, it considers patriotism as a perfection of cosmopolitanism, in the same way that love of an individual can be a perfection of love of humanity. The essay suggests that defensible versions of cosmopolitanism put constraints on what kind of love of one’s own country is morally permissible. But these constraints require the background in a Kantian moral theology.