Following the 2014 annexation of Crimea and the alleged Kremlin-backed interference in the 2016 U.S. presidential election, the United States has refocused on Russia and its enigmatic leader: What motivates Vladimir Putin? Why did the “reset” of U.S.-Russian relations fail? What potential is there for significant political change in Putin’s Russia? And what could Russia look like once he is no longer in power?

Putin’s long and eventful reign began in 2000 and is now well into its second half. In October 2017, he will turn sixty-five, while his country observes the 100th anniversary of the Russian Revolution that toppled tsarism and eventually swept the Bolsheviks to power.

Amidst these milestones, and with Putin poised to retain his leadership role for another ten to fifteen years, the American Academy invited a multidisciplinary group of authors with expertise in modern Russian history, politics, and society to share their views on what Putin’s Russia represents today—and what the future may hold for Russia and the international community once he is no longer in power. 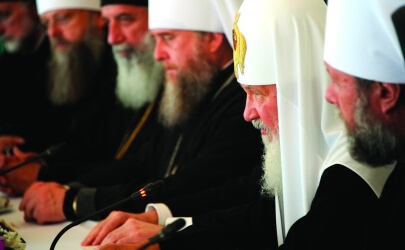 The year 2017 marks the centenary of the Russian Revolution, a reminder that wrenching change has been the rule, not the exception, in modern Russia. As the Putin era winds down, there is potential for fundamental and meaningful change in Russia, but it is not inevitable. Nor will change necessarily be of the sort Western observers would approve. This introduction to the issue poses the question, explored in depth in subsequent essays, of whether fundamental change in Russia would overhaul the system, or modify or improve it without transforming it. And, if change occurs, whether it will be toward a more open and democratic political order, a more closed and authoritarian political order, or destabilization and disorder. The next ten to fifteen years may see the close of Putin’s long and eventful reign, inviting us to think afresh about Russia’s political future.

Since taking charge of Russia’s government almost two decades ago, Vladimir Putin has pursued systemic stability above all else, and with it, he has achieved economic and demographic recovery. But societal growth has been juxtaposed with the state’s growing rigidity and control-mindedness. And the accumulation of economic, social, and foreign-policy problems raises questions about the sustainability of the current regime. Timothy J. Colton explores Putin’s tenure through several core paradoxes, including that Putin’s personal popularity has not always been matched by confidence in his policies and that Russia bucks the global trend that links social and economic modernization to political democratization.

The Prospects for a Color Revolution in Russia

From 1998 to 2005, six “color revolutions” took place in postcommunist Europe and Eurasia that led to the defeat of authoritarian incumbents or their anointed successors, the empowerment of opposition forces, and the introduction of democratic reforms. Similar to and in close proximity of those regimes, Russia is a logical candidate for such a color revolution. Indeed, personalized rule makes Putin’s Russia vulnerable. Yet Putin has been extraordinarily effective in preempting the possibility of an opposition victory in Russian presidential and parliamentary elections. Valerie Bunce weighs the mixed possibilities and offers her assessment of the likelihood of a color revolution overthrowing Putin’s Russia.

For centuries, Russian politics have been shaped by patronalism: a social equilibrium in which personal connections dominate, collective action happens through individualized punishments and rewards, and trends in the political system reflect changing patterns of coordination among nationwide networks that typically cut across political parties, firms, nongovernmental organizations, and even the state. Henry E. Hale argues that the hallmark of the Putin era has been the increasingly tight coordination of these networks’ activities around the authority of a single patron. Further, Hale finds that Russia is unlikely to escape the patronalist equilibrium in the short term. Rather, longer-term transitions through diversified economic development and integration within the Western economy could open the door.

The Next Mr. Putin? The Question of Succession

Vladimir Putin, the person and the president, is the wild card in Russian politics, and his eventual departure could be utterly destabilizing. Russia’s main problem is thus determining who or what replaces Putin as the fulcrum of the state system in the decade ahead. Fiona Hill considers potential successors, and answers the question of whether “Putin’s Russia” – a hyperpersonalized presidency supported by informal elite networks – can transform into a depersonalized system rooted in formal institutions with clear, predictable mechanisms to mitigate the risks of a wrenching presidential succession.

The siloviki – Russian security and military personnel – are a key part of Team Putin, but they are not a unified or coherent group. Brian D. Taylor suggests that the siloviki, as a conservative force supportive of the status quo, lack the attributes that would allow them to bring about fundamental political change in Russia. Efforts to maintain the stability of the existing political order are likely to be reactive, divided, and behind the scenes.

Putin-Style “Rule of Law” & the Prospects for Change

In Putin’s Russia, the regime uses the law and legal institutions to fulfill political goals, to communicate them to society, and to manage the authoritarian coalition that helps the president govern. As a result, the law is highly consequential and important, but its use tends to be arbitrary, expedient, and instrumental, rather than predictable and principled. Can we expect any major shifts in the role of law and the courts over the next ten years? Russia’s legal regime is unlikely to undergo major evolutionary change and may outlive Putin’s tenure: both foreign and domestic pressures for change toward constitutionalism are limited. If a positive shift were to take place, Russia would inch toward authoritarian constitutionalism. But negative change is also possible. If Putin’s regime weakens, the politicized use of the courts against both dissidents and political competitors within the authoritarian coalition will increase.

The intellectual discourse of any state can function within two broad paradigms: consensual and pluralistic. While the Western political system broadly rests on the politics of liberal consensus, Russia’s history engendered the politics of paradigmatic pluralism: a number of radically different politicointellectual frameworks struggle for the dominant discourse. Elena Chebankova argues that, due to the nature and substance of these models, fundamental change of Russia’s dominant discourse, along with its main politicoinstitutional parameters, is unlikely within the next ten to fifteen years.

Is Nationalism a Force for Change in Russia?

There are three categories of Russian nationalist actors: nonstate actors, whose agenda is anti-Putin; parastate actors, who have their own ideological niche, not always in tune with the presidential administration’s narrative, but who operate under the state umbrella; and state actors, in particular, the presidential administration. Nonstate actors, who embody Russian ethnonationalism and whose agenda is anti-Putin, pose a serious threat to the regime. But the Kremlin is not “frozen” in terms of ideology, and its flexibility allows it to adapt to evolving situations. Marlene Laruelle suggests that one of the most plausible scenarios is the rise of a figure inside the establishment who would be able to prevent the polarization of Russian nationalism and could co-opt some of its slogans and leaders, gradually channeling the official narrative toward a more state-controlled nationalism.

The Atlas That has Not Shrugged: Why Russia’s Oligarchs are an Unlikely Force for Change

There is demand among Russia’s oligarchs for systemic change, but not for the rule of law proper. Instead, it is the de facto accountability of political elites and improved relations with the West that the Russian oligarchs want from the Kremlin. However, the oligarchs currently lack the capacity to effect change. Their insufficient leverage vis-à-vis Putin is rooted in their competition for rents, which prevents them from confronting the Kremlin as a united force. In addition to analyzing the lack of systemic pressure for change from the oligarchs, this essay considers the prospects of individual oligarchs who have nevertheless pushed openly for liberalization or tried to effect incremental change. It also draws on comparisons with other countries to chart the political behavior of Russia’s business elites in the future.

How and why loyal Russian citizens – who make up more than 80 percent of the adult population – come to find themselves on the barricades is something of a puzzle. Rather, the ability of the Russian system to maintain political stability in the face of prolonged economic hardships depends on Russia’s “social contract”: a peculiarly disengaged relationship between Russian citizens and their state. Though Russian citizens clearly understand the failings of the political system and leadership, their inactivity and antipathy toward the country’s ruling elite reflect decades of institutional dysfunction. Samuel A. Greene suggests that this could lead to an increase of grassroots protest movements, but questions whether reactive civic mobilization can lead to a proactive process of bottom-up agenda setting.

Since the NATO bombing of Yugoslavia in 1999, Russian elites have increasingly seen the United States as a distinctively threatening power with a strategy to exploit civic organizations, ethnic groups, and other forms of domestic pluralism to overthrow unfriendly regimes. And with each new crisis in U.S.-Russian relations, Russian leadership has tightened controls over society, the press, and the state. Keith A. Darden asserts that the aggressive U.S. promotion of democracy abroad has produced the opposite effect: successive Russian governments pursuing greater military and intelligence capacity to intervene abroad, and tightening authoritarian controls at home to prevent foreign exploitation of the internal pluralism that emerged in the wake of Communism.

Images of the Future

This concluding essay outlines several alternative futures for Russia in the coming decades, building upon the perspectives and information in the preceding essays in this volume and relating these to my own thinking about the future of Russia. Hence, this essay does not represent a consensus of the issue’s twelve authors, but rather a meld of their thoughts and my own.