When it comes to House size, the United States is an outlier, with a ratio of 762,000 constituents per representative. In the United Kingdom (population sixty-six million), the House of Commons has 650 members, one for every 101,000 Brits. Germany’s Bundestag has 709 members, one for every 116,000 Germans. Among member countries of the Organisation for Economic Co-operation and Development (OECD), the country with the next-largest average district size is Japan, with roughly 270,000 citizens per representative.

Constituents per Representative in OECD Countries 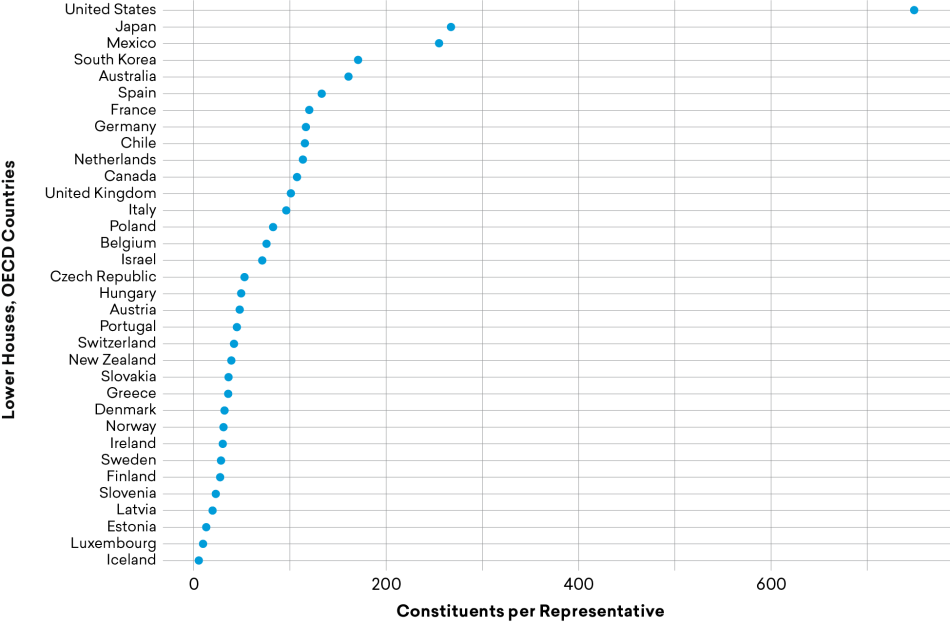 In Figure 7, the black line represents a perfect one-to-one ratio between the cube root of a population and lower-legislative chamber size.

The black line represents predicted chamber size based on the Cube Root Law; the United States has a very small lower house for such a populous nation 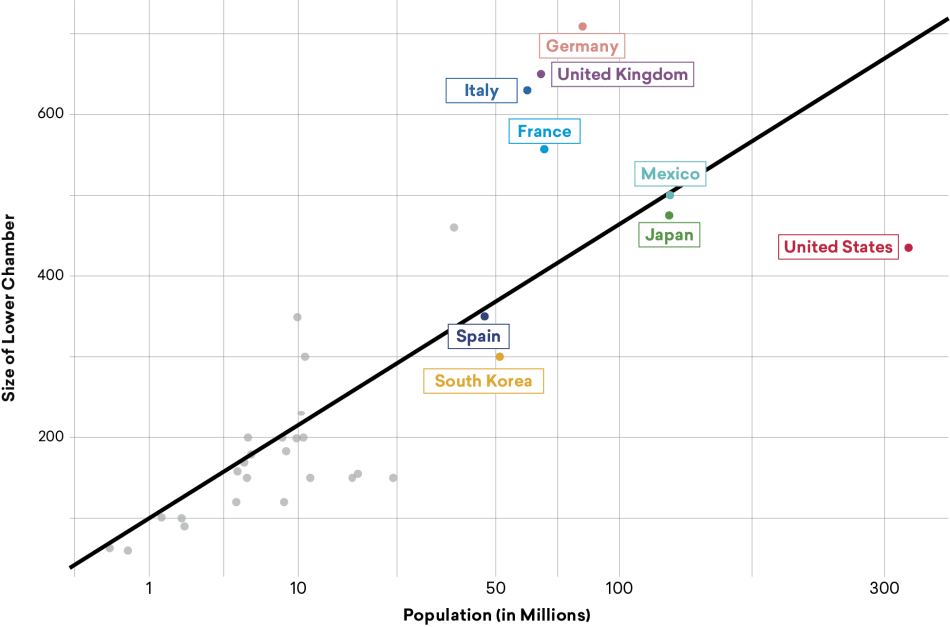 Note: X-axis is scaled by the cube root of the population. Source: Data from the ACE Electoral Knowledge Network.

Over time, democracies change the size of their lower houses, often in response to changing populations, though other considerations also drive change.49 Compare the United States with five other major Western democracies (Figure 8), all of which have changed the size of their lower legislative bodies over the last sixty years. While the United States is by far the most populous, it barely has more representatives than Canada, even though the United States has more than nine times as many residents (notably, the size of Canada’s House of Commons remains close to the cube root of the country’s population). 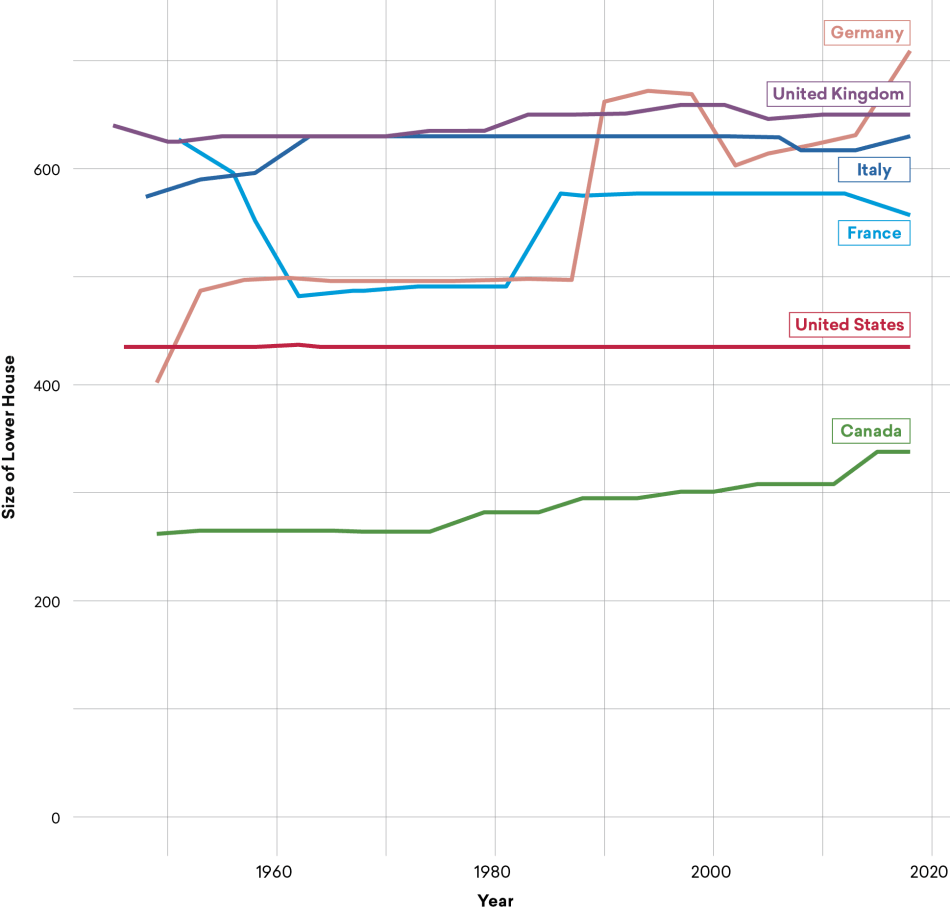 Authors
Lee Drutman, Jonathan D. Cohen, Yuval Levin, and Norman Jay Ornstein
Project
Commission on the Practice of Democratic Citizenship
Share
Previous Section
Part V: Impact of House Expansion on the Partisan Control of Congress and the Electoral College
Next Section
Part VII: Other Reforms to Pair with Enlarging the House
Back to table of contents