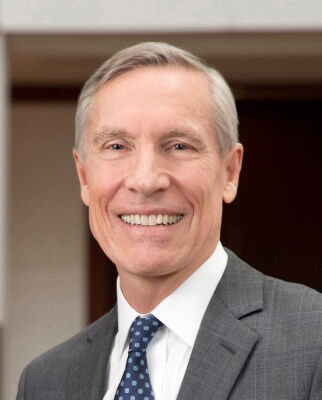 David Oxtoby became President of the American Academy of Arts and Sciences in 2019.

Dr. Oxtoby is President Emeritus of Pomona College and was President-in-Residence at the Harvard Graduate School of Education prior to becoming President of the American Academy. In 2017, he co-founded the Presidents' Alliance on Higher Education and Immigration, a coalition of over 400 college and university presidents.  As the ninth president of Pomona College, serving from 2003–2017, Oxtoby has been recognized as a leader in American higher education, at the forefront in advancing environmental sustainability, increasing college access, cultivating creativity, and pursuing academic excellence in the context of an interdisciplinary liberal arts environment.  Previously, he served as Dean of the Division of Physical Sciences and the William Rainey Harper Distinguished Service Professor of Chemistry at the University of Chicago. He served as Chair of the Board of the Association of American Colleges and Universities and as President of the Harvard Board of Overseers. He is the author of over 160 scientific articles, and of two leading chemistry textbooks.