Civil wars are not a new phenomenon. The late 20th and early 21st centuries have witnessed the weakening and collapse of state-imposed order in countries ranging from North Africa to Central Asia. 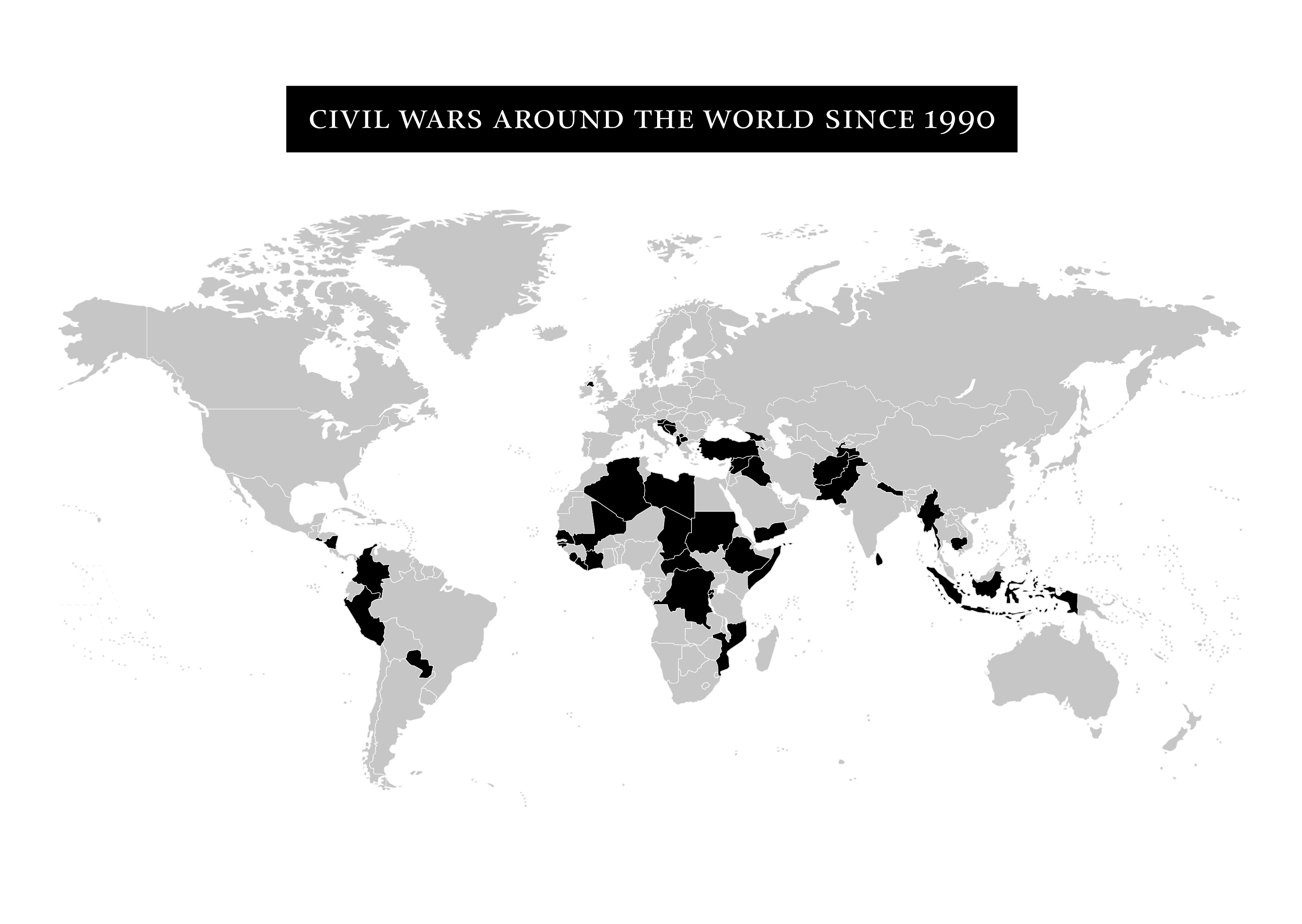 Some cases are largely the consequences of foreign military interventions, others due to internally driven and externally supported civil wars, and still others a continuation of strife dating back decades.

Beyond the instances of manifest loss of state control over large parts of sovereign territory, there are also growing instances of state inability or unwillingness to contest control of parts of a country, thereby affording sanctuary to potentially lethal terrorist groups and expansionist ideological movements with aspirations threatening the stability of the surrounding region.

The causation of civil wars and the policy responses have been debated extensively since the end of the Cold War. In the 1990s, high profile cases of genocide and massive human suffering generated the doctrines of responsibility to protect (R2P) and humanitarian intervention, as well as a genre of literature advancing theories and policy prescriptions to bolster weak states and rebuild collapsed states.

In the first decade of the 21st century, an emphasis on counterinsurgency doctrine and state-building, mostly inspired by massive U.S. efforts in Afghanistan and Iraq, dominated deliberations on restoring political order eroded by internal conflict. At the same time, there emerged a tendency by some both in government and academia to emphasize the potential threat of terrorist sanctuary in any so-called ungoverned space, an argument even advanced by former Australian Prime Minister John Howard when justifying his government’s robust 2003 intervention in the Solomon Islands.

In the current decade, disappointment over the limited returns on significant external investments made in Afghanistan and Iraq, as well as increased skepticism about the actual threat posed by civil wars to U.S., regional, and global security, have led some to question whether emphasis on wars of internal disorder distracts the major powers from more important issues of geopolitical competition and cooperation.

Still, there remain important questions about threats to U.S. interests and world order posed by the breakdown of state control and civil wars, including terrorism (and the employment of WMD), the spread of conflicts fueled by the involvement of outside powers, destabilizing refugee flows, and pandemics. In the current political environment, these are issues of interest to a broad audience, both domestic and international.