On June 19, 2014, the American Academy introduced a fully revised Humanities Indicators website (http://HumanitiesIndicators.org), a new report showing contraction across a number of funding streams for the field, and a new data forum designed to spur further dialogue about the state of the humanities. 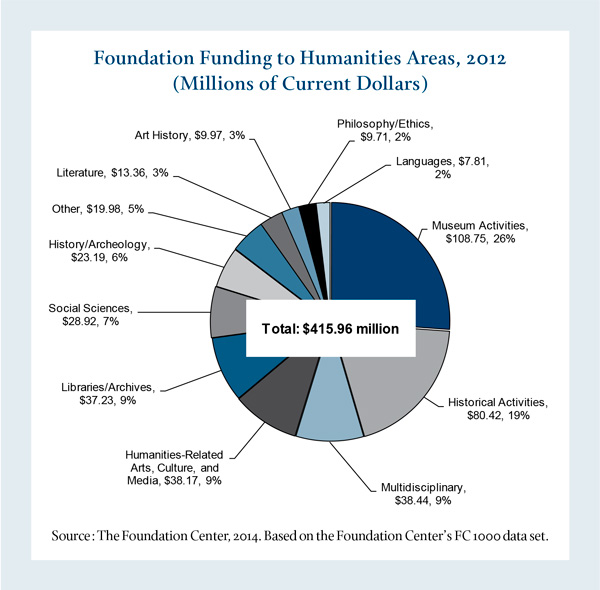 The release of these new research tools coincides with the first anniversary of the publication of The Heart of the Matter, the report of the Commission on the Humanities and Social Sciences, and marks the Academy’s ongoing commitment to the humanities.

The Indicators website currently covers 76 topics and includes over 270 graphs detailing the state of the humanities in schools, higher education, the workforce, research and funding support, and the life of the nation. Information is updated regularly as new data become available.

The new funding report, The State of the Humanities: Funding 2014, demonstrates the contribution the Indicators make to our understanding of the field. The report shows that financial support to the humanities from an array of sources – federal, state, and private – is tiny in comparison to other fields and remains below pre-recession levels.

The Indicators project, chaired by Norman M. Bradburn (NORC; University of Chicago), is an objective source of the best available data on the humanities, so the new funding report only describes the numbers – inviting others to assess what these trends might mean for the field. To foster such conversations about the Indicators as well as about data generated by other Academy projects, the Academy initiated The Data Forum (https://www.amacad.org/dataforum), in which invited experts discuss the data and offer context, perspective, and critiques for new findings.

The Data Forum reinforces an ongoing effort among project leaders to make the Indicators easier to use, assuring that journalists, researchers, and the general public can quickly find answers to questions about the humanities.

Some of the changes to the Indicators website are cosmetic – such as offering a fresh and streamlined design – but most of the revisions are structural, foregrounding statistical findings and accompanying figures rather than descriptive narratives. To aid in the use of this evidence, the site also offers PowerPoint slides and PDFs that can be easily incorporated into presentations or articles. 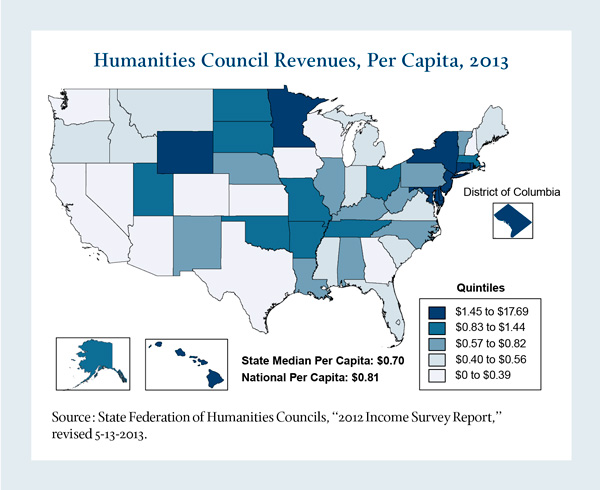 While the revisions simplify the presentation of evidence for a general audience, critical context about the information has been preserved in detailed notes “About the Data.”

The Indicators were first published as a prototype in 2009, after a group of Academy members acknowledged that a long-running series of Science and Engineering Indicators from the National Science Foundation had been driving much of the conversation about the needs of the scientific community.

Like their more established counterpart in the sciences, the Humanities Indicators have provided a starting point for an array of discussions, such as last year’s debates about trends in the number of college majors in the humanities.

The Humanities Report Card: 2013, which drew heavily on findings from the Indicators, has also enjoyed a wide audience. Over 10,000 copies have been distributed in print, with thousands of additional copies disseminated through the Web and social media.

Several new studies and reports are forthcoming from the Indicators project, including results from a study of humanities departments at four-year colleges and universities (available in September), findings on employment and salaries for humanities majors, and an analysis of the revenues of humanities non-profit organizations.

The Academy gratefully acknowledges the financial support of The Andrew W. Mellon Foundation, primary funder of the Humanities Indicators, as well as the National Endowment for the Humanities.

The Humanities Indicators website continues to develop and evolve. Please contact the project staff (at humanitiesindicators@amacad.org) with any questions or suggestions.