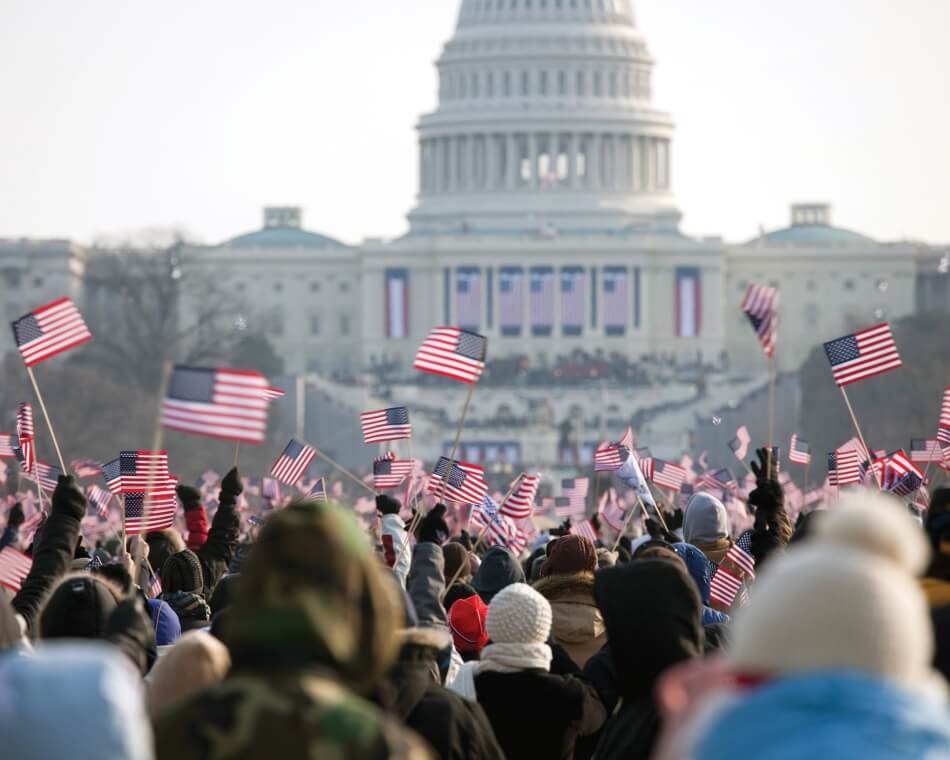 The American Academy of Arts and Sciences was founded by visionaries who foresaw that the nascent republic would benefit from the expertise of learned citizens to guide its development, health, and integrity through whatever challenges may arise.

Today, the clarity of that vision has never been more evident. The pandemic, the 2020 election and its aftermath, and the movement for justice and reform in the wake of continued racial injustice have demonstrated the importance of shoring up our institutions and civil society on behalf of the public good. We find ourselves in a time of deepening divides across lines of politics, race, religion, income, and opportunity. The institutions we have long turned to for leadership and information are under fire, and doubt about the credibility of the media, government, commercial enterprise, and academia is cast from many directions. Strong and responsive institutions and a healthy civil society can carry us through crises and are vitally important in their aftermath.

From these challenges springs an ever-greater need for innovation and reinvestment in America’s founding values and its promise. As the Academy’s report Our Common Purpose: Reinventing American Democracy for the 21st Century notes, we are experiencing an age of surging civic participation, “of communities working to build new connections across long-standing divides, and of citizens suddenly awakening to the potential of their democratic responsibilities.” It is in times like these that members of the Academy, through projects in the American Institutions, Society, and the Public Good program, combine their extraordinary and diverse expertise to strengthen the relationships between our national institutions, civil society, and the American people. 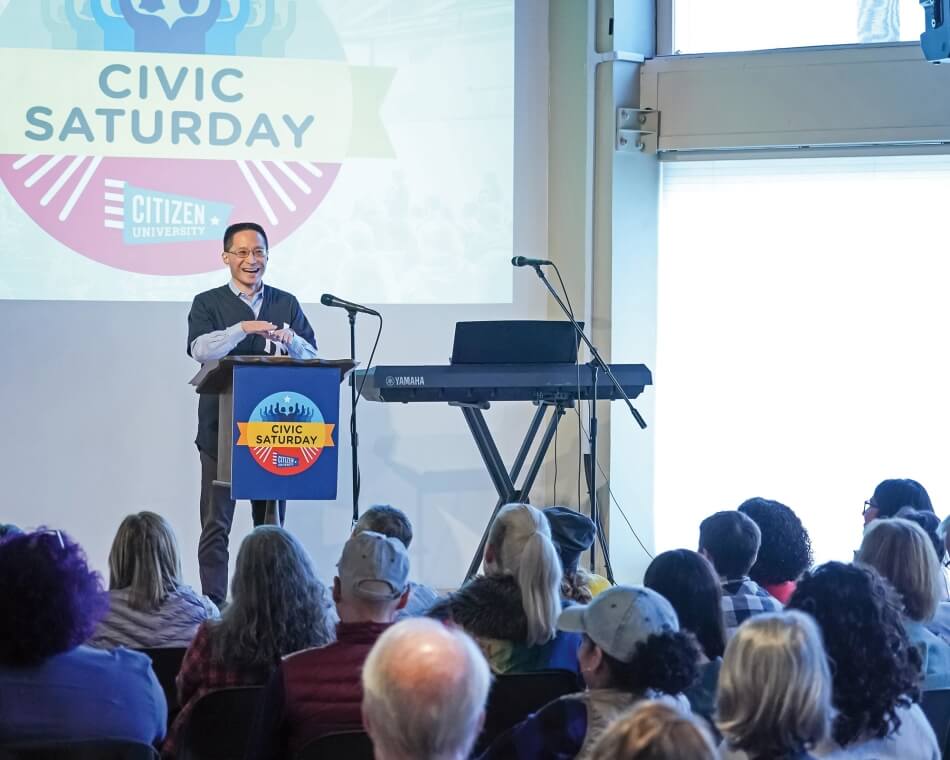 The Commission on the Practice of Democratic Citizenship is a multiyear project of the Academy. The Commission launched in 2018 to explore the factors that encourage and discourage people from becoming engaged in their communities. The Commission’s final report, Our Common Purpose: Reinventing American Democracy for the 21st Century, seeks to improve democratic engagement in the United States with a set of thirty-one recommendations that reach across political institutions, civic culture, and civil society to revitalize American democracy by increasing representation, empowering voters, making institutions more responsive, and reinvigorating our civic life.

The Academy has committed to make significant progress on all thirty-one recommendations by 2026, the nation’s 250th anniversary. In collaboration with champion organizations and leaders from across the nation, who are committed to the advancement of the recommendations, the Academy will host public events and targeted briefings; provide expert testimony and thought leadership; convene experts and practitioners for knowledge sharing and strategy development; create op-eds and other earned media; and in other ways stand up and support the ongoing implementation of Our Common Purpose.

Our Common Purpose: Reinventing American Democracy for the 21st Century (American Academy of Arts and Sciences, 2020)

The Political and Civic Engagement of Immigrants, Caroline Brettell (American Academy of Arts and Sciences, 2020)

The Internet and Engaged Citizenship, David Karpf (American Academy of Arts and Sciences, 2019) 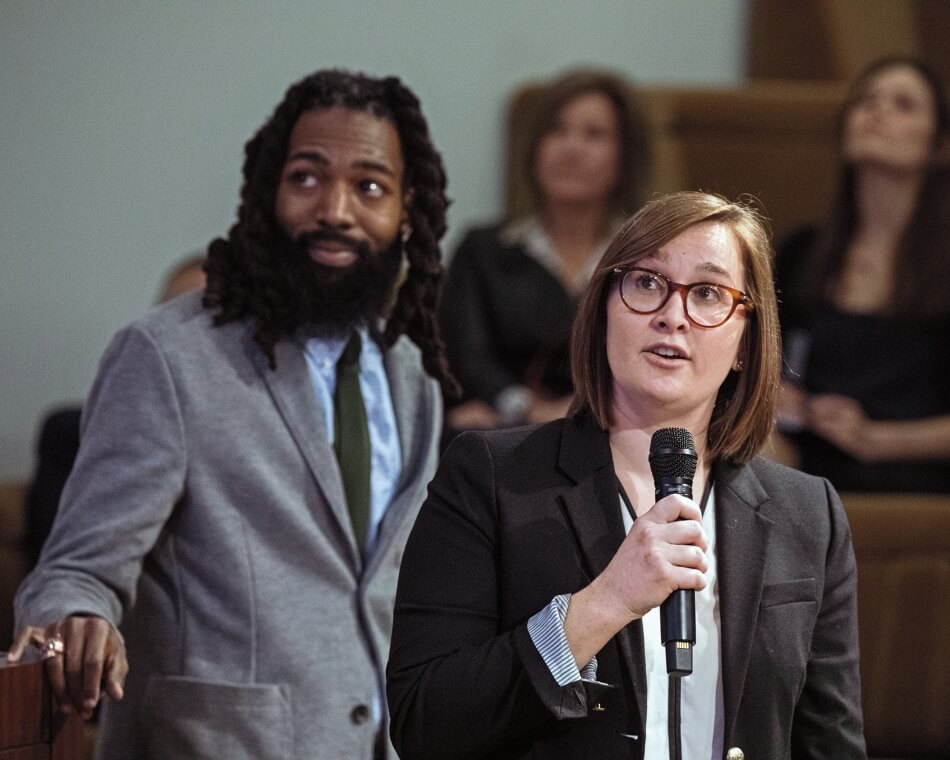 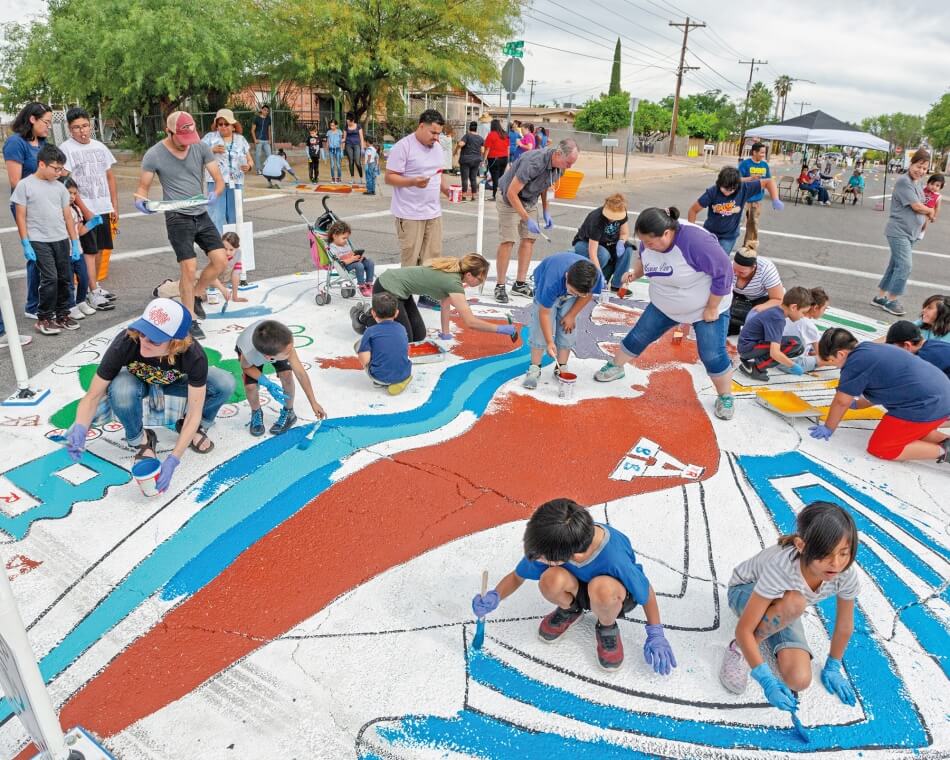 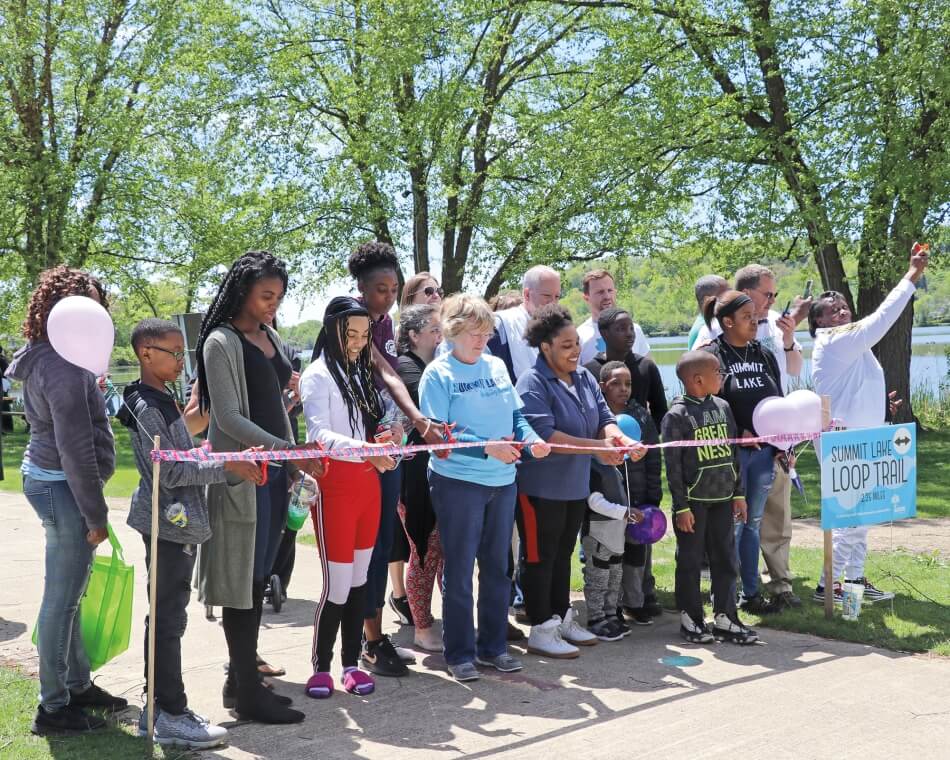 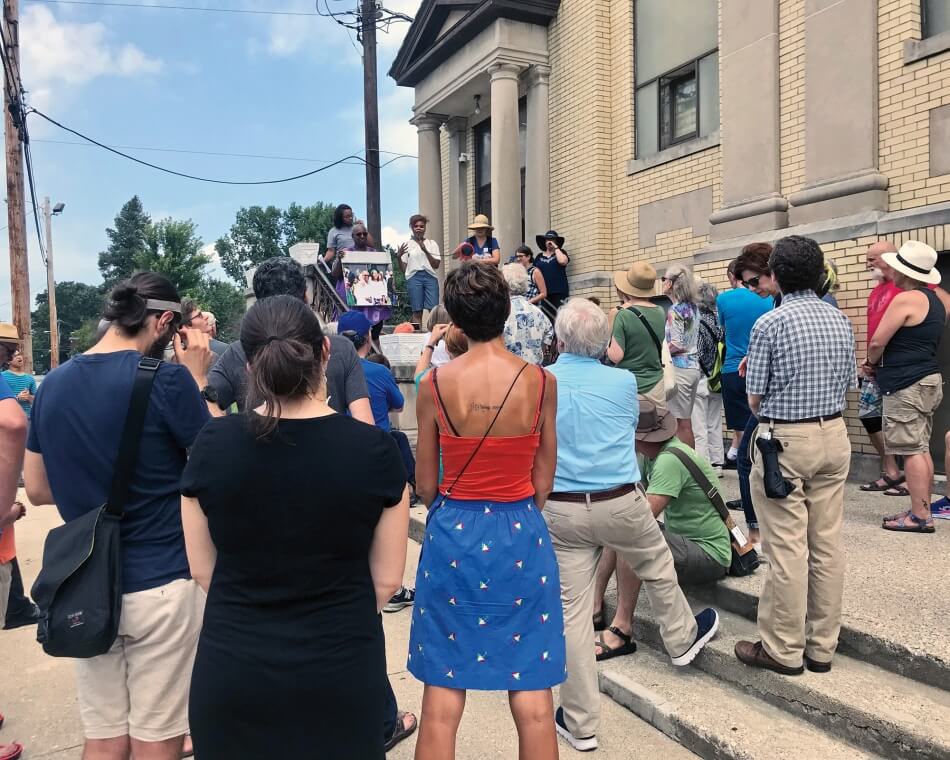 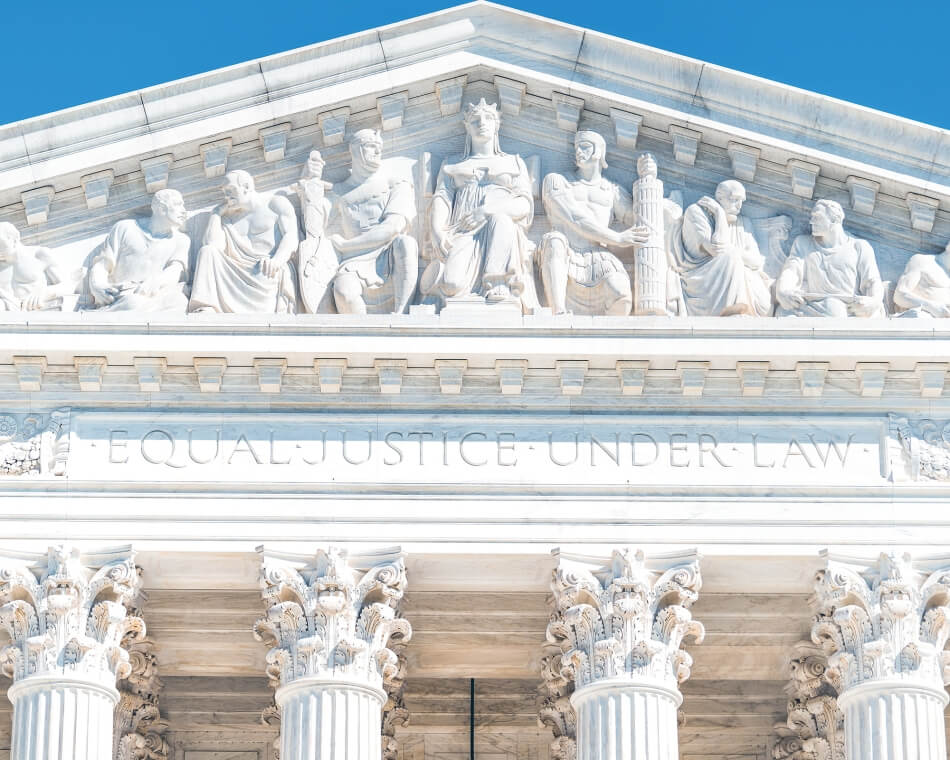 Unlike criminal legal proceedings, citizens are not guaranteed representation by a lawyer in civil legal cases. In fact, millions of Americans experience civil legal problems that significantly impact their well-being, safety, and stability, and most face these problems alone – without the help of a lawyer. This is known as the civil justice gap, defined as the difference between the civil legal needs of Americans and the resources available to meet those needs.

In February 2022, the Academy launched a two-year implementation phase of the Making Justice Accessible project in order to make progress on the recommendations in the Civil Justice for All and Measuring Civil Justice for All reports and to draw attention to significant issues that impact the sustainability and scale of efforts to close the civil justice gap. The Academy will build awareness of promising developments, expand support for civil justice funding, and develop a vision for a national strategy to coordinate civil justice initiatives.

This implementation phase builds on the two projects that addressed the challenges of providing legal services to low-income Americans. The first project, Designing Legal Services for the 21st Century, produced the Civil Justice for All report, which recommends targeted investments, simplified procedures, greater coordination and new partnerships among a range of fields and sectors, and new advocates who are trained and encouraged to provide more accessible legal assistance. The second project, Data Collection and Legal Services for Low-Income Americans, produced the Measuring Civil Justice for All report, which created a blueprint for future data collection efforts, including establishing a research agenda for scholars, practitioners, and policy-makers. Participants included representatives of the courts and foundations, legal aid providers, as well as legal scholars and social scientists. The related Winter 2019 issue of Dædalus on “Access to Justice” is a multidisciplinary study of the civil justice gap, examining new models for the delivery of legal aid.

Measuring Civil Justice for All (American Academy of Arts and Sciences, 2021)

Civil Justice for All (American Academy of Arts and Sciences, 2020)

Commission on Reimagining Our Economy 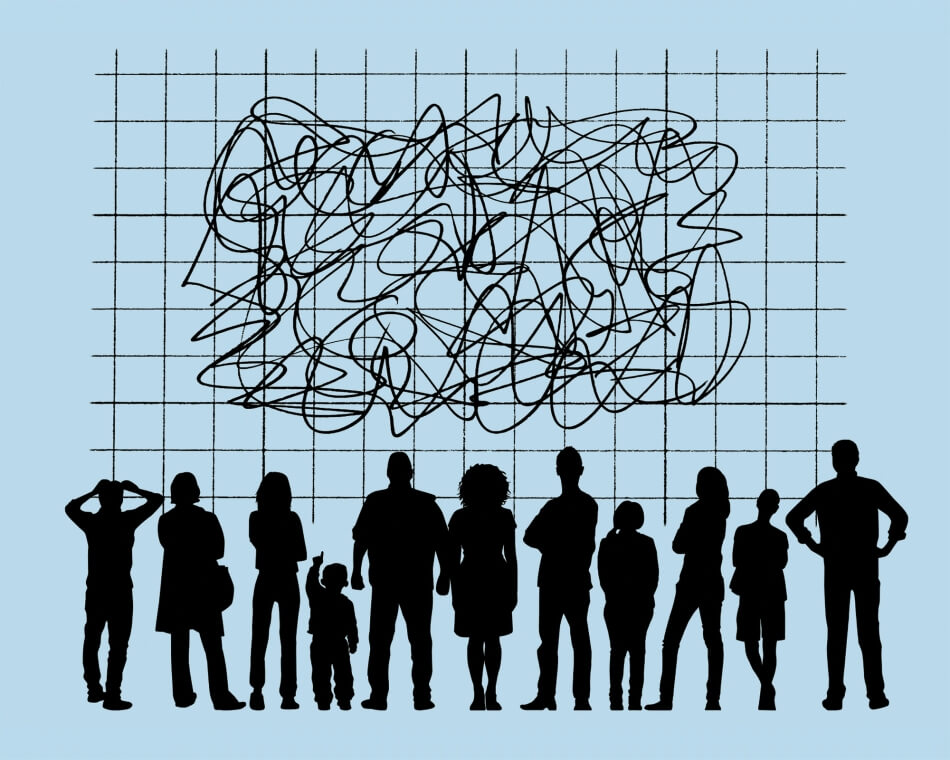 Economic uncertainty is a disruptive force in American life. In the United States today, too many families are unable to achieve the life they want despite their best efforts, too many communities have not benefited from economic growth, and too many Americans believe the economy does not work for people like them. These conditions not only harm lives and livelihoods, but they also sow distrust in our political, economic, and community institutions. The widespread belief that the economy does not give everyone a fair chance exacerbates tensions among Americans, threatening the nation’s social fabric and its democracy.

The Academy launched the Commission on Reimagining Our Economy (CORE) in October 2021 with the goal of rethinking the principles, metrics, narratives, and policies that shape the nation’s political economy. While policy-makers and journalists often track how the economy is doing, the Commission seeks to direct a focus onto how Americans are doing, elevating the human stakes of our economic and political systems. The Commission builds on the work of Our Common Purpose, which acknowledges that economic conditions shape the practice of democracy but does not offer recommendations specifically targeted at economic issues.

The interdisciplinary Commission comprises scholars, journalists, artists, and leaders from the faith, labor, business, education, and philanthropic communities. Through listening sessions, data collection, and a commitment to cross-partisan work, the Commission will develop bold, achievable recommendations to build an economy that works for all Americans. The Commission represents a vital endeavor to reimagine the nation’s political economy, to ease distrust, and to help the American people face the challenges of the twenty-first century.