By
Ary A. Hoffmann
Back to table of contents
Share

Like many biologists, I had an early fascination with nature. As a seven- or eight-year-old child, I was particularly taken with mushrooms and toadstools, collecting them in woods outside The Hague, and studiously comparing them to pictures in my precious field guide. I remember being particularly struck by the sharp colors, symmetrical shapes, and intricate gills of the toadstools. This was my first taste of biodiversity even though the woods where my fungi grew were undoubtedly highly managed ecosystems!

At the age of ten, my family migrated to New Zealand and we lived on a vegetable farm. I became concerned about quite a different form of biodiversity; namely, the thrips that were eating our onions, nematodes that were boring through our potatoes, and weeds that were smothering our lettuce and cabbage seedlings. I was fascinated by the rapid destruction caused by these animals, along with diseases that could turn a wholesome looking pumpkin or potato into a soggy mess in a matter of days. Nature provided an ongoing set of challenges for my father, who tried to fight back chemically with the help of a brass knapsack sprayer and later a boom sprayer mounted onto an old Ferguson tractor. However, I admired the fact that weeds could grow so quickly and keep coming back no matter how many times we hoed the soil or sprayed them. I was particularly impressed by their flexible growth patterns, such as the way barnyard grasses could grow to become almost invisible by hugging the soil, then to throw up seed heads that could disperse into the wind. And I became aware of the insects that became rapidly immune to the chemicals we were using to try to control them, seemingly untouched by the toxic mix that was hated by my father. 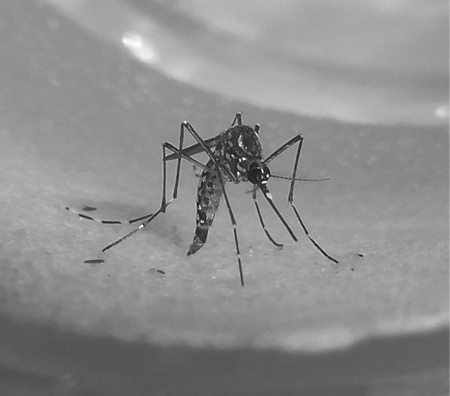 Much of the biological variability I encountered in my childhood stays vividly with me now and very much forms part of my ongoing research drive. Growing up on the farm I appreciated the endless variation in bugs and weeds that we were trying to control, as well as the variation in crop plants that we grew, such as the brassicas that included cauliflower, cabbage, and Brussels sprouts, and tomatoes that varied from staked plants with perfectly round fruit to bushes with huge wrinkled fruit. After leaving school, I worked on a large sheep, cropping, and beef farm on the Canterbury Plains of the South Island. There I encountered a different type of variability in the shape of many breeds of cattle, including large Charolaise and compact Hereford breeds as well as the solid Angus, all of which were being crossed. I learned to separate my Corriedales from Romneys and how breeding could build up lines for different purposes.

All this variability forms the basis of the disciplines of evolutionary biology and genetics. It is surprisingly easy to utilize it experimentally, much as breeders have done across the centuries. I recall that as a Ph.D. student, I was keen to generate some diversity in the lab and play at evolution, so I generated lines of flies that could smell unusual compounds and that were attracted to different types of fruit. I came to appreciate the speed of evolution that is so well used by our plant and livestock breeders, and that also underlies ecological adaptation, allowing populations to exploit new habitats. I discovered native flies around Melbourne that had evolved and adapted to take advantage of fruit orchards, new environments that had not existed a few hundred years previously.

And yet throughout my career I kept coming across situations where rapid adaptation had not occurred, where the fly species I was studying were restricted to wet patches of ferny forest, using native fruit and fungi, just like they had for millions of years previously. These species with narrow ecological distributions seemed destined to become threatened species. Ongoing variation and evolution seem insufficient to protect these species, and extinction remains an inevitable outcome when our environments are changing so rapidly as land degradation, climate change, and deforestation rates accelerate. What makes these species different from others that can adapt to stressful conditions?

I have more recently started to wonder if evolutionary adaptation might be enhanced even in species that are threatened or with long generation times. I want to know how we might reduce extinctions by helping these evolutionary laggards adapt, so we are not left with a world full of adaptable weeds and invasive species. This could be achieved by boosting genetic variation in populations that lack it, such as through the introduction of new alleles into populations of threatened species that have lost it; such alleles could come from other larger populations or even related species. I’ve been involved in a recent success using this strategy to reinvigorate a population of mountain pygmy possum, a threatened marsupial restricted to the alpine areas of South Eastern Australia.

In other cases, it may be possible to move “pre-adapted” genotypes around the landscape. This is a strategy we are trying for long-lived trees whose persistence is threatened by climate change, which is producing extended droughts and increasingly intensive heat waves. By introducing genetic material of the same species from several hundred kilometers away, where conditions are drier and hotter, it might be possible to ensure at least some trees survive into the future. There is an urgency here because the effects of climate change are already starting to impact all levels of biodiversity – from genes to ecosystems around the world. The same strategy might help corals to survive higher water temperatures.

Novel ways in which adaptation might happen really quickly are starting to emerge. One method is to use “epigenetics,” which refers to the ability of organisms to change their patterns of gene expression for several generations as a direct response to environmental effects. In this way, when a parent is exposed to heat stress, it may lead to modifications in the expression of proteins that are used to protect molecules from denaturing under heat stress, which are then passed on to their offspring and so on. Later generations then become better at dealing with heat stress directly. Such effects have been shown to occur in some plants and fish.

We still don’t know how common epigenetic effects are in organisms and whether they help them deal with stressful situations. Parents exposed to stress might also be damaged in some way. For instance, the offspring of flies exposed to thermal stress show developmental abnormalities. Rather than increasing adaptation, parental heat stress might then also decrease the fitness of the next generation. A challenge is to understand when parental exposure produces adaptive epigenetic effects while avoiding damage at the same time.

Another rapid way in which organisms might adapt is through the microorganisms that live in their gut, in their cells, or on their surface (in the case of plants). It has long been known that microorganisms living inside the cells or tissues of animals and plants can provide various nutritional benefits to their hosts. Recent research also points to microorganisms being important in other forms of environmental adaptation. For instance, microorganisms carried by aphids affect their ability to counter the effects of hot conditions, while microorganisms carried by mosquitoes and flies as well as by many other insects influence their resistance to viruses.

These rapid forms of adaptation to stressful conditions might be exploited not only to generate populations that are more resistant to stressful conditions, helping environmental adaptation, but also within the context of human health. Mosquito-borne diseases – like malaria, dengue, and zika – remain an enormous burden to human health in tropical countries. Microorganisms that block the ability of mosquitoes to transmit malaria and viruses might provide a way to decrease the incidence of these diseases. My group is currently involved in programs in the tropics to take advantage of this opportunity. But we are also investigating the interactions between microorganisms and climate, because the strains of microorganisms that are suitable for disease suppression in different parts of the world will vary with climatic conditions. In this way, we can “pre-adapt” organisms to particular situations.

Adaptation and evolution have formed a rich field of study for me, providing opportunities to build resilience in threatened species and to control organisms that pose threats. We have made massive progress over the last few years in understanding rapid adaptation and we are only just beginning to appreciate how we can generate and use variation in organisms from natural environments. I can only hope that it may yet prove possible to discover new ways to trigger rapid evolution in novel ways that help protect the planet, assist in food production, and decrease disease burden.

Ary Anthony Hoffmann is Chair of Ecological Genetics at the University of Melbourne, Australia. He was elected a member of the American Academy of Arts and Sciences in 2016.