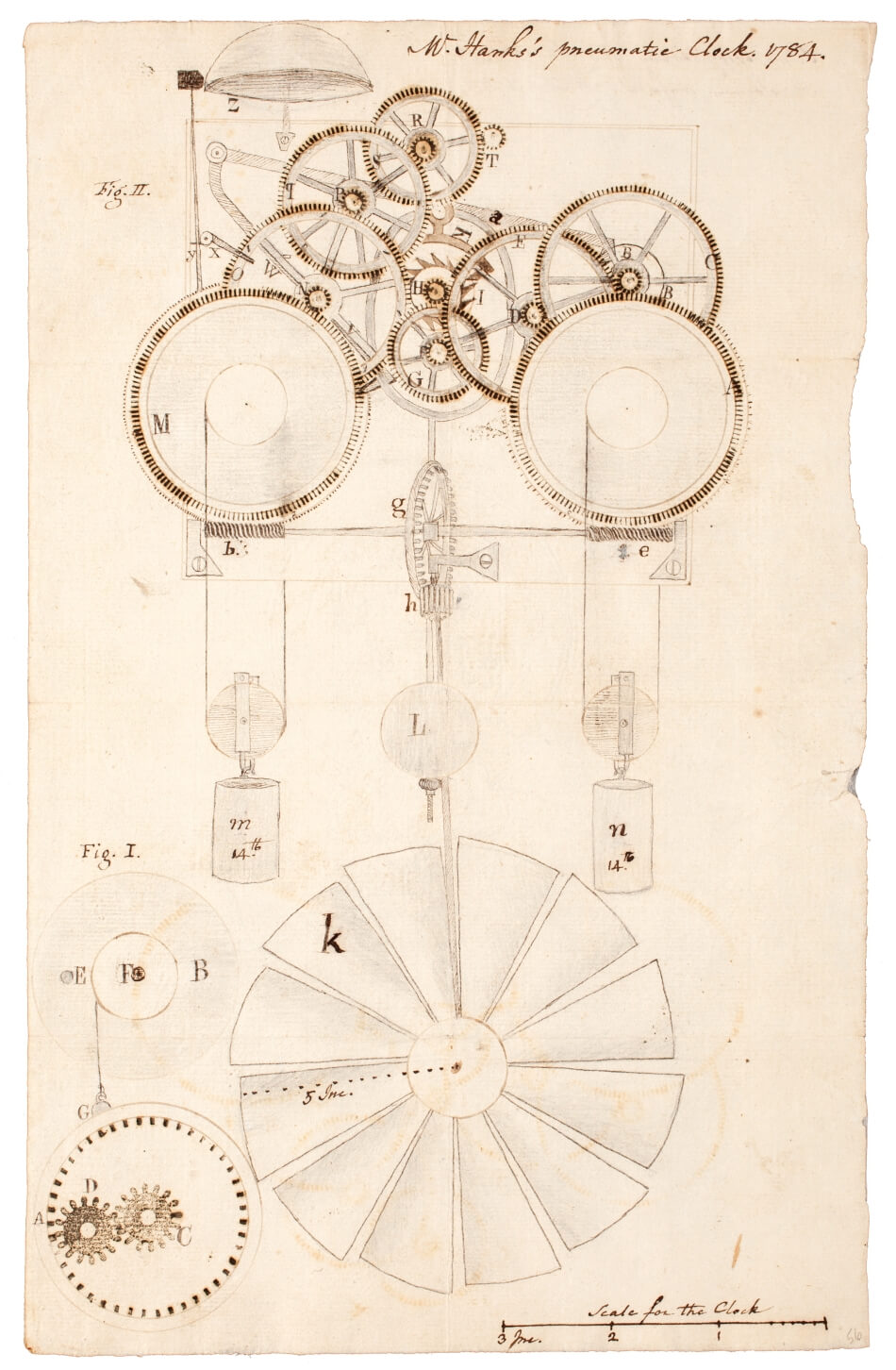 Connecticut goldsmith Benjamin Hanks owned a foundry that manufactured cannons, church bells, tower clocks, and various tools. At the request of Academy Fellow Ezra Stiles, Hanks sent the Academy his design for a clock that would never need to be wound manually. In Stiles’ letter to the Academy of July 3, 1784, he notes that Hanks was granted a patent for the invention the previous year. Variously referred to as an Air Clock, Hanks’ machine was a tower clock designed to automatically wind itself using a variance in air pressure. Hanks noted that all that was needed was, “One hours [sic] good wind will raise them the whole Altitude for ten days: and seldom three days but that they are fully wound up.”

A Description of a Pneumatic Clock

Experiments, made on the Air Clock, shew that there is sufficient Air in motion where there is a close room with a small inlet for the Air to pass; and as it is found by experiments that the Air in such a room is more rare than the external Air, of course the external Air will press in to restore the equilibrium Which will cause a motion of Air, of sufficient momentum to keep a Machine in motion provided it is constructed to run a long Time as ten Days . . . for there is always Air sufficient to raise the weight in that space of Time.

I shall here shew the principles of the Air Clock, and how to calculate the numbers for the Movements, in as clear and compendious a manner as I possibly can.

It is Necessary to construct this Machine, so that the weight may have the same Power on the Machine, while raising, as decending [sic]; otherwise while winding, it would come to a stand. [p. 1]