Celebrating the Newest Members of the American Academy 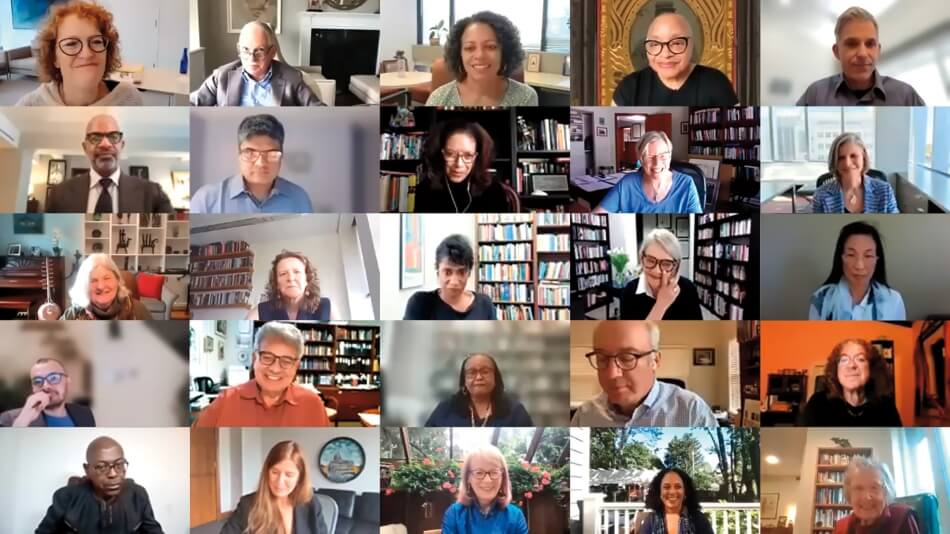 By Patrick Meade, Membership Engagement Associate at the Academy

On Tuesday, September 28, 2021, members of the class of 2021 gathered virtually to celebrate their election and gain an introduction to Academy history, culture, and membership opportunities. In the tradition of the Academy, the program included stimulating discussions, interdisciplinary connections, and moments of artistic expression.

The program featured several current members, including Natasha Trethewey (Northwestern University), who recited her poem “Illumination” about scholars speaking across time and space. Other members offered reflections on their own involvement in Academy governance and projects. These testimonials emphasized the joy of connecting with colleagues from across disciplines and institutions as well as the power of the Academy to serve the common good. Ann Fudge (Young and Rubicam Brands) spoke of the Academy’s commitment to social justice and encouraged the new members to explore the full portfolio of Academy initiatives to “see where [their] passion meets the work that we are doing.” For Fudge, membership in the Academy is a chance to “expand ourselves, share, and learn something we did not know,” echoing the opening line of Trethewey’s poem: “Always there is something more to know.”

The virtual celebration also offered new members the opportunity to meet one another in small groups, where old friends were reunited and new connections were formed. The program ended with a conversation on the future of the Academy led by President David Oxtoby, who invited suggestions from the new members, assuring them that “this is your institution.”