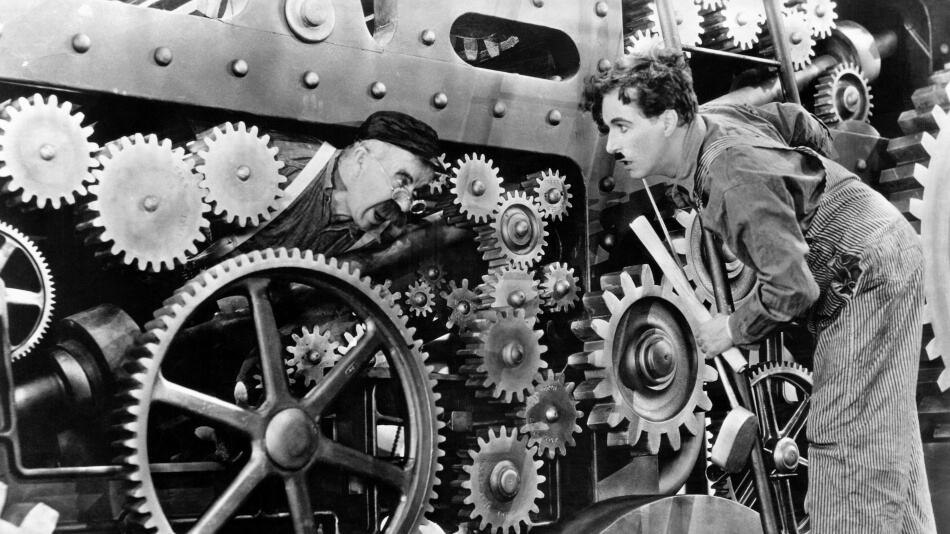 Charlie Chaplin and Chester Conklin struggle to repair the giant machinery of an idle factory in the 1936 silent film “Modern Times.” Film distributed by the United Artists Corporation; image held by the Bettman Archive, courtesy of Getty Images.

The Summer 2021 issue of Dædalus on “The Administrative State in the Twenty-First Century: Deconstruction and/or Reconstruction,” guest edited by Mark Tushnet (Academy Member; Harvard University), features fourteen essays by scholars in the fields of law, political science, public policy, public administration, governance, and ethics on the future of the modern administrative state—the more than two million civilian employees working largely in government agencies and institutions such as the Environmental Protection Agency and the Centers for Disease Control and Prevention. Three options emerge for the future of the administrative state: deconstruction via regulation and control by the legislature; tweaking, which would modify existing doctrine without making significant changes; and reconstruction, which might involve adopting ever more flexible modes of regulation, including direct citizen participation in making and enforcing regulation.

Dædalus is an open-access publication, and the full issue is available online. For questions and more information, please contact daedalus@amacad.org.

The Summer 2021 issue of Dædalus on “The Administrative State in the Twenty-First Century: Deconstruction and/or Reconstruction” features the following essays:

The Hedgehog & the Fox in Administrative Law
Neomi Rao (U.S. Court of Appeals)

The Administrative State in the Twenty-First Century: Deconstruction and/or Reconstruction