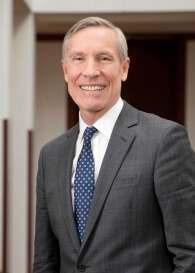 I hope you are well during this time of both peril and promise for our nation. After a harrowing year that challenged confidence in our public health system, our economy, and our notions of a just and equitable society, our system of democratic government itself came under unprecedented attack. The January 6 insurrection at the U.S. Capitol revealed just how fragile democracy can be. It also underscored the need for constant vigilance to protect our democratic institutions and a renewed commitment to strengthening them in the years ahead.

The Academy is prepared to do its part. On January 25, the Board approved a major initiative to follow up on the work of the Commission on the Practice of Democratic Citizenship, which released its final report, Our Common Purpose: Reinventing American Democracy for the 21st Century, in June 2020. Through this new effort, the Academy will lead a process to implement the recommendations in Our Common Purpose by the year 2026, the 250th anniversary of the Declaration of Independence. I am grateful to the Commission’s cochairs (Danielle Allen, Stephen Heintz, and Eric Liu), the Commission members, and the Academy staff who made Our Common Purpose possible and who will be turning the report’s recommendations into action in the years ahead.

At the same time, the Academy is exploring questions raised by Our Common Purpose about inequality, political economy, and the concept of the “American Dream.” Throughout the past year, we have held dozens of meetings with experts about the role the Academy can play in addressing questions of inequality, opportunity, and institutional trust. And through the work of the Academy’s Arts Commission, we are exploring issues of equity and access in arts education and examining the ways in which the arts help to bridge divides in our communities.

This focus on democratic citizenship and questions of equity is evident in the projects, programs, and publications detailed in this issue of the Bulletin. At the event “Telling our Regional Story: The Narratives that Unite and Divide in North Carolina,” the Academy’s Research Triangle Local Program Committee took inspiration from one of the recommendations in Our Common Purpose to explore their regional history–both the good and the bad–in hopes of creating an honest and inclusive shared narrative. During the event “Does Meritocracy Destroy the Common Good?” Michael Sandel, T.J. Jackson Lears, and Anna Deavere Smith questioned whether meritocratic systems and institutions are increasingly promoting division and discontent rather than the common good. And in the area of science, activities related to the Academy’s projects on the Public Face of Science and Challenges for International Scientific Partnerships explored questions of equity, access, and inclusion in scientific pursuits.

As an organization, the Academy itself made another important step in its journey toward becoming a more open, inclusive, and accessible institution. On January 1, the Academy’s quarterly journal Dædalus became an open access publication, making all volumes published from 1955 to the present freely accessible. While Academy members have always had free access to Dædalus, now faculty, students, researchers, and anyone interested in accessing Dædalus content can do so for free. While this change will certainly help to increase the Academy’s visibility and impact, it will also allow scholars with limited resources across America and around the world to engage in the Academy’s community of knowledge.

As elected members of that community, please know how deeply I appreciate all you have done in the past year to support the Academy, especially at a time when its commitment to knowledge, collaboration, and service could not be of greater importance.

As I close this message, I want to recognize the passing of Louis W. Cabot on January 29, 2021. He was an active member of the Academy for 63 years, served as Chair of the Board and Chair of the Trust, among other positions, generously supported our work, and guided the Academy to fulfill its mission and reach its goals. We will miss his wisdom, generosity, and friendship. A full remembrance of him will be included in the next issue of the Bulletin.