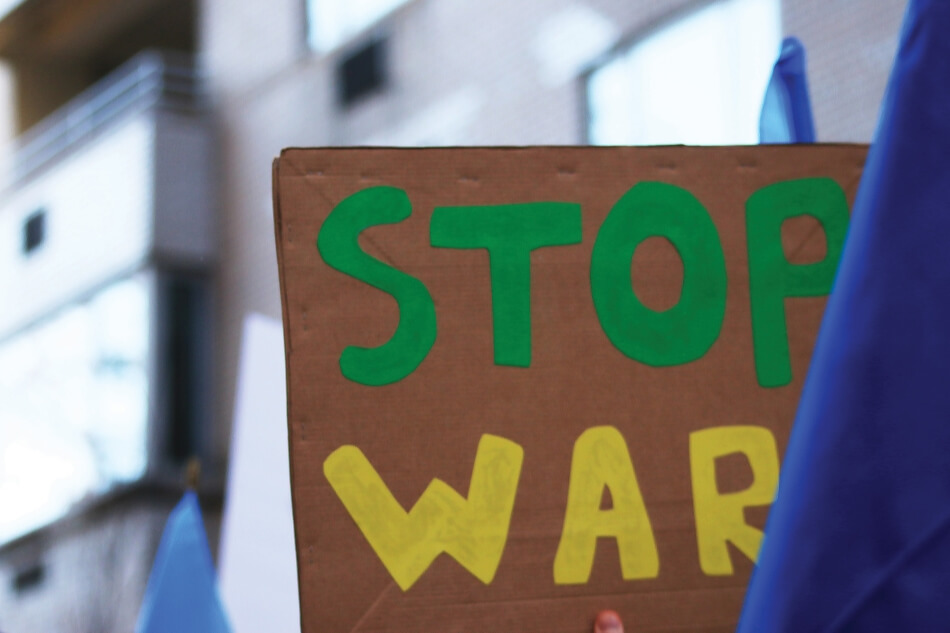 Following several years of fractious and uncooperative inter­national relations between major world powers, the global security landscape shifted dramatically on February 24, 2022. The Russian invasion of Ukraine underscores a widening division between competing visions of global order. Despite unity among European and NATO states and a bipartisan consensus rarely displayed in U.S. politics, many countries around the world have been less willing to condemn publicly the Russian military operations. This fault line is highly consequential, with several nuclear-armed states reluctant to follow the West despite repeated threats of nuclear weapons use by Russian officials.1 Although the United States and its allies have been able to provide significant aid to Ukraine, including military hardware, they have stopped short of engaging in military action against Russia because of the nuclear shadow. This situation suggests that nuclear deterrence is holding for now – but at what cost? And what lessons are other nuclear states drawing from these events, particularly China as it considers ways to resolve its ambitions for Taiwan?

Throughout the COVID-19 pandemic, the Academy has quietly been a laboratory for ideas and proposals to reduce nuclear dangers. In collaboration with Stanford University’s Hoover Institution, the Academy held expert virtual discussions to analyze the range of challenges on the international security agenda and to identify opportunities for policy influence on nuclear weapons issues. The series was initially prompted by the Spring 2020 release of the Dædalus volume on “Meeting the Challenges of the New Nuclear Age,” guest edited by Robert Legvold and Christopher F. Chyba, chairs of the Academy’s project on Meeting the Challenges of the New Nuclear Age.2 In 2021, with the pandemic still thwarting plans to hold in-person meetings, Steven E. Miller, chair of the Academy’s project on “Promoting Dialogue on Arms Control and Disarmament,” renewed the discussion series with American scholars, former officials, and Russian, Chinese, and European experts among the participants.3 The series continued through the spring of 2022 and has contributed to the project’s objectives by:

In the summer of 2020, a critical concern was whether the nuclear arms control architecture that had been painstakingly built up during the Cold War, including pioneering contributions by the Academy, would be destroyed.4 The two countries possessing the largest nuclear forces, the United States and the Russian Federation, have a special responsibility to lead on arms control. Although the Biden administration’s swift signature on February 3, 2021, to extend the New START Treaty – which limits the strategic nuclear forces of each side – heralded a more positive environment, two decades of neglect and willful abandonment of several key treaties regulating nuclear forces have led to a perilous situation that threatens to spiral toward an unconstrained arms race implicating several other nuclear weapon states. This staging motivated the experts involved in the discussion series to think creatively of what the future of arms control might look like.

A central problem has been that the regularized dialogue between the United States and Russia on nuclear arms control that was a mainstay of the Cold War years has not been a priority in recent years. The last sustained effort was the conclusion of the negotiating sessions in November 2009 that produced the New START Treaty. Despite the resumption of “Strategic Stability Dialogue” meetings during 2021, there remain marked differences in the U.S. and Russian agendas, which are reflected in both official and expert-level discourse. The brutal and prolonged Russian attack on Ukraine has halted the process, and it remains to be seen on what grounds and when the relationship can be reset so that nuclear arms control discussions can be renewed.

One further complicating factor is that the evolving nuclear equation now involves several regional rivalries. For example, despite the clear disparity in size of the current nuclear forces,5 there are several factors that call for China to be treated as a “great power” and thus included in arms control efforts, such as the aggressive scale of their nuclear modernization program, an emboldened foreign policy beyond their neighborhood, and their critical position in the global economy. While the Trump administration insisted on China’s inclusion in official arms control talks, Russia reciprocated by calling for the inclusion of France and the United Kingdom. Furthermore, China is embroiled in a rivalry with nuclear-armed neighbor India, which in turn is in a direct and historically complex rivalry with nuclear-armed Pakistan, creating an uncomfortable regional triangle with no clear incentive for cooperative solutions.6

Many of the Academy’s discussion sessions were focused on how to address this security landscape, one so markedly different from the bilateral Cold War days that shaped arms control as a practice. In addition to the greater number of nuclear rivals, there are also a range of interconnected issues and domains that affect and complicate the nuclear environment: for instance, several countries have developed a variety of offensive capabilities using emerging and disruptive technologies, including cyber, artificial intelligence, advanced missiles, and space-based systems. There is deep concern in scholarly communities around the world that there has been little official dialogue among competitors about the risks created by this “entanglement” of nuclear and conventional systems, and there is a clear need to develop common understandings to avoid unnecessary escalation and conflict resulting from their deployment.7 Implicitly, the broadening of the arms control agenda will entail deeper conversations with all the other nuclear weapons states in the longer term and renewed emphasis on multilateral forums.

More immediately, the nuclear threats issued by Russian officials during the invasion of Ukraine are worrisome and expose the fragility of the nuclear taboo.8 Moreover, the invasion heralds an inflection point in European security and the global order: it is now clear that the lack of attention paid to maintaining and strengthening the security architecture was a mistake; indeed, the deliberate demolition of the patchwork of treaties and agreements since the end of the Cold War has left Washington and its NATO allies in an uncomfortable and dangerous position. More work will need to be done to rebuild trust, predictability, and confidence with Russia in order to resume strategic stability talks or negotiations at the official level. However, as Steven Miller notes, arms control took place in the most tense and fraught days of the Cold War, and usually resulted in enhanced mutual security and facilitated détente.9

Though the risks associated with a lack of relations and trust make errors more likely, the near-future period may be seen counterintuitively as an opportunity to strengthen dialogue and allow the Academy’s project to play an important role in fostering understanding and predictability between nuclear-armed rivals. Serious and sustained engagement will be needed to tackle the confounding array of interrelated nuclear challenges with both Russia and China. The efficacy of deterrence, the suitability of current nuclear doctrines, and the feasibility of arms control and risk reduction measures between the major nuclear actors will all need to be addressed. Identifying issue areas ripe for cooperation will be the focus of project work in the months and years to come.

To learn more about the project on Promoting Dialogue on Arms Control and Disarmament, please visit the Academy’s website.