How Rising Inequality Has Widened the Justice Gap

By
Robert H. Frank
Source
The New York Times
Back to news
Share 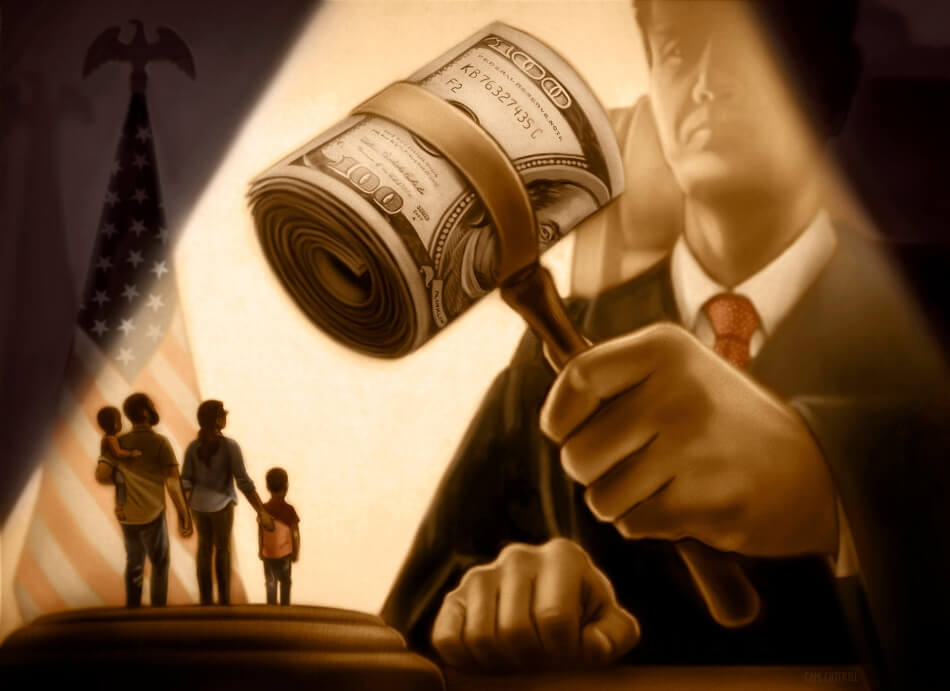 Rising inequality has harmed low-income families not only by depriving them of a fair share of society’s income growth, but also in a more specific way: It has stacked the legal system even more heavily against them.

According to a recent survey, more than 70 percent of low-income American households had been involved in eviction cases, labor law cases, and other civil legal disputes during the preceding year, and in more than 80 percent of those cases they lacked effective legal representation.

Indigent persons charged with crimes are entitled to state-sponsored lawyers, but here, too, funding shortages are widespread.

Solving this problem will require not only moral outrage, but also a clearer understanding of how market forces have contributed to it.

Free-market enthusiasts celebrate Adam Smith’s “invisible hand,” which describes how markets harness self-interest to serve the broader interests of society. Yet Smith himself understood that greed alone wouldn’t create a just community. He believed that markets could function adequately only in the context of an elaborate foundation of laws and ethical norms.

But even the most carefully devised regulations aren’t sufficient. They must also be enforced, which requires costly resources. Generally, we let families decide for themselves whether to incur the necessary expenses to engage in civil disputes. Yet many families simply cannot afford to pay for competent legal representation.

That’s why Congress created the Legal Services Corporation in 1974, a nonprofit whose mission is to support civil legal aid for low-income citizens. But the Legal Services Corporation was never adequately funded. And in the ensuing decades, rising income inequality has contributed both to a reduction in the supply of legal assistance to low-income families and an increase in the need for it.

How Rising Income Inequality Threatens Access to the Legal System