Intellectual Diversity and The Heart of the Matter 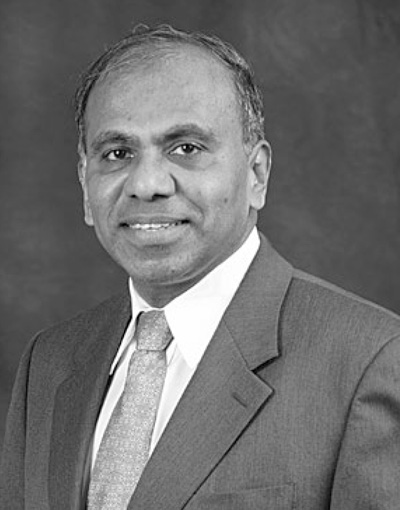 Subra Suresh is President of Carnegie Mellon University. He was elected a Fellow of the American Academy of Arts and Sciences in 2004.

The Heart of the Matter, the 2013 report prepared by the American Academy’s Commission on the Humanities and Social Sciences, offered many sound and inspiring ideas for guaranteeing the vitality of the humanities and social sciences in the twenty-first-century United States. The report underscored how essential these disciplines are for literacy, citizenship, and quality of life in our nation. Echoing a core message of the report, I believe that the humanities and social sciences are essential if we are to solve the urgent social and environmental challenges now facing our world.

In 2000, the National Academy of Engineering listed the greatest engineering achievements of the twentieth century, highlighting such revolutions as electrification, petroleum engineering, nuclear power, air travel, and the Internet. Then in 2004, it listed the fourteen “grand challenges” facing humanity in the twenty-first century, including making solar power economical, developing carbon sequestration methods, coping with infectious diseases, and securing infrastructure and privacy in cyberspace. I am struck by how many of the twenty-first century’s challenges could be viewed as direct, but unintended, consequences of the twentieth century’s achievements: the progress in petroleum engineering requires us to deal with the serious issues of global change that require carbon sequestration and solar power; the Internet brought many benefits, but also opened the door for cyberterrorism; jet travel enables us to connect with one another in an increasingly globalized world, but also allows viruses to spread rapidly around the planet, posing a serious public health threat to humans and other species.

What can we learn from the unintended consequences of the last century’s greatest engineering achievements while we confront the engineering grand challenges of the twenty-first century? In creating, deploying, and scaling technologies, we did not anticipate and sufficiently allow for the human factor and the human condition as much as we should have. We failed to anticipate what human beings would do with new capabilities, how they would deliberately or accidentally adapt their capacities in destructive ways.

Consider one example of the human factor’s influence: the National Science Foundation, which I directed from 2010 to 2013, funded many projects to better track severe storms and weather events such as tornadoes and hurricanes. Scientists have made immense progress over the past several decades in predicting the size, strength, and timing of these major storms, enabling governments and media to provide much earlier warnings to people living in the storms’ paths. Yet despite such advances, every year dozens of Americans and hundreds of others around the world die in tornadoes and hurricanes; people miss the warnings, or are confused about what to do, or they simply refuse to follow instructions to avoid danger. Machines alone cannot save these lives. The human factor diminishes the weight of even the most powerful technological achievement; we have seen this over and over again.

Researchers are recognizing and adapting to this understanding. At Carnegie Mellon’s College of Engineering, for example, there is a department of Engineering and Public Policy that integrates a wide range of disciplines into solving what seem like purely technical issues. At our School of Computer Science, there is a stand-alone “Human-Computer Interaction” department that focuses on problems at the intersection of computing and human behavior, including learning technologies. Increasingly, research funders are designing programs for intellectually diverse teams: they have seen the impressive results achieved when engineers and scientists work with those who study behavioral sciences, health care, decision-making, economics, design, architecture, and visual arts. Tapping into the collective wisdom of literature, history, and art is another means of gaining insight about human capacities and desires.

We need culturally diverse teams, too, and – especially important in information technology – teams with diversity of age. In my experience in research, diverse teams work faster and have improved outcomes because they can correct one another’s biases and hidden assumptions in a way that more homogeneous teams never will.

There is increasing recognition that the planet’s most severe problems cannot be treated as if they are solvable only by great engineering and scientific solutions. As The Heart of the Matter recognizes, the social sciences and humanities hold a key to our innovation ecosystem that will enable us to make more rapid progress in addressing major challenges.

It is likely that the next decades will introduce a cascade of powerful new technologies to our nation; now is the time to continue and expand support for those humanistic disciplines that will allow us to understand the incentives and responses that will shape the ways in which human beings will use and abuse these new capacities in intended and unintended ways. In this way we can also better anticipate how new technologies will affect the environmental quality – air, water, land, and biodiversity – of our planet, as well as how they will shape nations, communities, families, and individuals.

Support for such deep intellectual diversity is truly at the heart of the matter for any educational and research activity today.