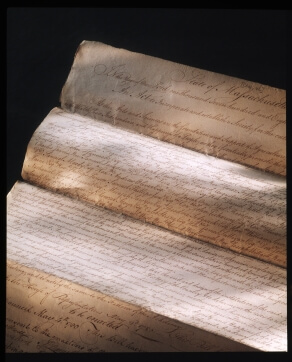 On May 4, 1780, Massachusetts’s legislative body the General Court of Massachusetts approved the Academy’s charter by passing an Act incorporating the Academy, listing sixty-two charter Members. A draft had previously been introduced to the Massachusetts House of Representatives on December 15, 1779. The charter granted by the Act stated that “the end and design of the institution of the said Academy is, to promote and encourage the knowledge of the antiquities of America, and of the natural history of the country, and to determine the uses to which the various natural productions of the country may be applied; to promote and encourage medical discoveries; mathematical disquisitions; philosophical enquiries and experiments; astronomical, meteorological and geographical observations; and improvements in agriculture, arts, manufactures and commerce; and, in fine to cultivate every art and science which may tend to advance the interest, honor, dignity, and happiness of a free, independent, and virtuous people.”

Among the Charter Members were leaders in the movement for American independence such as Samuel Adams, John Adams, James Bowdoin, John Hancock, and Robert Treat Paine. Charter members also included prominent ministers and educators such as Charles Chauncy, Samuel Mather, and Samuel Moody; judges and lawyers such as Francis Dana and Caleb Strong; physicians such as Edward Augustus Holyoke; and businessmen such as Thomas Cushing. One charter member, Theodore Parsons of Newburyport, was later noted as “lost at sea, 1779, aged 28” in a list of Charter Members in the Academy’s Centennial Volume.

An Act To Incorporate And Establish A Society For The Cultivation And Promotion Of The Arts And Sciences, Gen. Court, 1779-80 Chap. 0046 (Mass. Acts and Resolves, 1780). Walter Muir Whitehill, "Early Learned Societies in Boston and Vicinity." In The Pursuit of Knowledge in the Early American Republic: American Scientific and Learned Societies from Colonial Times to the Civil War. Edited by Alexandra Oleson and Sanborn C. Brown. Baltimore: Johns Hopkins University Press, 1976, page 156.