Amid inequality and polarization, how can we strengthen American democracy? 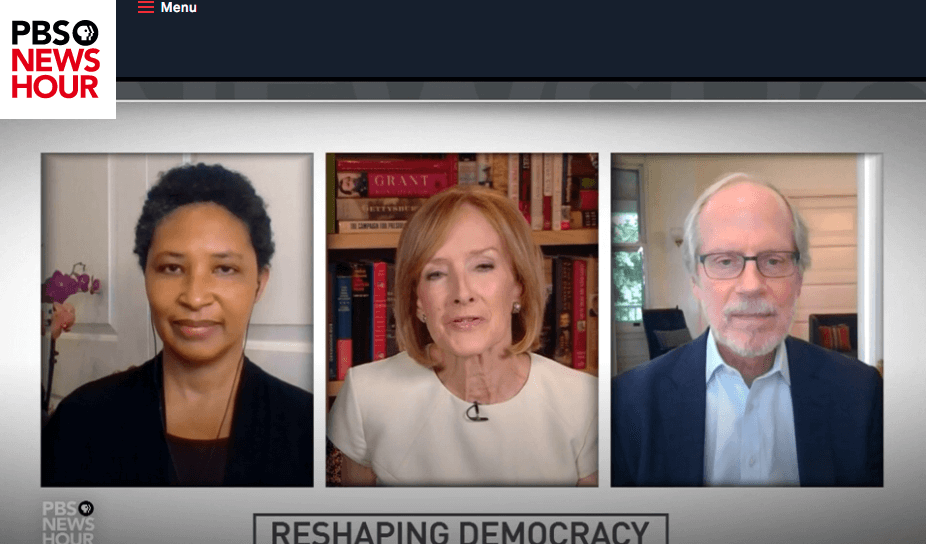 To watch the PBS NewsHour segment about the report - how it developed and what comes next - watch online.

It was two years ago when the 240-year-old American Academy of Arts and Sciences put together a bipartisan commission to take a hard look at the state of our democracy.

The commission is today issuing a report detailing 31 recommendations on how to strengthen it. Full disclosure: I'm a member of this commission. And while I'm very much for a stronger democracy, I do not advocate for any specific policy changes.

Here's a look now at what the commission found.

These recommendations are meant to take a fresh look at our founding ideals and documents. The commission first defined the challenges our democracy is facing, rising inequality, political polarization, a surge of white nationalism, a lack of trust in our nation's institutions, a fragmented media environment.

To those challenges, it offers solutions, broken down into broader themes. One theme is aimed at equality of representation, changes that would address governance.

It also calls for so-called ranked-choice voting, where voters rank candidates in order of their preference for elections at the federal and state level. And it sees room for improvement in how we vote.

The commission recommends switching to universal automatic voter registration. It says federal Election Day should be a holiday. And it recommends making voting a requirement of citizenship, much like jury duty.

It also wants changes in how we get information, like a tax on digital advertising that would go to a public media fund. And it calls for a culture change towards service, with Americans putting in a year to serve in programs like AmeriCorps, the military, or other nonprofit work.

All this is just a starting point. The commission says it wants this report to be a call to action and for the recommendations to inspire debate.

The full transcript of the discussion with Danielle Allen and Stephen Heintz is on the PBS NewsHour site.

Our Common Purpose: Reinventing American Democracy for the 21st Century