By
Stephen B. Heintz
Source
The Chronicle of Philanthropy
Back to news
Share 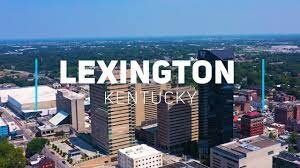 In an alternate universe, January 6, 2021, might have marked an inflection point in America’s decades-long story of democratic decline — a moment of collective epiphany and the beginning of a mass mobilization to rescue our nearly 250-year-old system of self-government.

Instead, experts in election law are raising the specter of a stolen election in 2024. Journalists are drafting obituaries for the American experiment. And retired U.S. generals are even warning of possible civil war. In the year since the violent insurrection on the Capitol, our democracy has moved closer to the brink of collapse.

Last month, President Biden hosted an international Summit for Democracy that sought to rally support for democratic ideals and human rights against the backdrop of global democratic decline. The summit brought together leaders from more than 100 countries to announce commitments to renewing democracy during a year of action. The United States, Biden promised, “will serve as an example by investing in our own democracy.”

To build a thriving democracy, however, we must address not only the formal institutions and processes of self-government but also the deeper sources of our discontent that fueled the January 6 insurrection: widening polarization, widespread loss of political agency, a broken social contract.

As onerous as this sounds, a critical part of the solution is lying in plain sight — in the local libraries, community centers, mutual-aid networks, parks, and houses of worship that invite people to practice the art of citizenship every day. This so-called civic infrastructure brings together people of different racial, socioeconomic, and political backgrounds to build relationships shaped by common interests and shared challenges.

Last year, I co-chaired the American Academy of Arts & Science’s Commission on the Practice of Democratic Citizenship. We produced a report calling for a Trust for Civic Infrastructure to fund projects across the country that would connect people to their neighbors, communities, and government institutions. By partnering with communities to identify existing civic assets, needs, and opportunities, the Trust would help renew local civic life, restore faith in institutions, and “rebuild the bonds of trust essential for a free society,” in the words of conservative scholar and commission member Yuval Levin.

We cannot wait for Congress alone to act. Philanthropy should lead in the great American tradition of experimentation.

Foundations and philanthropists across the ideological spectrum can establish a collaborative basis for partnerships with local governments, community foundations, library systems, and other networks nationwide. They can fund research on the need for civic institutions and projects to help remedy the country’s democracy crisis and make the case for massive public investment in community-led civic initiatives that contribute to the common good. Most importantly, they can move resources to the American communities that need them most to expand their civic infrastructure.

Democracy exists beyond ballot boxes, courthouses, and the halls of Congress. The most transformative action philanthropy can take to breathe new life into our democracy now is to invest in the people, places, and programs that support vibrant civic life in American communities.

A Convening on the Power of Civic Infrastructure: A Community Solution with National Potential