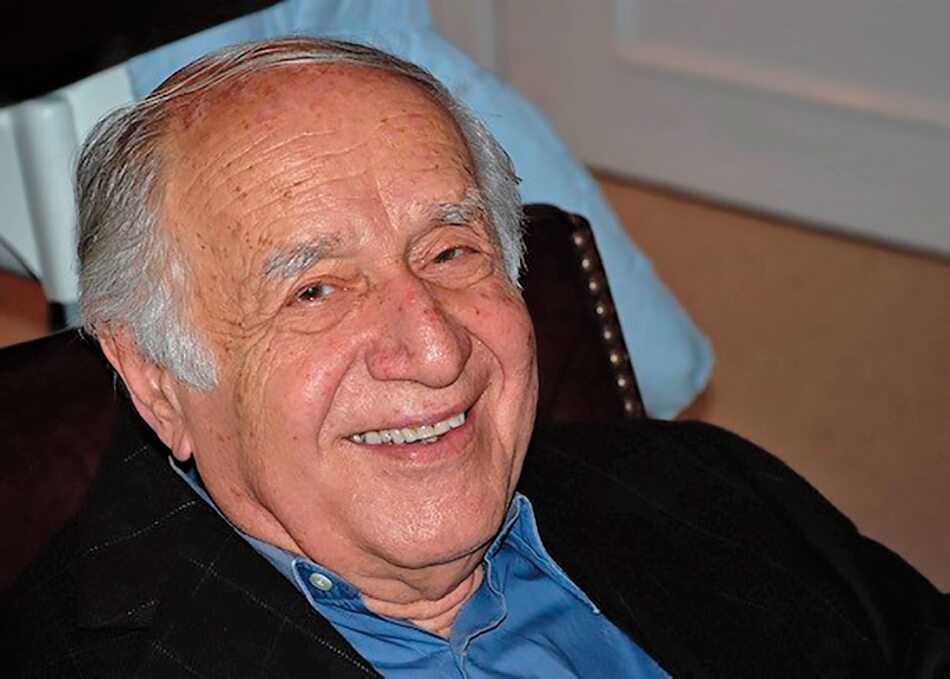 Stephen R. Graubard (December 5, 1924–May 27, 2021) was a widely published historian with many books on the history and accomplishments of American presidents. He taught at Harvard University and later at Brown University, where he co-led a senior seminar with Vartan Gregorian, then president of Brown. At the Academy, he served for a short time as Managing Editor of Dædalus (1960–1961) and then for almost forty years as Editor of Dædalus (1961–2000) and as Editor of the Academy (1963–2000). He was elected a Fellow of the American Academy in 1962.

When Stephen first joined Dædalus, the Academy had only been publishing the journal as a quarterly for a few years, with its first quarterly issue released in Winter 1958 (on “Science and the Modern World View”). The aim of the journal–as noted in that issue–was rather unique for its time: “to give the intellectual community a strong voice of its own” and to be “a medium in which leading scholars in all fields can address one another. . . . Dædalus can serve as an instrument for focusing our attention again on that which does, or should, make us members of one community.”

This aim to help connect different elements of our culture with one another was, of course, not foreign to the Academy, which since its eighteenth-century founding had worked to connect the Arts and the Sciences. Moreover, that animating spirit had continued in the Academy’s various activities and was evoked in an address of President Howard Mumford Jones, who expressed the hope of overcoming “the fractation of knowledge” through encouraging the “pressures toward unity,” for which the Academy, by embracing members of all disciplines and professions, seemed particularly well suited. Stephen understood that leitmotif from the beginning of his generous and long service to the Academy.

It is appropriate to give some sense of what it meant for Stephen to be in charge of Dædalus–many of those same responsibilities of publishing the journal remain today. The details Stephen and an assistant had to attend to, in order for an issue to land safely in the hands of its reader, are far more numerous and complex than that reader could guess. After consulting with a Program Committee and the Board of Editors on a given topic, about a dozen authors had to be found and engaged, and later assembled (usually in Cambridge) for a discussion of their draft essays. Then the sometimes difficult negotiations on the final versions had to happen (how do you edit Hannah Arendt?). An issue of Dædalus like “The Woman in America” (Spring 1964) or “The Negro American” (double issue, Fall 1965 and Winter 1966, with an introduction by Lyndon B. Johnson) was thought of grappling with ideas then just coming over the horizon.

The rest may be “obvious.” Funding had to be found to support the meetings, printing, and distribution of issues to the Fellows of the Academy and others all over the country; at its peak, that “little journal” had a circulation of over 60,000 copies. Finally, Stephen had to find publishers who, often with his additional editing, brought the majority of Dædalus issues out as published books. A few years may have elapsed between the original idea for an issue of the journal and the final result, but Stephen was involved in every step along the way. He will be remembered for his extraordinary leadership of Dædalus.

Gerald Holton
Mallinckrodt Professor of Physics and Professor of the History of Science, Emeritus
Harvard University
Editor of Dædalus (1958–1961)