Report of the President 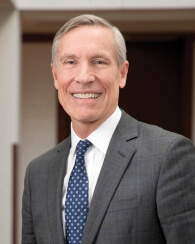 Greetings from Cambridge, Massachusetts, where earlier this fall the Academy celebrated its first in-person Induction weekend since 2019. We welcomed new members from the classes of 2020 and 2021 with an opening celebration featuring Yo-Yo Ma in conversation with David Rubenstein at Harvard Business School’s Klarman Hall. On the following day, new members gathered with governance members, project leaders, and Academy staff for a lively open house at the Academy’s headquarters in Norton’s Woods. Later that afternoon, the two classes of inductees gathered at MIT’s Kresge Auditorium for a resumption of the moving Induction Ceremony that we have all missed for so long.

Induction weekend served not only as a joyous occasion to welcome new Academy members, but it also provided an opportunity to reflect on the remarkable progress we have made together despite the challenges of the past three years.

As Board Chair Nancy Andrews highlights in her message, the weekend began with the dedication of the new David M. Rubenstein Wing at the House of the Academy. As we celebrated the opening of this new home for the Academy’s Archives, we also marked the successful completion of the Academy’s fundraising campaign, so ably led by David Rubenstein and his cochair, Louise Bryson. The Academy set a goal of raising $100 million by the end of 2022, and we were able both to exceed that goal and complete the campaign ahead of schedule, raising just over $110 million and closing the campaign early on June 30, 2022. Words cannot express our gratitude to David, Louise, and the hundreds of other members who stepped up to support the Academy with major gifts, annual fund gifts, and gifts of their time, talent, and expertise.

The Induction weekend allowed us to celebrate the progress we have made across the various areas of Academy life that the campaign has helped to support. We continue to work to advance the recommendations in the 2020 report Our Common Purpose: Reinventing American Democracy for the 21st Century, hiring a team of expert staff to oversee work on recommendations related to reforming the Supreme Court, increasing the size of the House of Representatives, and establishing a National Trust for Civic Infrastructure. To address two of the most pressing issues of our time, we have launched the Commission on Reimagining Our Economy and the Commission on Accelerating Climate Action. The newly established Academy Higher Education Forum brought leaders in higher education together in Aspen in June for the first annual meeting to discuss challenges and opportunities in this critical sector. And we have continued to build upon the Academy’s long history of leadership in science and international affairs with projects on improving international scientific partnerships, addressing the challenges of the “new nuclear age,” and promoting dialogue on arms control and disarmament.

Impact continued to be a focus throughout our program work, beginning with a virtual conference convened by the Academy in September 2021 that included participants from more than a dozen think tanks and membership organizations like our own. Defining audiences and measuring impact from the first planning stages of new projects is now an integral part of the Academy process. The hiring of a new external relations officer based in Washington, D.C., will help us increase our project impact with policy-makers. We have also seen the impact of our journal Dædalus becoming open access, with an increase by a factor of four in downloads now that it is no longer behind a paywall.

Through our virtual events, the Academy has been able to include and connect with more members in more locations than ever before. Academy commissions held purely virtual events (for example, the public launch of the reports of the Arts Commission and the project on Challenges for International Scientific Partnerships) as well as hybrid events (such as the meetings of the Commission on Reimagining Our Economy and the Commission on Accelerating Climate Action). The Academy also resumed its series of exploratory meetings in a hybrid format, including a fall 2021 meeting on “Building Resilient and Ethical Supply Chains for a Post-COVID World” and a spring 2022 meeting on “Checking Kleptocracy: Considering the Potential Establishment of an International Anti-Corruption Court.”

We have continued to make progress in the areas of diversity, equity, and inclusion through the Board’s Committee on Anti-Racism; the staff Diversity, Equity, and Inclusion Council; and our multiyear initiative to increase the diversity of members elected to the Academy. While we are on track to reach the five-year goal of this member election plan, it remains especially important that members continue to nominate candidates from underrepresented backgrounds.

Related to this emphasis on inclusion, I would like to highlight the statement of the Academy’s Core Values that follows this message. As part of the work of the staff Diversity, Equity, and Inclusion Council, a group of staff members took the initiative to revisit the values stated in our 2018 strategic plan and articulate what they mean for staff, members, and the broader Academy community at this moment in our history. I could not be prouder of what the statement – and the process by which it came about – says about our staff and their commitment to being part of a just organization.

In closing, I would like to thank Nancy Andrews for her service as Chair of the Board during this important era in the Academy’s history. At the Induction Ceremony, Nancy told the new members, “I know that your intellect, creativity, and commitment will enrich the work of our Academy, and I hope that the Academy can help you in your continuing efforts to shape the world of the future, just as the members who came before you helped to shape the world we live in today.” She knows this because it is her story. Thank you, Nancy, for all you have done to strengthen the Academy in service to the world.