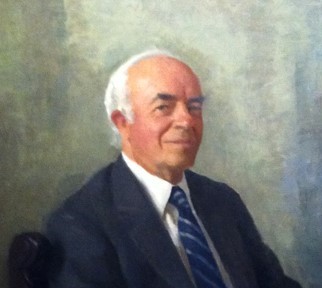 Today we note the passing of Louis Wellington Cabot, who was a valued Member of the Academy for 63 years. We are grateful for his decades of wisdom, friendship, and generosity, and for all the ways in which his service to our organization created lasting, positive change.

With characteristic determination, directness of speech, and “carbon black” strength of purpose, you have pursued your protean interests throughout a vigorous life in industry, public service, and philanthropy. You have filled the Academy’s sails with your zeal to propel it on its historic mission and to orient this 225-year-young society in new, ever more challenging seas. We honor your unflinching commitment to society, the nation, and the ideals of the Academy.

Louis was a passionate advocate for the Academy’s work, particularly in the areas of the humanities and American Institutions. He provided generous philanthropic support to the Academy’s Visiting Scholars program and the vital work of the Archives program in preserving and curating the Academy’s history.  Just this past summer I had the pleasure of speaking with him by phone from his home in Maine, where he had seen media coverage about the Academy’s report Our Common Purpose: Reinventing American Democracy for the 21st Century. His enthusiasm and support for the Academy’s work in service of the public good clearly continued unabated.

He will be missed.