By
Catherine E. Snow
Source
The Conversation
Back to news
Share

A recent report from the American Academy of Arts and Sciences calls for more attention to language teaching in the U.S. The report notes that U.S. students have much less access to foreign language instruction than students in other economically developed countries, and that Americans are thus much less likely to be bi- or multilingual.

As an expert on language and literacy development in children, I’ve talked to many immigrant parents who expect their children to grow up bilingual, only to be surprised that they end up as monolingual English speakers. Meanwhile, foreign language learning opportunities for English speakers are limited. Why is the U.S. so bad at producing bilinguals?

Ongoing support (political and social as well as educational) for maintenance of minority languages is limited. Bilingualism can be impeded by a general sense that it’s more important for immigrants to learn English than to maintain their first language, and that these are somehow in conflict with one another.

In my view, it’s ironic that we have students walking up staircases at one end of their school building to attend Spanish foreign language classes while at the other end of the same building native Spanish speakers are being taught English and content in ways that lead to their loss of Spanish. 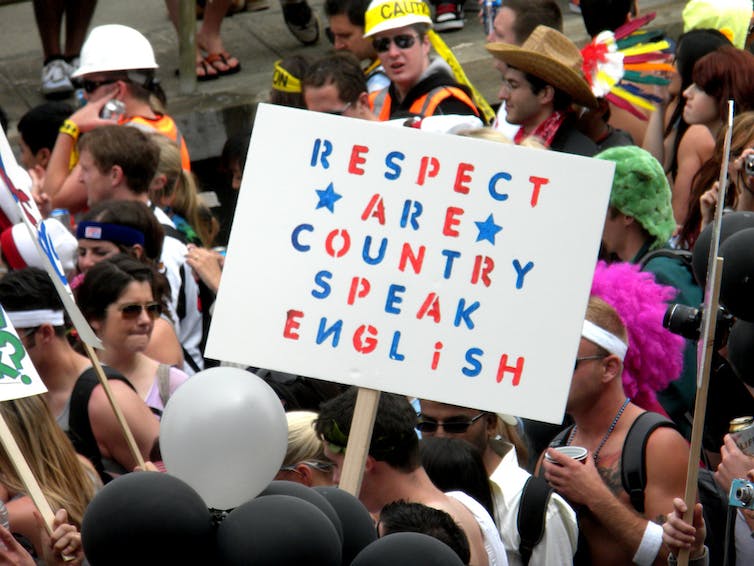 Anti-immigrant sentiment can be a driving force behind opposition to native language retention. Jennifer Morrow, CC BY

The other factor contributing to a lack of bilingual proficiency in the U.S. may be low expectations. Too many Americans accept the claim that foreign language instruction is a dismal failure, that a very large percentage of students will never become fluent in another language and that investing in foreign language learning is likely to be a waste of time.

How do we explain, then, that l00 percent of students in Germany, Scandinavia, The Netherlands, Switzerland, Singapore and many other places achieve high levels of competence in English – and typically in at least one or two other languages as well? Is the U.S. student population afflicted with some peculiar block to foreign language learning?

I would argue that we as Americans do have a block to successful foreign language learning: our deeply unrealistic expectations about how it works. Can a few years of experience in middle school or high school classrooms (experience that likely adds up to less than 600 total hours of instruction) generate excellence in another language? Frankly, no – at least not for most students. 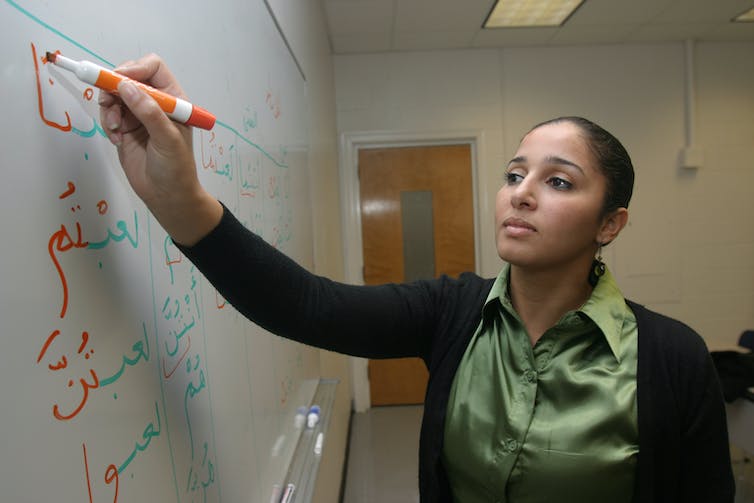 Despite the current limitations of most curricula, such classroom experience can, however, form a solid foundation for truly learning a foreign language.

This is particularly true when a genuine communicative opportunity arises. Some lucky students get that opportunity on trips abroad. Others might seek it out by volunteering in refugee centers or programs serving immigrant youth, or by seeking digital contacts with native speakers.

Many efforts to rethink the traditional foreign language classroom experience have been tried. These efforts include immersion, dual immersion and other bilingual school programs. Such programs typically recruit kindergartners and build second language skills by teaching content through the second language.

They often work well, but starting at kindergarten is not a requirement for ultimate fluency. Immersion programs are effective and, in fact, generate equivalent learning in less time if started at later grades. Late immersion may be more efficient just because older students are better learners, and are generally more likely to have had a say in choosing the immersion program – thus they’re also more motivated to learn.

With such opportunities to improve foreign language instruction, let’s not give up on it entirely – let’s figure out how to complement it with the experiences that enable students to exploit it optimally! 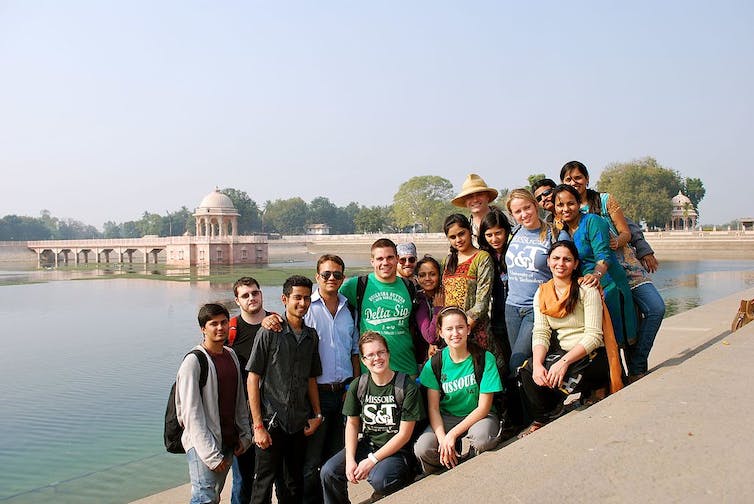 Foreign travel – for those who can afford it – can be a path to effective and lasting language learning. Oertherdb, CC BY-SA