A View of the Visiting Scholars

Patricia Meyer Spacks, a Fellow of the American Academy since 1994, is the Edgar F. Shannon Professor of English, Emerita, at the University of Virginia. She has directed the Visiting Scholars Program since 2006, and codirected the program with Mary Maples Dunn since 2011. 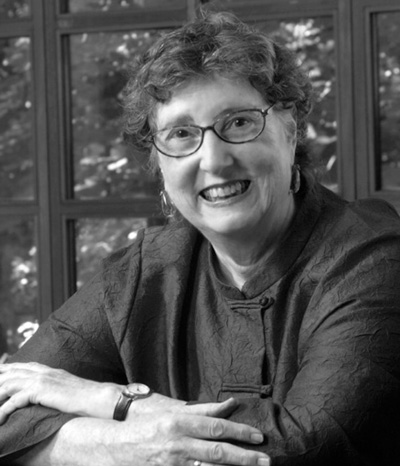 When the Academy’s Visiting Scholars Program begins its twelfth year in September, a new director will guide it. Lawrence Buell, a Fellow of the American Academy since 2008 and Powell M. Cabot Professor of American Literature Emeritus at Harvard University, will bring his expertise as teacher, scholar, and administrator to the leadership of an innovative and thriving enterprise.

Professor Buell, one of the founders of environmental criticism as a literary specialty, received in 2007 the Jay Hubbell Medal for Lifetime Achievement in American Literary Studies. He has taught and written widely about nineteenth-century American literature, his books including a prize-winning study of Ralph Waldo Emerson (2003). A more recent work, The Future of Environmental Criticism: Environmental Criticism and Literary Imagination (2005), not only surveys the history of an important field, but also provides informed speculation about its future possibilities.

Professor Buell’s interest in American literature and culture makes him an appropriate mentor for the Visiting Scholars, whose projects typically focus on some aspect of American culture. Moreover, his commitment to liberal education at every level prepares him to think innovatively about the needs of young people at the beginning of their academic careers. The Visiting Scholars Program has consistently explored ways to fill those needs. Its fellowships facilitate young scholars’ writing and publication, but they also provide opportunities to acquire new kinds of knowledge and understanding.

The Academy has always served and been served by men and (more recently) women of distinction. The Visiting Scholars Program, supported by a consortium of contributing colleges and universities, extends the organization’s reach to those showing promise at a stage of intellectual development too early for public distinction. Given limited funding and space, it can involve only seven to nine Scholars a year. Each holds a Ph.D. in the humanities or social sciences and is either an untenured assistant professor or a postdoctoral student. Two Harvard dissertation students supported by the Mahindra Humanities Center customarily join many of the program’s activities, becoming part of the community, but even their inclusion brings the total number to fewer than a dozen. This fact has come to seem advantageous: small numbers facilitate bonding and enable individual mentoring.

Few other residential fellowship programs make themselves available to social scientists and humanists at early stages of their postdoctoral development. The Visiting Scholars Program typically includes mainly young people engaged in converting dissertations into books, with a minority of more advanced assistant professors working on second books. The group always contains some seeking their first academic jobs and others already established in tenure track positions. Informal systems of mentorship develop within the small community, with advice and support for the job search readily available – and without the uncomfortable competitive situations that often arise in graduate school departments. The Scholars help one another to refine job talks, providing tips based on their own interview experience, and they generally form ad hoc writing groups to criticize and encourage the work in progress of individual participants.

The more formal arrangements that have developed in the program, which Mary Maples Dunn and I currently co-direct, systematically support the Scholars. During the second semester, members of the group make formal presentations of their written work, in weekly or bi-weekly meetings that generate challenging questions and searching criticism. These sessions also, increasingly as the semester goes on, entail broad discussion of disciplinary similarities and differences, as historians encounter the assumptions of literary critics, art historians try to figure out what economic historians believe, sociologists and political scientists talk to one another, and so on. The specific issues discussed vary from year to year, depending on the disciplines represented and the nature of the participants, but the discussions often generate complex individual commitments to intellectual activity across disciplines – commitments likely to produce significant pedagogical and scholarly effects in the long run.

The second-semester meetings follow a familiar model from centers for more advanced academics, such as the Radcliffe Institute and the National Humanities Center in North Carolina. The first-semester activities of the Visiting Scholars Program, in contrast, have developed without a model, on the basis of experience from earlier years, to provide a pragmatic grounding for academic development.

When the program began, we thought it wise to plan regular afternoon meetings for the group as a whole, so that they would bond and become accustomed to collaborative functioning. In the first semester, we believed, it would be useful to have established scholars come to talk about their current work. The Visiting Scholars would thus meet important local figures and encounter models of intellectual activity.

Fellows of the Academy and other distinguished Cambridge and Boston academics generously participated in this enterprise, which often stimulated vigorous discussions. Gradually, though, it became clear that talks unrelated to the specific undertakings of the Visiting Scholars, although often interesting to their listeners, did not help them in their immediate enterprise. The rich resources of the Academy were already available to them: they could hear eminent scholars at Stated Meetings and at the monthly Friday Forums. The Mahindra Humanities Center regularly invited them to its events. Elsewhere at Harvard and at other nearby academic institutions, they might listen to speakers on virtually any subject. More of the same did not seem particularly useful.

More valuable, it turned out, was practical, up-to-date information of a sort they had not acquired in graduate school, or even in the opening years of a teaching career. We began by inviting a literary agent who specialized in academic books. That was seven or eight years ago. She has returned every year since, patiently pointing out that dissertation advisors commonly do not really know what the publishing scene is like now for beginners, and providing specific information about how to write a good book proposal – and, for that matter, a good book. She talks, to rapt listeners, about audience, about contracts, about individual presses, about good prose. She answers endless questions. She helps the Scholars feel like professionals, even if they have not yet held a full-time academic job.

Over the years, others have joined her, with focused information and generous responsiveness. Always, at least one editor from an academic press comes, to reinforce many of the points made by the literary agent and to talk about a publisher’s point of view toward submissions. Other speakers vary from year to year. We have heard from public intellectuals, talking about how and why they do what they do; from practitioners of digital scholarship; from accomplished scholars discussing not what they are currently writing, but what habits they have developed to facilitate their research and writing and what practices they would recommend to relatively inexperienced writers. Visitors have pondered, among other things, ethical and moral issues raised by the activities of public intellectuals, educators’ conflicting responsibilities, intricacies of the tenure process, possibilities for recipients of the Ph.D. to find satisfying employment outside academia, and the nature of an academic’s institutional obligations. Sometimes individual Scholars have thought previously about the questions being raised, but often they find the topics in themselves revelatory. The ensuing informal discussions among members of the group frequently continue for days, and the issues visitors raise tend to re-surface in subsequent formal meetings.

Whatever their nominal subject, the Tuesday afternoon visitors repeatedly allude to the matter of writing. The literary agent stresses the importance of effective prose in selling book proposals and books alike. She also suggests specific qualities that make prose work well. Academics talking about their habits as writers often speak also of what hard work writing turns out to be, and of obstacles they have faced. Public intellectuals and editors alike may dwell on how a writer’s prose must change in order to attract a broad audience. Such topics not only provoke immediate questions and discussion; they also gradually begin to affect the Scholars’ critical standards, revealed as they comment on one another’s work.

I myself have often given one formal talk during the year on the subject of writing, revisiting the kind of advice that students receive in their freshman composition courses. That advice sounds quite different in the new context of a community whose members are writing books. Unlike most students of freshman composition, Visiting Scholars all have subjects they urgently wish to expound. Writing matters to them. As a Harvard graduate student remarked, it actually feels thrilling to revisit such subjects as the nature of a sentence when you have already discovered for yourself the importance and the difficulty of producing good sentences.

No one learns to write well just by hearing other people talk about good writing. The mentorship provided in the Visiting Scholars Program includes, for those who want it (and most do), close individual attention to the linguistic details of what a Scholar writes. All members of the group can receive critiques not only from their peers, but from Mary Dunn and me, who frequently provide line by line commentary, both written and oral. The culture of the community centers on writing, and most of its participants write more eloquently at the end of their Academy experience than they did at the beginning. In any case, they have heightened their awareness of the urgency of good prose. Lawrence Buell, himself a luminous writer, will provide distinguished guidance for succeeding groups of Scholars.

As their stay at the Academy concludes, the Visiting Scholars produce enthusiastic evaluations of their experience. They then go into careers mainly of teaching and writing. By now those from previous classes have produced over a hundred books, some of them edited or co-edited, but the great majority works of individual authorship. They have achieved tenure in institutions large and small, or they are in tenure track positions. They have, as a direct result of the Visiting Scholars Program, deepened and broadened their understanding of their vocations. One member of the class of 2010 – 2011 wrote, “My residency at the Academy . . . had a profound effect on the character and quality of my scholarship. Being part of such a dynamic and gifted cohort has been by turns inspiring, humbling, and hugely suggestive. The opportunity to be in close conversation with colleagues from across the humanities has granted me a new perspective on matters of audience, argumentation, and evidence; it has also introduced me to a number of new methodologies.” Like others in the program, he seems on track to become exactly what the program’s originators hoped: a leader in his profession.