Voices of the Future and a Youth Agenda for American Democracy 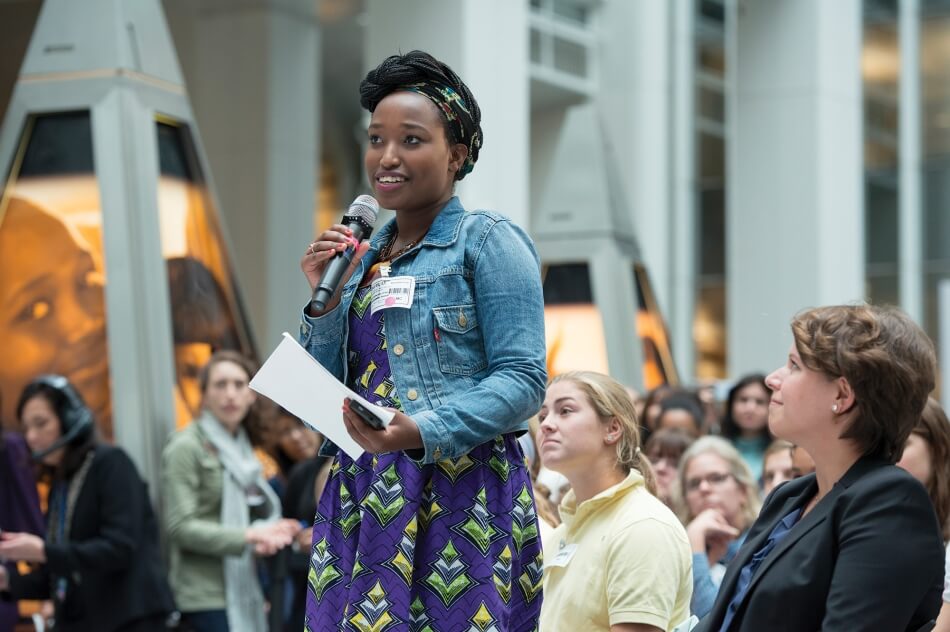 Young Americans believe that our democracy is in trouble. Amid years of chaos in Washington, D.C., the fallout from the 2020 election, and stalled progress on legislation ranging from climate change to voting rights, it is unsurprising that Americans between the ages of eighteen and twenty-nine are worried about the state of American democracy. Ahead of the White House’s December 2021 Summit for Democracy and as part of its ongoing efforts to advance the recommendations in Our Common Purpose: Reinventing American Democracy for the 21st Century, the Academy organized two initiatives last fall aimed at young people: a national polling project and a summit of young leaders, who were brought together for their expertise, vision, and commitment to making progress on critical issues in their communities.

Voices of the Future

The Academy sought to understand better how members of the eighteen-to-twenty-nine-year-old cohort perceive American democracy and how they respond to different proposals to strengthen American democracy for the twenty-first century. A nationally representative deliberative poll, co-organized by the Academy, found that 40 percent of young people in the United States do not think American democracy works well. Sixty-nine percent believe government policies “represent the voices of the wealthy and powerful,” and 54 percent agree that “people like me don’t have any say about what the government does.”

Voices of the Future captured responses on issues concerning American democracy via an initial survey of 1,046 Americans ages eighteen to twenty-nine from October 15–November 4, 2021, a deliberative event on November 6, 2021, and a follow-up survey.

From the results of the poll, there is widespread agreement about the importance of core democratic values among this age cohort. Some of the findings include:

As part of the polling process, the participants engaged in group deliberations on several topics related to democracy, such as social media, civic responsibility, and representation. They also discussed specific recommendations in the Our Common Purpose report, including national service, ranked choice voting, voting rights, and campaign finance reform. Through this process, young adults’ understanding of American democracy and their support for measures to strengthen it increased across some measures. For example, their support for the creation of a publicly funded or nonprofit social media platform increased. And support for using a Ranked Choice Voting (RCV) system in presidential elections in which voters rank candidates by preference saw a significant uptick from 49 to 62 percent.

Going forward, the Academy’s Our Common Purpose implementation team will use the quantitative survey data and the qualitative information from the deliberative event to illuminate the priorities and perspectives of younger Americans to inform its work to protect and strengthen American constitutional democracy.

With the deliberative polling data as a guide, the Academy hosted the Youth Agenda for American Democracy summit in partnership with Washington University in St. Louis on November 12, 2021. The goal of the convening was to help participants in the international White House Summit for Democracy understand how young leaders perceive the challenges facing the political system they have inherited, and what they see as the clearest path to reinvent American democracy for the twenty-first century.

Fifty leaders, between the ages of eighteen and twenty-nine, representing twenty-four states and a broad cross-section of expertise and experiences, joined Justin Levitt, White House Senior Policy Advisor for Democracy and Voting Rights, at the summit. The participants were selected from more than 130 nominees and were chosen for their demonstrated leadership experience, outstanding records of civic engagement, and commitment to cross-partisan dialogue. These young leaders work on a variety of issues – climate change, racial justice, and immigration, among other topics – but they share an understanding that progress on the great challenges of our time requires a healthy political system and a functioning representative democracy.

The summit participants highlighted numerous ways in which the current state of American democracy impedes on their work. Three of their concerns include:

The participants at the summit did more than criticize the current state of American democracy. They articulated their own affirmative agenda for strengthening our constitutional system by identifying several achievable solutions:

These priorities are already informing democracy efforts in Washington. The White House is currently engaged in a Year of Action on democracy reform, and the agenda articulated by the participants in the Academy’s Youth Summit helped inform the commitments made by the United States toward global democratic renewal during the White House Summit for Democracy.

Two participants from the Youth Summit, Andrew Brennan and Bobbi Taylor, were invited to represent the United States at the Global Youth Townhall portion of the White House Summit. For Brennan and Taylor, a takeaway from the global townhall was that young people have a particular responsibility to secure the future of democracy not only in their own countries but around the world. Recalling his experience at the townhall, Brennan reflected that “with information accessible at their fingertips, young people do not need to wait until they are elected officials to hold their leaders accountable and ensure that democratic principles are preserved for future generations.”

Young Americans are worried about the state of their democracy, but they are eager to get involved to help fix it. The Academy is committed to continuing to engage this community of emerging leaders and to building a national network of young Americans eager for democratic renewal.

To learn more about the Academy’s efforts to advance the recommendations in Our Common Purpose, please visit www.amacad.org/ourcommonpurpose.