Whose Brooklyn? An Essay by a Visiting Scholar

By
Benjamin Holtzman
Source
Public Books
Back to news
Share 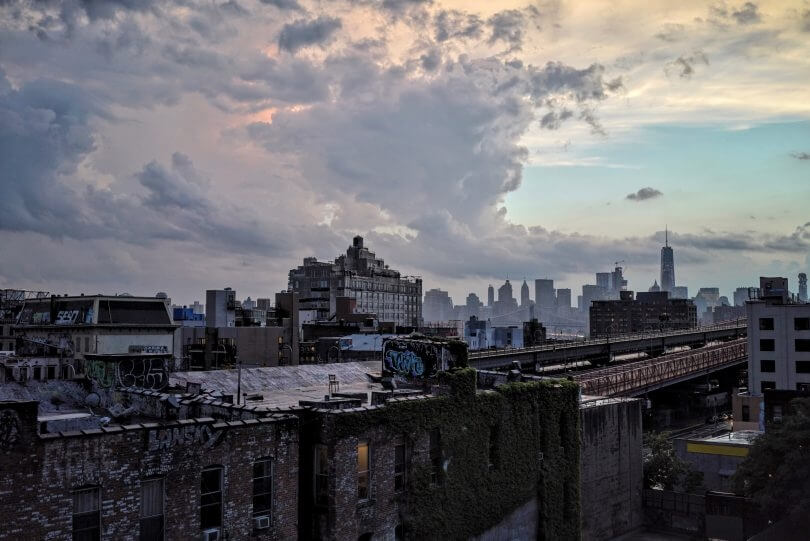 Benjamin Holtzman is a postdoctoral Visiting Scholar at the American Academy of Arts & Sciences, as well as a lecturing fellow in the Thompson Writing Program at Duke University. His book, The Long Crisis: New York City and the Path to Neoliberalism, is forthcoming from Oxford University Press.

In 1939, the editors of Fortune planned a special issue of the magazine on New York City. They tasked James Agee—who had recently filed another Fortune assignment, which would culminate in the masterpiece Let Us Now Praise Famous Men (1941)—with contributing a piece about Brooklyn. The job sent Agee only a short distance from Manhattan. But, in Brooklyn, the writer seemed to feel he had discovered another country.

Watching Brooklynites “in the trolleys, or along the inexhaustible reduplications of the streets,” Agee wrote, with unfamiliar wonder, about his surroundings, “one comes to notice …  a curious quality in the eyes and at the corners of the mouths … a kind of drugged softness or narcotic relaxation.” Agee diagnosed the condition as arising from Brooklyn’s proximity to Manhattan. With its “mad magnetic energy,” Manhattan consumes “most of what a city’s vital organs are,” leaving Brooklyn “a place where people merely ‘live.’” The borough was “an enormous farm, whose crop is far less ‘industrial’ or ‘financial’ or ‘notable’ or in any way ‘distinguished’ or ‘definable’ than it is of human flesh and being,” rendering “Brooklyn so featureless, so little known, to many so laughable.”

Eighty years later, is Brooklyn any better understood? Despite several recent excellent books, much of the borough’s past remains remarkably obscure. Thomas Campanella’s Brooklyn: The Once and Future City is a rewarding excavation of this history, though the book’s largely top-down focus reveals less about the daily lives of common residents than it does about the initiatives to shape Brooklyn by men of relatively high stature: political figures, boosters, landowners, showmen, and planners. More regrettable is that Campanella’s telling of Brooklyn’s story ultimately privileges an even narrower perspective: that of the white residents who left, and of those who “returned.” . . . .