Why is There a Literature in the Latin Language?

By
Denis Feeney
Back to table of contents
Share

I have spent the last few years trying to understand why the Romans developed a literature in their Latin language, when the balance of historical probability was against this happening.1 It is very easy to take the existence of vernacular literatures for granted, but when Rome was developing into a Mediterranean power in the third century BCE, the Greeks were the only people the Romans knew of who had an extensive range of widely disseminated texts, in a variety of literary genres, that were a core part of their education and sense of identity. The process by which the Romans developed their own equivalent began in earnest around the year 240 BCE. In a move without any precedent, the Roman state systematically began to commission translations into Latin of Greek tragedies and comedies for performance at the state’s main religious festivals, starting with the festival of their chief god, Jupiter. Translations of other texts, such as Homer’s Odyssey, soon followed. Even though we now think of the translation of literary texts as perfectly normal, this was not at all the case in the ancient world, and so far as we know no one had ever translated a literary text from Greek into any other language before. Within a generation the authors of these first translations had branched out into independent compositions, such as narrative poems and dramas about the Roman past. A scant century after the first translated Greek dramatic script was staged in Rome, the Romans already had a well-developed Latin literature at their disposal, with dramas, epics, histories, and satires, together with the beginnings of a tradition of scholarship devoted to those texts. A century later still, in 40 BCE, the great Cicero has just died, Virgil and Horace are beginning their careers, and schoolboys throughout Italy are reading not just Homer and Euripides but the classics of the early Latin tradition, such as Ennius or Terence.

How did this happen? It was not inevitable. In fact, I think it is a very strange phenomenon, and comparisons with other significant moments of cultural transfer in world history only highlight how odd the Romans’ choices were. A millennium later, during the extraordinary period of translation from Greek into Arabic under the ‘Abbasid Caliphate in Baghdad (750–1000 AD), we see the opposite pattern to the Roman one. Virtually all of Greek philosophy, science, medicine, and mathematics was translated into Arabic, but high literature was left completely untouched – as was virtually all of Plato, in an act of exclusion that deserves more attention (was his mode of philosophy too “literary,” were his naturalistic dialogues too culturally embedded?). The Romans, conversely, translated only literature out of Greek at first, while technical works of medicine, for example, were left untouched for almost two centuries. 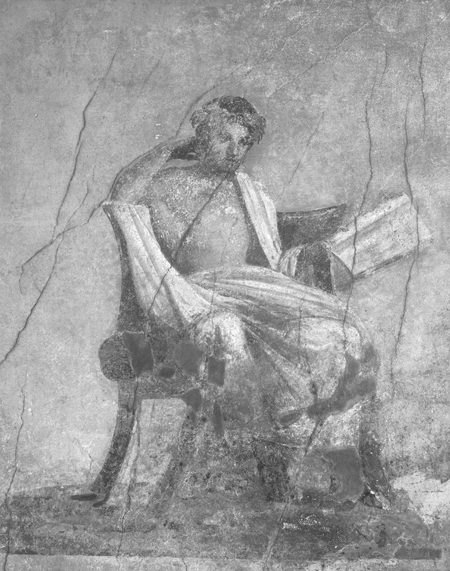 The beginning of the Roman translation project, around 240 BCE, is not a well-documented period, and the Romans’ precise motivations are irrecoverable in detail, but we must look for a general explanation of this remarkable phenomenon in the context of Rome’s long-standing dialogue with Greek culture, which had acquired a new urgency and focus by the middle of the third century. In the generation leading up to the first staged translations, Rome had become a major Mediterranean power following the defeat of the Carthaginians in the First Punic War (264–241 BCE) and the consequent annexation of Sicily. It seems that they wanted to raise their status as a cultural as well as a military and political center, by emulating some of the distinctive features of the other leading Hellenistic powers with whom they were now in direct competition. In pursuit of this objective, they turned to one of the most prestigious, glamorous, and appealing of all Greek cultural products – the theater.

Greek dramatic productions were popular all over southern and central Italy and in Sicily as well, and the Romans themselves had long before developed hybrid and improvisational forms of performance in response to Greek drama. Such shows had been staged at Jupiter’s festival for well over a hundred years. What began around 240 BCE, however, was quite new. The Romans wanted to participate more directly in the world of Greek theater, staging close equivalents of the plays that were so popular all around the world that they were now taking over: the old hybrid medleys could not discharge this function. Nor did the Romans want to have plays in Greek as the focus of their national festivals, in the way that aspiring Hellenistic powers such as Macedonia could do. Canonical Greek plays translated into Latin could provide the ideal solution. In this way, the Roman state could foster prestigious shows that were modern, while maintaining a certain distance from a wholehearted identification with Greek culture – becoming too Greek, merely mimicking Greek, was a cultural strategy that never appealed to them. Translations of acknowledged classics from the respected canons of Greece allowed the Romans to have their cake and eat it too – they could have a national theater of their own, based firmly on an internationally acknowledged repertoire, but they could do so independently, on their own terms.

The writers who provided the translations, and who in time went on to create literary works that were not adaptations of Greek originals, were not born as Roman citizens, but came from a fascinating range of interstitial cultural contexts created by the Romans’ rapid conquest of Italy. They are classic cases of the middle-men and cultural brokers who have so often been the agents of cultural transfer throughout history. The man who was remembered by later tradition as the first to put on a translated play in Rome, Lucius Livius Andronicus, was originally a Greek, “Andronikos,” and it seems that he was brought to Rome after his native city of Tarentum, in southern Italy, was taken over by the Romans in 272 BCE. One of his successors, Quintus Ennius, is more representative in claiming to have “three hearts,” since he knew how to speak Greek, Latin, and Oscan (the main language of central southern Italy). Trilingualism, not bilingualism, was the norm for these pioneers, who in addition to Greek and Latin could also speak Oscan (Naevius, Ennius, Pacuvius), Umbrian (Plautus), or Punic (Terence).

The dramatically swift Roman conquest of Italy had created new constellations of allegiances and affinities, and these poets were products of the new circumstances, moving back and forth between different linguistic cultures, and helping to mediate between Roman and Greek culture above all. With their school training in Greek and in the Greek canonical curriculum, together with their knowledge of the Roman state and its history and ideology, they were able to exploit new opportunities for self-promotion and self-advancement, becoming an indispensable element of the ever-expanding Roman festival program. Surprisingly quickly, a new kind of linguistic and cultural umbrella developed in the Latin-speaking West, providing a smaller mirror-image of the Hellenism of the Eastern Mediterranean. After the conquests of Alexander the Great, when Greek became the dominant language of government and culture in the East, the diverse local elites – Syrians, Lycians, Jews – became adept at joining the mainstream of Hellenism and writing in Greek for a transnational audience. Similarly, by around 150 BCE, the Roman world was fostering an environment in which writers from all kinds of backgrounds could participate in a transnational Latin-based enterprise of literary production and education.

The diffusion and reach of the new literature in Latin are very striking. Fragments of Virgil’s Aeneid have been found at Hadrian’s Wall and in the palace of Masada. Major towns throughout the Latin West had substantial libraries, and individuals in towns like Pompeii or Herculaneum had private collections of books, running up to hundreds, perhaps even thousands, of volumes: the Villa of the Papyri in Herculaneum has so far yielded remains of perhaps up to 1,000 scrolls, only a portion of the original holdings. The illustration above shows an idealized image of a reader from a colonnade in a house at Pompeii, painted on a wall right where the owner of the house would go to read in the sunlight by his indoor garden, having taken a scroll from the shelves in his library.2 This painting is conventionally said to depict the Greek comic playwright Menander, and the house is therefore known as “the house of Menander.” Whoever this person was, he is caught at the very moment when he has finished reading a volume, so that he is not holding it in both hands to unscroll it, but reflecting abstractedly on what he has just been reading. If you follow the line of his vision, you see that he is not looking at the scroll itself, but into the middle distance to the right of his book, preoccupied with his impressions. We all know what that feels like.

Denis Feeney is Professor of Classics and Giger Professor of Latin at Princeton University. He was elected a Fellow of the American Academy in 2016.

2. I would like to thank my friend Reid Byers for his help on the libraries of Pompeii and Herculaneum.