Estimated Number of Humanities Departments, by Discipline, Fall 2007 and 2012 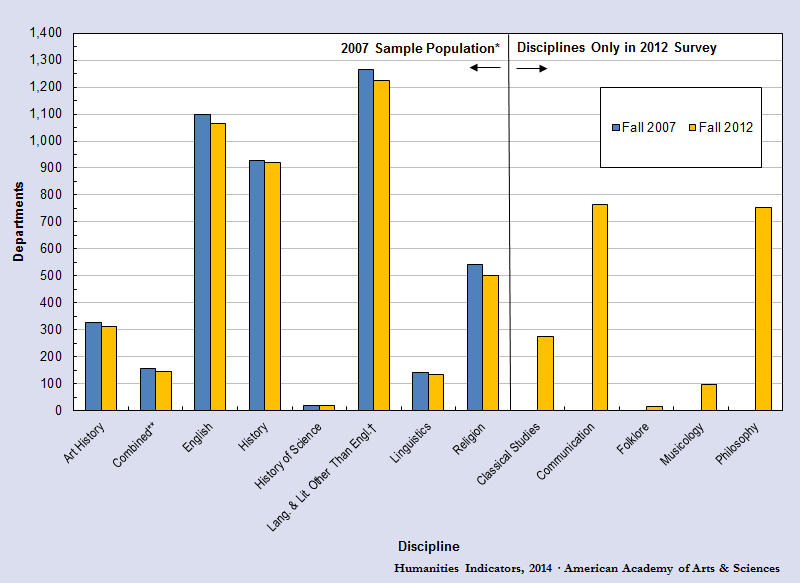 Data Source and Other Information
* For these disciplines, a representative sample of the departmental population was drawn in 2007. Data were collected for this same set of departments for both the 2007–08 and 2012–13 academic years. Because the sample did not include any departments created during the five years between the two surveys, the estimated totals for 2007 and 2012 should not be compared directly. The 2012 values can be interpreted as estimates of minima for the disciplinary totals for that year.

† Some surveyed departments classified as being within languages and literatures other than English (LLE) for HDS-1 were reclassified as belonging to classical studies for HDS-2. Because the published HDS-1 value for LLE cannot be compared with that for HDS-2, the fall 2007 LLE value provided in this graph reflects the reclassification performed as part of HDS-2.