How Do Americans Feel About the Arts? A New Survey Offers Insights

By
Hakim Bishara
Source
Hyperallergic
Back to news
Share 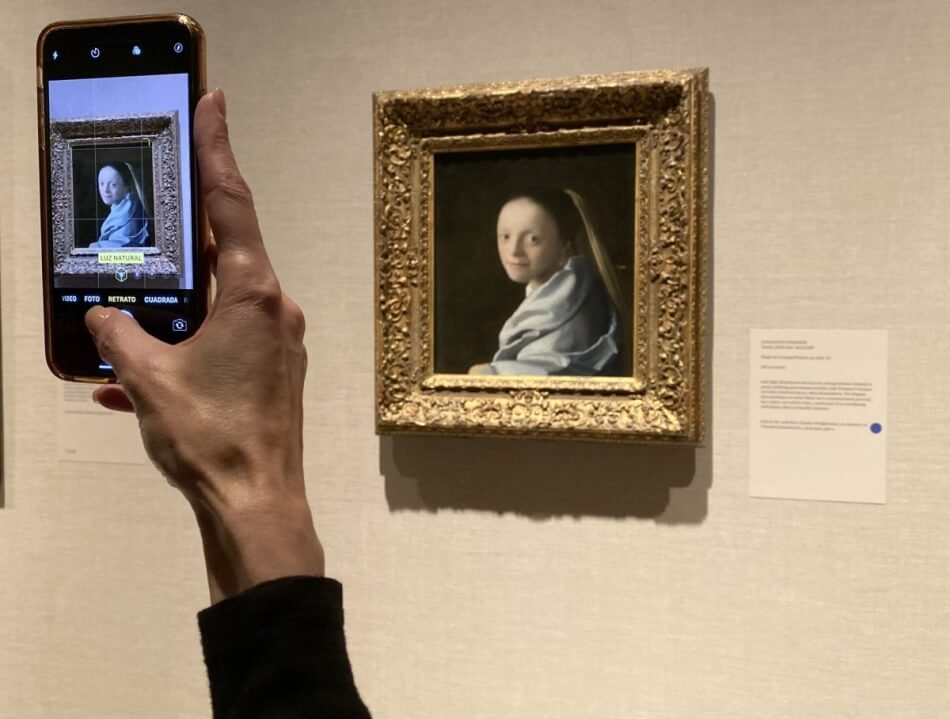 A museum-goer snapping a photo of Johannes Vermeer’s “Study of a Young Woman” (ca. 1665-67) at the Metropolitan Museum of Art in New York (photo by Hakim Bishara for Hyperallergic)

Most Americans have a positive attitude towards arts and humanities, a new study reports. But their relationship to art and art history varies significantly according to their political leanings, socioeconomic status, and gender.

The study, conducted in the fall of 2019, surveyed a nationally representative sample of 5,015 American adults about their engagement with and attitudes toward different disciplines of humanities (art, history, literature, philosophy, etc.) The extensive survey, coordinated by the American Academy of Arts and Sciences’s Humanities Indicators project, was made possible with funding from the Andrew W. Mellon Foundation.

According to the study, 80% of American adults hold a “very favorable” or “somewhat favorable” view of the arts (35% reported the former). However, subjects like science, technology, engineering, and mathematics (STEM) received higher favorability rates between 85-90%.

The respondents reported a positive view of the arts, but only 11% of them said they visit art museums or attend arts events regularly, while another 29% said they do so “sometimes.” Americans with a college degree are more likely than those with a high school education or less to participate in art events; however, education is not found to be predictive of literary event attendance.

The Humanities in American Life: At a Glance

Exploring the Humanities in American Life

Exploring the Humanities in American Life