Elected to the Academy in 1974 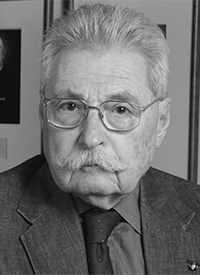 I remember Steven Marcus as a wonderful talker: superb conversationalist, superb public speaker. In both roles, he often articulated unexpected truths. He could talk about anything, and he knew about everything, as a result of his constant, omnivorous, intense reading. He could – and frequently did – enliven and propel a dreary committee meeting by his pungent, cogent formulations of exactly what needed to be said. The American Academy profited from his verbal gifts and the sharp intelligence underlying them. Professor Marcus served on the Council and on the Committee on Studies and Publications and, for many years, as Editor of the Academy. After originating the idea of the Humanities Indicators, he participated eagerly in the program’s development and refinement. To all these activities he brought wisdom, clarity, and vast experience.

His experience included that of writing important books on diverse important subjects: Freud (Freud and the Culture of Psychoanalysis: Studies in the Transition from Victorian Humanism to Modernity, 1984); Dickens (Dickens: From Pickwick to Dombey, 1965); pornography (The Other Victorians: A Study of Sexuality and Pornography in Mid-19th Century England, 1966), and more, much more. On paper as well as in speech, he vividly explored his wide-ranging interests.

Although he taught briefly at City College in New York and at Indiana University, Steven Marcus spent most of his academic career at Columbia University, from which he had received his Ph.D. He thrilled generations of students by his demanding, exciting classroom presence and his capacity to reveal and elucidate unexpected intellectual connections. Men and women in mid-career, far beyond their graduate school days, would reminiscence about the wonders of working with Professor Marcus as their dissertation advisor – the wonder of his kindness, as well as of his high standards and his perspicuity. To hear him reflect, in formal classroom settings or in personal exchange, on a passage in Hard Times or on a Wordsworth poem could guide a listener not only to the intricacy of literary achievement, but also to the thrill of discovering it.

Steven Marcus, a founder of the National Humanities Center in North Carolina, long served as vice chair of its board of trustees. For two terms of office, he chaired the department of English and comparative literature at Columbia; later, he was for two years Dean of Columbia College and Vice President for Arts and Sciences. Always, he used his gifts in the service of the humanities, employing his vigorous intellect to advance his passionate commitment to high causes.

A former student described Marcus, accurately, as “a great scholar and a man of great integrity.” She might have added that he also had a great sense of humor and a wonderful capacity for pleasure: in many ways, a great man. Late in his life, Steven told me that he thought of the American Academy as “his community.” He certainly belonged in the company of the distinguished.

Steven Paul Marcus died in New York City on April 25, 2018. His wife, Gertrud Lenzer, survives him, along with his son, John Marcus, and a grandson, Asa.