ARLINGTON, VA; November 19, 2020 – PBS, as part of its 50th anniversary crowdsourced storytelling project PBS AMERICAN PORTRAIT, today announced its new partnership with the American Academy of Arts & Sciences (the Academy), an organization dedicated to honoring excellence and advancing the common good. PBS and the Academy will work together as project partners on a new crowdsourced poetry campaign curated by Academy member and Pulitzer Prize-winning poet Natasha Trethewey, who served two terms as the 19th Poet Laureate of the United States and is a cochair of the Academy’s Commission on the Arts.

PBS and the Academy will invite the American public to contribute to an “epic” collective poem, written by the American public, edited by Trethewey and inspired by Margaret Walker Alexander’s 1937 poem “For My People.” Walker’s poem aligns with the pressing and ever-present need for racial justice, and the commitment to amplify the voices of all Americans.

The phrase “for my people” will be used as a prompt to invite members of the public to submit lines for a collective ode to people and their communities across the country. Trethewey will then curate the submissions to create a new poem. Members of the public and the Academy will read the poem in a single video available on the PBS AMERICAN PORTRAIT website, the Academy website, on social media platforms and airing in select PBS member station markets. Click here to watch Natasha’s call for public submissions.

For the past year, PBS AMERICAN PORTRAIT has captured thousands of stories from everyday people who have spoken freely about their visions for America. The video reading of this new crowdsourced poem, curated by Trethewey and in collaboration with Academy members and people across America, will debut on Martin Luther King Jr. Day, January 18, 2021.

“With the inspiring example of ‘For My People,’ we will create a new poem made of many diverse voices from around the country to document and celebrate our shared American experience,” Trethewey said.

“The founders of the American Academy understood, in 1780, that the arts are integral to the well-being of individuals and society. We sustain that belief today with our Commission on the Arts and its work to uplift the arts,” said David Oxtoby, President of the Academy. “This exciting project with PBS and a range of other creative and scholarly endeavors help us promote and inform recognition for the arts as an essential part of America’s diverse 21st century democracy.”

“As a national storyteller with a commitment to advancing access and exposure to the arts through our programming, PBS is excited to partner with an esteemed organization like the American Academy of Arts & Sciences,” said Bill Margol, Executive in Charge of PBS AMERICAN PORTRAIT and Senior Director, General Audience Programming and Development at PBS. “This collaboration will invite new ways for people to share their stories through poetry and personal expression at this transformative moment in our nation’s history.”

Launched in January 2020 and timed to PBS’s 50th anniversary celebration, PBS AMERICAN PORTRAIT is a nationwide storytelling project and an ongoing, evolving initiative that asks people all over the country to submit their stories by responding to thought-provoking prompts. Whether it be joy or sorrow, triumph or hardship, the stories captured as part of PBS AMERICAN PORTRAIT reflect a complex and fascinating portrait of America, a picture of life as it’s really lived today. The initiative, which is the organization’s most ambitious multiplatform project in its history, includes a four-part docuseries produced by PBS and RadicalMedia broadcasting nationally beginning on Tuesday, January 5, 2021.

Target is a major funder and national promotional partner for PBS AMERICAN PORTRAIT, expanding the reach of this initiative. Additional funding is provided by Anne Ray Foundation and the Corporation for Public Broadcasting.

Submissions to the For My People prompt can be read, and added to, here.

About the American Academy of Arts & Sciences
The Academy, founded in 1780, is both an honorary society that recognizes and celebrates the excellence of its members and an independent research center convening leaders from across disciplines, professions, and perspectives to address significant challenges.
The Academy’s Commission on the Arts is led by John Lithgow, actor and author; Deborah Rutter, President of the John F. Kennedy Center for the Performing Arts; and Natasha Trethewey, Professor of English at Northwestern University and former Poet Laureate of the United States. The Arts Commission is focused on uplifting the arts in a diverse 21st century American democracy and is funded by the Barr Foundation, Ford Foundation, The Getty Foundation, the John S. and James L. Knight Foundation, The Kresge Foundation, and Roger W. and Victoria P. Sant.

About PBS AMERICAN PORTRAIT
Launched on January 10, 2020, PBS AMERICAN PORTRAIT, a national storytelling project aligned with PBS’s 50th anniversary celebration, is the organization’s most ambitious multiplatform project in its history. A digital-first initiative produced with RadicalMedia, AMERICAN PORTRAIT began by engaging Americans to share their experiences, hopes and values on the web platform. The project evolved to include a digital miniseries titled SELF-EVIDENT; several public art installations and murals in neighborhoods across America; educational materials on media and storytelling from PBS LearningMedia; and three broadcast specials that aired throughout 2020. In addition, hundreds of videographers across the country collected submissions from their respective communities, helping to grow the reach of the project. The project will also put forth a published book following the release of the highly anticipated four-part documentary series. Leveraging the local reach of PBS through its member stations, PBS AMERICAN PORTRAIT presents a mosaic of our country’s diversity by connecting tens of thousands of people across the country, creating a communal voice through individual stories of joy, hardship, triumphs and sorrow. Participants will be able to tell and share their own stories, and see the stories shared by a wide panorama of Americans, united by a series of prompts that will serve as conversation starters, including: “I was raised to believe…,” “The tradition I carry on is…,” “What keeps me up at night is…,” “When I step outside my door…” and “Most days I feel…,” among others like, “I never expected…,” added in response to COVID-19, “Now is the time…” added to encourage people to share their stories about race in light of the events of the summer. The prompts “Now is the time…,” “My American dream…,” “To me, work means…,” “My life right now…,” and “Looking ahead, I…” were added more recently to collect submissions for the upcoming PBS AMERICAN PORTRAIT docuseries.

About PBS
PBS, with more than 330 member stations, offers all Americans the opportunity to explore new ideas and new worlds through television and digital content. Each month, PBS reaches over 120 million people through television and 26 million people online, inviting them to experience the worlds of science, history, nature and public affairs; to hear diverse viewpoints; and to take front row seats to world-class drama and performances. PBS’s broad array of programs has been consistently honored by the industry’s most coveted award competitions. Teachers of children from pre-K through 12th grade turn to PBS for digital content and services that help bring classroom lessons to life. Decades of research confirms that PBS’s premier children’s media service, PBS KIDS, helps children build critical literacy, math and social-emotional skills, enabling them to find success in school and life. Delivered through member stations, PBS KIDS offers high-quality educational content on TV— including a 24/7 channel, online at pbskids.org, via an array of mobile apps and in communities across America. More information about PBS is available at www.pbs.org, one of the leading dot-org websites on the internet, or by following PBS on Twitter, Facebook or through our apps for mobile and connected devices. Specific program information and updates for press are available at pbs.org/pressroom or by following PBS Pressroom on Twitter.

About RadicalMedia
RadicalMedia produces premium content across all media platforms. With offices in New York, Los Angeles, London, Berlin, and Shanghai, RadicalMedia is a global media and communications company that creates and produces television, feature films, commercials, live events and interactive design. RadicalMedia is fluent in each and every discipline of storytelling, with accolades that include Oscar ®, Emmy ®, Peabody ® and Grammy ® Awards. Noteworthy programming includes Netflix’s first original documentary film, the Oscar-nominated and Emmy-Winning What Happened, Miss Simone?; Academy-Award Winning The Fog of War; Paradise Lost; Hamilfilm for Disney+; Hamilton's America and In The Heights for PBS; History Channel’s number one miniseries of all time, GRANT; Black Woodstock, directed by Ahmir “Questlove” Thompson, Untitled Mental Health series with Oprah Winfrey and Prince Harry for Apple TV+, Jeffrey Epstein: Filthy Rich for Netflix; The multi-platform project; PBS’ American Portrait, National Geographic’s Activate: A Global Citizen Movement; and David Byrne’s American Utopia, directed by Spike Lee, coming to HBO later this fall. Check out the latest work on Instagram and at www.radicalmedia.com. 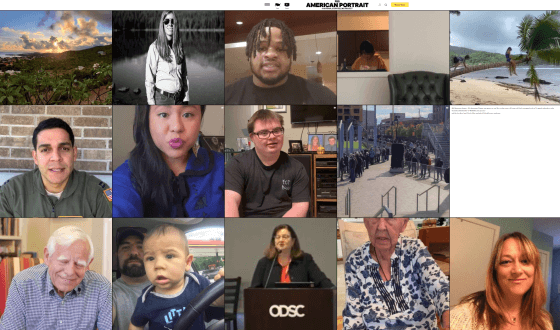 The Commission on the Arts is a multi-year project with distinguished cochairs, more than $1 million of support from foundations and individuals, and a commitment to exploring the role of the arts in American life, with an emphasis on arts education and infrastructure.