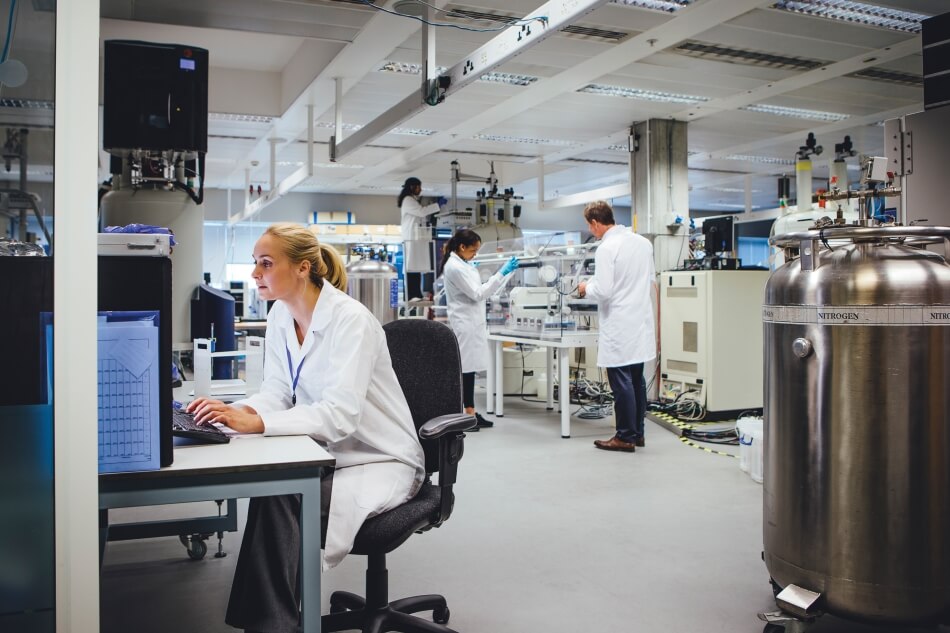 Academy projects in Science, Engineering, and Technology seek to strengthen the capacity of science and engineering to improve the human condition. This goal has never been more important for the nation or for the world. Global challenges increasingly require collaboration across disciplinary, professional, and national boundaries, while rapid advances in information processing and transmission raise new issues for both the management of scientific and technical information and for the ability of individuals and institutions to assimilate and act on new discoveries.

Drawing on the broad expertise of its membership and outside experts, Academy studies in Science, Engineering, and Technology analyze the impact of advances in these areas and develop policy recommendations that are made available to government, academia, nongovernmental organizations, and the private sector. Activities focus on increasing public understanding of current research and technological change, and on helping society adapt effectively and make meaningful use of new scientific and technical knowledge. Areas of interest include U.S. productivity in science and engineering; public understanding of, and trust in, science, engineering, and medicine; and how the adoption of new technologies shapes, and is shaped by, societal values and individual and institutional decision-making.

Alan Leshner
formerly, American Association for the Advancement of Science

The Academy’s multiyear initiative on the Public Face of Science addresses various aspects of the complex and evolving relationship between scientists and the public, and examines how trust in science is shaped by individual experiences, beliefs, and engagement with science. Additional project activities include the role of science in the legal system and the coordination and deployment of scientific teams as part of crisis response.

The initiative has brought together a broad range of experts in communication, law, humanities, the arts, journalism, public affairs, and the physical, social, and life sciences. While this project does not directly address scientific literacy in K-12 and adult education, it will inform such efforts by fostering a greater understanding of the public’s attitudes toward science.

The first project report, Perceptions of Science in America, aggregated data on the current understanding of how Americans view science, scientists, and the impacts of scientific research. The second project report, Encountering Science in America, highlights the numerous ways that individuals encounter science in their everyday lives. The forthcoming final report will present recommendations for improving the practice of science communication and engagement.

Encountering Science in America
(American Academy of Arts and Sciences, 2019)

Perceptions of Science in America
(American Academy of Arts and Sciences, 2018)

Philadelphia-based Academy members gathered for a discussion of the findings and recommendations from the Public Face of Science initiative. Members of the project steering committee, including Kathleen Hall Jamieson and Nora S. Newcombe, shared what they had learned about how Americans perceive and engage with science, and facilitated a discussion on how these insights impact the practice of science communication and engagement.

To mark the public release of the Dædalus issue on “Science & the Legal System,” published in fall 2018 as part of the Public Face of Science initiative, the Academy hosted a panel discussion with guest editors Shari Diamond and Richard Lempert and several of the contributors to discuss the challenges posed by the increasing role of scientific evidence in legal cases as well as possibilities for improvement and reform.

David S. Tatel
U.S. Court of Appeals for the District of Columbia Circuit

“Trust in Science: Vaccines” was the first event in a series inspired by the Academy’s report, Perceptions of Science in America. Presented by the Consortium for History of Science, Technology and Medicine and the American Philosophical Society, the meeting examined vaccine skepticism in contemporary America, historically, and in the clinic. Hellman Fellow Erica Kimmerling participated in the panel discussion and spoke about public trust in vaccines.

Building, Exploring, and Using the Tree of Life

For decades, Douglas E. Soltis and Pamela S. Soltis have collaborated with scientists worldwide to harness algorithm development, computer power, and DNA sequencing to produce a comprehensive Tree of Life representation of all 2.3 million named species. At a meeting held at the Academy, they described their work and how the Tree of Life can be used to illustrate, instruct, and inspire the public about biodiversity.

Students from the Harvard Graduate School of Education participated in a meeting at the Academy about science engagement. Megan Cuzzolino, a doctoral candidate at the Harvard Graduate School of Education, created a course based on the Academy’s report, Perceptions of Science in America, in which her students were asked to design a science engagement product that effectively communicates a scientific topic to an identified audience. At the meeting, Hellman Fellow Erica Kimmerling gave an overview of the Public Face of Science initiative and the students presented their projects to local science communication experts.

Science During Crisis: The Release of a New Report and a Call to Action

The Academy released its report on Science During Crisis at an event at the National Press Club that featured authors Rita Colwell and Gary Machlis and a panel discussion with Brad Kieserman, head of disaster response and operations at the American Red Cross. Academy President
David Oxtoby moderated the discussion. The program provided insight on the important role science plays during crisis response, emerging best practices, and areas for continued research.

Shaping the Public Face of Science

Academy members Jonathan Losos, Peter Raven, and Barbara Schaal organized a roundtable discussion at Washington University in St. Louis. Participants discussed strategies and opportunities for science communication and engagement in the St. Louis community. Erica Kimmerling, the Academy’s Hellman Fellow in Science and Technology Policy, presented insights from two Public Face of Science publications – Perceptions of Science in America and Encountering Science in America – and acted as the facilitator for a conversation about science engagement in the St. Louis area.

The project’s Steering Committee identified two groups of major issues and formed working groups to address each one. One working group is focused on large-scale science and facilities, and the other will study scientific partnerships involving countries with limited resources for science. The large-scale science working group will identify a diverse set of partnerships to evaluate successful and unsuccessful organizational dynamics, institutional practices, and public policies. The resource-limited countries working group will survey partnerships, have discussions with policy-makers, and meet with funders and recipients to find opportunities to make partnerships between researchers in the United States and those in resource-limited countries more equitable and mutually beneficial. Working group members will work with the Academy’s project staff to select and review case studies, arrange consultations with topic experts, and develop and refine recommendations that will be highlighted in Academy reports to be published in 2020.

Shirley Malcom
American Association for the Advancement of Science

E. William Colglazier
American Association for the Advancement of Science

Shirley Malcom, Cochair
American Association for the Advancement of Science

Members of the Steering Committee discussed the focus and desired outcomes of the project. The Committee decided to form two working groups: one focused on large-scale science and facilities and a second focused on partnerships with resource-limited countries.

The working group discussed their work plan and agenda. On the evening before the meeting, the Academy hosted a dinner with members of the working group and special guests from the D.C. area, including Paul Hertz of nasa; Anne-Marie Mazza of the National Academies of Sciences, Engineering, and Medicine; Roger Glass of the Fogarty Institute; and Rebecca Keiser of the National Science Foundation, to discuss candidly some of the challenges they have faced in international large-scale science partnerships.

April 29–30, 2019
American Association for the Advancement of Science
Washington, D.C.

The working group discussed the group’s research strategy and work plan. Key individuals and experts in the D.C. area, including representatives of the National Institutes of Health, United States Agency for International Development, World Wide Fund for Nature, and the Woodrow Wilson International Center for Scholars, among others, joined Academy staff and members of the working group at a dinner the evening before the meeting and for consultations in the afternoon to share their own expertise and to provide insight on how the United States can overcome challenges with these types of collaborations and be a better partner in this landscape.

Shirley Malcom
American Association for the Advancement of Science

The large-scale science working group discussed potential recommendations that could be included in the project’s final report and planned for a major workshop on the topic at the end of July 2019. At a dinner the evening before the meeting, working group members and experts from the University of California, Berkeley, Stanford, and the surrounding Bay Area spoke about the politics of international science and collaboration with China.

Extensive studies of energy and climate have concluded that the energy system in the United States must undergo a substantial transformation to address economic, environmental, and geopolitical challenges. As this transformation takes place, both individuals and public- and private-sector institutions will need to adapt to the profound societal change that will accompany the adoption of new energy technologies. The Alternative Energy Future project is developing a cohesive understanding of the social and regulatory factors that can either inhibit or facilitate transformative change in the U.S. energy system. The project objectives are: 1) to demonstrate the value of social science in designing and adopting innovations in the physical energy system; and 2) to create a research program aimed at understanding how governing institutions and policy design must adapt to the demands of a changing energy infrastructure.

Building on the 2011 Academy report Beyond Technology: Strengthening Energy Policy through Social Science and two special issues of Dædalus in 2012 and 2013 on the Alternative Energy Future, the Academy undertook a three-year research project to understand better the factors that contribute to policy durability and flexibility. This study resulted in the publication of the book, Lessons from the Clean Air Act: Building Durability and Adaptability into U.S. Climate and Energy Policy, edited by Ann Carlson and Dallas Burtraw and published in May 2019 by Cambridge University Press.


STUDY GROUP ON DURABILITY AND ADAPTABILITY IN U.S. CLIMATE AND ENERGY POLICY

Lessons from the Clean Air Act: Building Durability and Adaptability into U.S. Climate and Energy Policy

The Academy, in partnership with Resources for the Future, hosted an event to celebrate the release of the publication, Lessons from the Clean Air Act: Building Durability and Adaptability into U.S. Climate and Energy Policy. The event featured a keynote address by Henry Waxman, former U.S. Representative from California, and presentations from editors Ann Carlson and Dallas Burtraw about how the findings in the book can be used to guide and create effective energy policies at all levels of government.

Dallas Burtraw
Resources for the Future

Water security is an urgent problem for much of the world’s population. Current estimates indicate that globally, 663 million people lack access to safe drinking water and 2.4 billion people lack access to sanitation facilities, and that number is only projected to increase in the coming years. Political, social, and economic factors compound the challenges posed by a changing climate and increasing demand. The Academy convened an exploratory meeting to explore gaps in current research and policy on regional and international water governance, and is now using the insights from this meeting to develop a proposal for a formal Academy project. Supported jointly by the Academy’s programs in Science, Engineering, and Technology and in Global Security and International Affairs, this highly interdisciplinary study will draw on a wide variety of expertise to better understand the socioecological and policy aspects of water management and governance.

Share
Previous Section
The Humanities, Arts, and Culture
Next Section
Exploratory Initiatives
Back to table of contents