Language acquisition on the scale that this Commission proposes will require a combination of skillful instruction, technical assistance and innovation, new and redirected investments, public-private partnerships, and the personal commitment of each individual language learner.

In the past, the United States has only focused on language education in times of great need, such as encouraging Russian studies during the Cold War or instruction in certain Middle Eastern languages after the terrorist attacks of 2001. At such moments, enrollments increase dramatically, but students require years of training before they can achieve a useful level of proficiency, often long after the immediate crisis has faded and national priorities have changed. 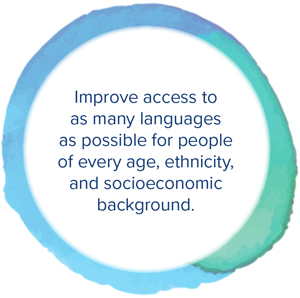 A wiser, more forward-thinking strategy would be to steadily improve access to as many languages as possible for people of every age, ethnicity, and socioeconomic background—to treat language education as a persistent national need like competency in math or English, and to ensure that a useful level of proficiency is within every student’s reach. That is why this report has focused on five capacity-building goals:

Taken together, these goals are aimed at building a strong world language capability alongside English. Each goal can be addressed in a variety of ways. Throughout this report, the Commission has offered examples, successful models, and best practices in order to encourage more innovation around the country. Ultimately, it is up to all of us—parents, students, educators, policy-makers, and businesses—to make language learning a valued national priority, and to address a need that is more acute today than at any other time in our history. 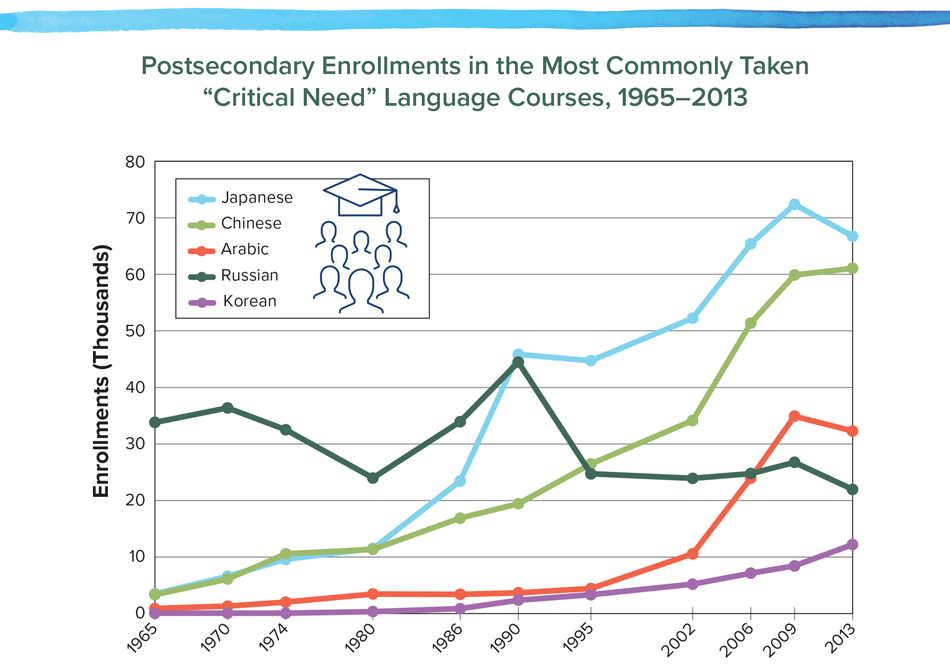