Section 1: An Overview of State Funding for Higher Education 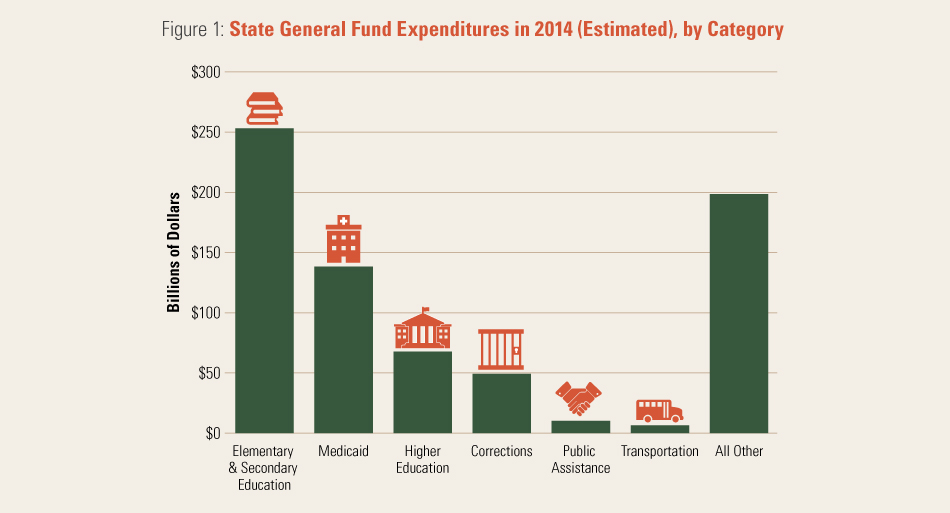 Since public higher education is perceived as a relatively flexible budget item—a rarity among the proliferating mandatory spending programs that dominate state budgets—each institution contends separately with unpredictable funding patterns, a volatility that has a profound impact on their operations. This volatility complicates long-term planning and may reduce their attractiveness as employers, since professors and other staff face greater uncertainty about their job security and long-term career prospects. And the inability to count on state funding leads to tuition increases at the very times when those increases are most difficult for students and their families to bear. Between 2008 and 2014, published public higher education tuition increased by 28 percent after adjusting for inflation. Tuition increased by more than 20 percent in twenty-nine states, more than 40 percent in ten states, and more than 60 percent in six states. Tuition in Arizona rose by 81 percent per student, after adjusting for inflation.5


A number of factors drive the variation in state spending on higher education (see Figure 3): 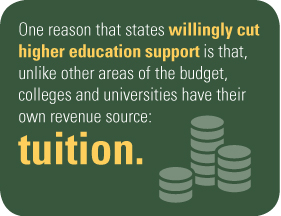 In this report we focus primarily on spending per FTE student as an important measure of the resources available per student, and of the potential consequences of cuts. Governors and legislatures do not, of course, have the luxury of simply funding a desired amount of spending per FTE student: they must make choices about how much funding to provide for public priorities such as K–12 education, higher education, corrections, and health care, in dollar terms. The amount needed or desired will depend in part on whether the population involved is growing or shrinking—more or fewer children in school, students in college, prisoners in prisons, and elderly persons in nursing homes—but must fit into overall priorities. Except for K–12 education, there is no universal access guarantee. While higher education funding will not necessarily follow enrollment, spending per FTE student is a good indicator of how overall changes in spending will affect students. 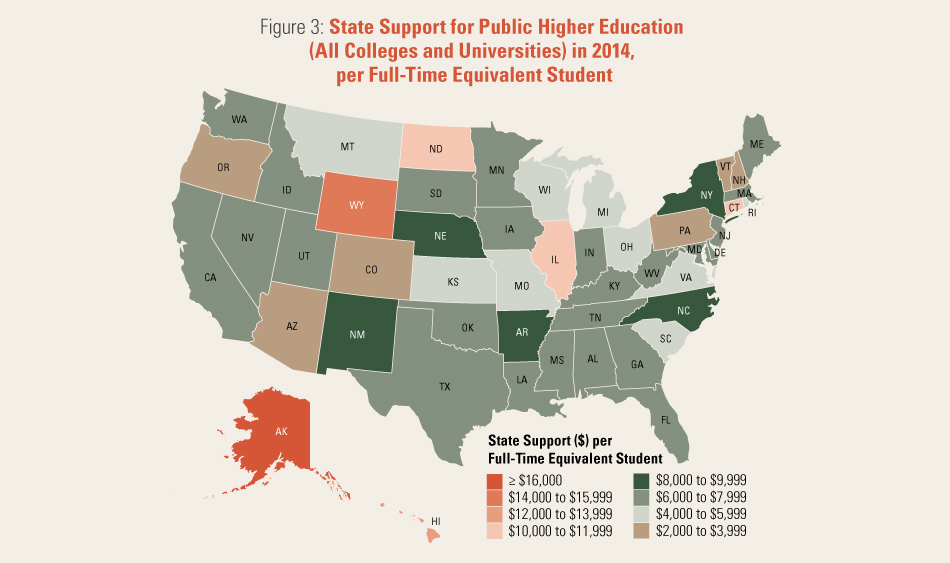 Project
The Lincoln Project: Excellence and Access in Public Higher Education
Share
Previous Section
Introduction
Next Section
Section 2: The Decline in State Funding
Back to table of contents