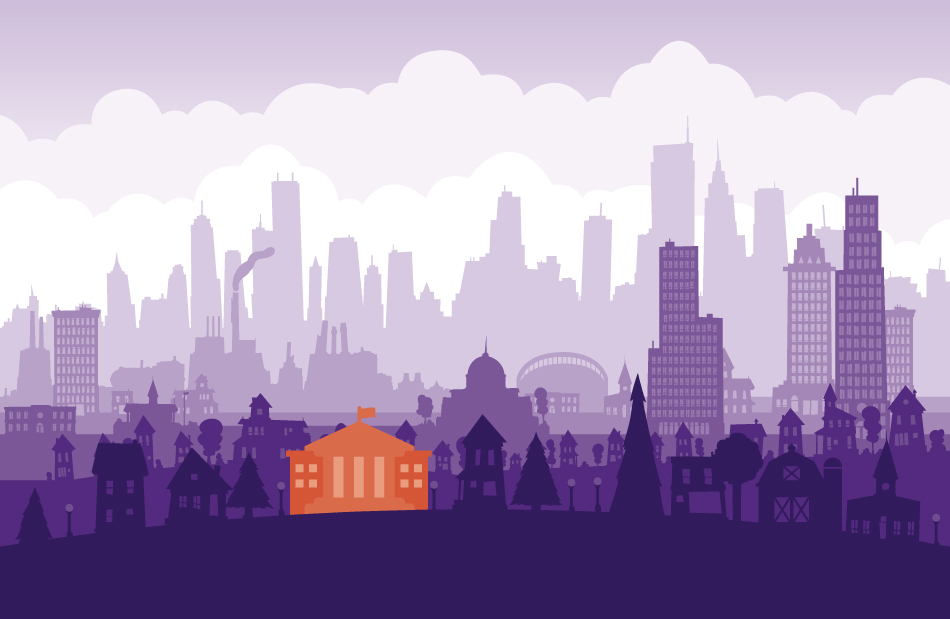 Public research universities support America’s technological innovation, its democratic vitality, and the promise of opportunity for the next generation. Although they represent only 3 percent of the total number of institutions in the U.S. higher education system, their impact is profound. Public research universities transform the lives of the students and families they serve; and they improve the well-being of the entire nation—and much of the global community—through contributions to research, infrastructure, our knowledge base, and the economy. 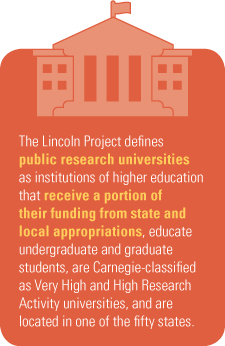 But there is growing concern about the future of these vital institutions. Over the last decade, and especially following the economic collapse of 2008, nearly every state in the nation has dramatically reduced its investment in higher education, with public research universities receiving the most severe cuts. Since 2008, public research universities have suffered a 26 percent drop in state investment.5 Further, declining federal funds for research have added to the strain, despite the slight rebound afforded by the 2016 omnibus spending measure. The current funding model is broken and getting worse, putting at risk a critical component of the nation’s postsecondary education system and research infrastructure.

The American Academy of Arts & Sciences has created the Lincoln Project: Excellence and Access in Public Higher Education to study the importance of public research universities, analyze economic trends affecting their operation, and recommend new strategies to sustain and strengthen these critical institutions. This publication, the fourth in a series of five Lincoln Project reports, examines the many ways in which public research universities contribute to their communities, states, regions, and the nation, and provides empirical evidence of their service to the public good.

Project
The Lincoln Project: Excellence and Access in Public Higher Education
Share
Next Section
Section 1: Public Research Universities are Centers of Discovery
Back to table of contents