Public research universities are responsible for conducting much of the nation’s core research in science, medicine, engineering, and technology. During and after World War II, the nation’s federal research and development was performed primarily by national laboratories and industrial research laboratories, including those supported by Bell Telephone, Xerox, and Hewlett Packard. But many of these great industrial laboratories have since shut their doors, and American companies have formed partnerships with research universities to fill the gap.6 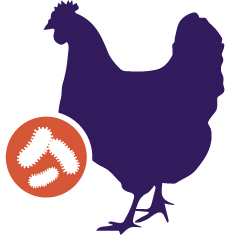 There were approximately forty-eight million cases of food-borne illnesses in 2011, causing—according to conservative estimates—a $14 billion burden on the U.S. economy. In response, the U.S. Department of Agriculture funded a pilot project headquartered at Georgia Institute of Technology to investigate what food research is being done, where, by whom, and to what effect.19 The resulting data sets show how research investments bring about new food safety measures, and the impact that these innovations have on policies governing safe growth, processing, and distribution of food. These connections also show the influence that research dollars have on other outcomes, including student job placement, publication of research articles, and number of patents filed.20

7 Researchers were employed at public research universities at the time the award was given. See Nobel Prize, “Nobel Laureates and Research Affiliations,” http://www.nobelprize.org/nobel_prizes/lists/universities.html.

12 Association of American Universities, “Riding the Wave of Federal Investment: How Federal Research Made the iPad Possible,” January 10, 2014, http://www.aau.edu/WorkArea/DownloadAsset.aspx?id=14900.

14 Association of American Universities, “Riding the Wave of Federal Investment.”

15 U.S. Social Security Administration, “Agency History—Research Note #8: The Special Role of the University of Wisconsin in the History of Social Security,” https://www.ssa.gov/history/wiscrole.html.

16 Jonathan R. Cole, The Great American University: Its Rise to Preeminence, Its Indispensable National Role, Why It Must Be Protected (New York: Public Affairs, 2009), 205.

23 UC Office of the President, “UC Only University to Join Coalition Led by Bill Gates to Invest in Climate Solutions,” University of California, November 29, 2015, http://www.universityofcalifornia.edu/press-room/UC-only-university-join-coalition-led-bill-gates-invest-climate-solutions.

26 See the UCLA Institute for Society and Genetics at http://socgen.ucla.edu.