By
Jill Barshay
Source
The Hechinger Report
Back to news
Share 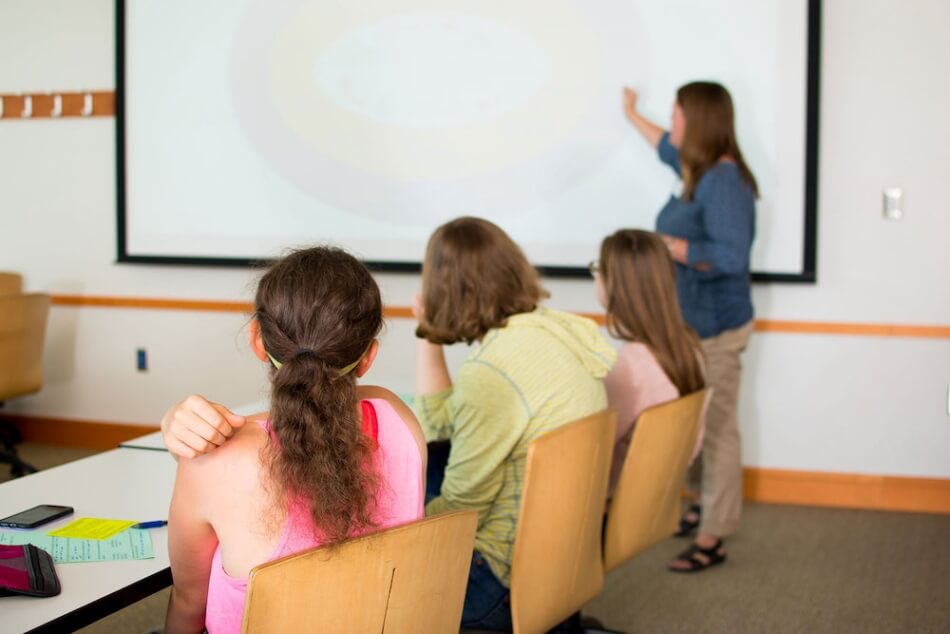 The drop in college graduates who majored in humanities ranges between 16 percent and 29 percent since 2012. The last time colleges produced this few humanities graduates was in 2002. Credit: Meenakshi Van Zee for The Hechinger Report

When the economy is growing, people are generally more willing to take risks. That’s true for college students too. In the post-war boom of the 1950s, college students were confident of their economic futures and many studied liberal arts subjects such as English, history and philosophy. In the stagflation of the 1970s, interest in these disciplines plummeted. As the economy recovered, so did the humanities.

But now we have a puzzle.

Following the Great Recession of 2008, college students turned away from the humanities, as expected. After a few years, the economy not only revived but thrived. Unemployment dropped below 5 percent and the stock market soared, posting one of the best decades in history. But this time, college students didn’t come back to English, history and other liberal arts disciplines. Instead, more and more students turned away from the humanities and opted to major in engineering, health and other career-oriented fields.

Now, the number of college students graduating with a humanities major has fallen for the eighth straight year to under 200,000 degrees in 2020, according to federal data from the Integrated Postsecondary Education Data System. Depending upon which fields you include in the humanities bucket, the drop in graduates is somewhere between 16 percent and 29 percent since 2012. The last time colleges produced this few humanities graduates was in 2002.

If you think about academic departments competing for market share among students, it’s even bleaker. Fewer than one in 10 college graduates obtained humanities degrees in 2020, down 25 percent since 2012. That’s using a broad definition of humanities that includes “communications,” a popular major that now makes up more than a quarter of all humanities graduates. If you prefer a narrower, historical definition of humanities — restricted to English, history, philosophy and foreign languages and literature — only 4 percent of college graduates in 2020 majored in one of these disciplines.

“These humanities fields are down to unprecedented levels,” said Rob Townsend, director of humanities, arts and culture programs at the American Academy of Arts & Sciences. “It’s worrisome.”

Pure sciences like physics and chemistry are included in the liberal arts and sciences but not the humanities. Social sciences, such as psychology, are also considered part of the liberal arts but not included in the humanities data here. The broader humanities category that includes communications also encompasses religious, ethnic and gender studies. Regardless of what is and what isn’t a “humanities” subject, and whether the term “liberal arts” can be used interchangeably, the trends are all heading downward and showing no signs of bottoming out or stabilizing.

English language and literature — a major that used to account for a third of all humanities degrees  — has been particularly hard hit. In 2020, there were only about 37,000 college graduates who had majored in English, down a third from 55,000 in 2009. History is seeing a similar collapse, down 35 percent.

By contrast, students are increasingly gravitating toward majors in business, engineering and health-related fields. More than 430,000 college students graduated with business majors in 2020, up 60 percent over the past 20 years. Engineering majors have more than doubled during this period; 195,000 students graduated in engineering in 2020, almost matching the number of humanities graduates. Majors in health and medicine fields have tripled in the past 20 years to more than 260,000 graduates in 2020, far surpassing humanities majors.

Townsend at the American Academy of Arts & Sciences says that the current downturn in the humanities is “puzzling.” Logically, rising tuition costs might pressure students to select more practical career-oriented fields of study. “As soon as you finish that degree, you’ve got to start paying off student debts,” Townsend said. “And it takes humanities majors a year or two longer to work their way into the job that’s going to be their long-term career.”

However, when tuition and student debt soared in the 1990s, students defied predictions and flocked to the humanities.  “Humanities majors kept going up, up, up, up, up into the 2000s,” said Townsend.

Current economic anxieties that erupted with the pandemic in 2020 are certainly not helping the humanities now. “It’s just harder in economic hard times to feel comfortable taking that risk,” said Townsend.

One overlooked factor working against the humanities is the role of early college credits from AP courses and dual enrollment programs. More and more students are placing out of humanities requirements when they arrive at college. “It’s becoming harder to draw students into that first class where you can try to attract them as major,” said Townsend.

Townsend also wonders if the rise in technology use and the decline in reading habits are affecting interest in the humanities, subjects that require a lot of reading in college.

The stakes are high for academia. As departments become less popular, they cannot hire as many tenure track professors and rely more on adjunct faculty. Weak faculties, in turn, discourage more students from the major and accelerate the downward spiral. “I think we’re reaching a kind of an existential tipping point for a lot of a lot of departments that potentially could lead to their elimination,” said Townsend.

The stakes for students and society as a whole are less clear. Today, we have as many college students graduating with humanities majors as we did in 2002, and it wasn’t considered alarming at the time. (See graph above.)

Still, the signs ahead don’t look good. There are almost 9 percent fewer college students majoring in the liberal arts and humanities now in fall 2021, compared with two years earlier in 2019, according to the most recent enrollment data from the National Student Clearinghouse Research Center. English majors seem to be sliding faster still. They were down 10 percent in the spring of 2021 compared to 2020. As low as things are now, we should expect even fewer humanities degrees in the years to come.

This story about liberal arts degrees was written by Jill Barshay and produced by The Hechinger Report, a nonprofit, independent news organization focused on inequality and innovation in education.

State of the Humanities 2021: Workforce & Beyond

The Afterlife of the Humanities Major

What Becomes of Humanities Majors after College? A New Indicators Report Offers Clues

Humanities Graduates Are Happy With Their Lives