Museums Can Renew America Through the Semiquincentennial 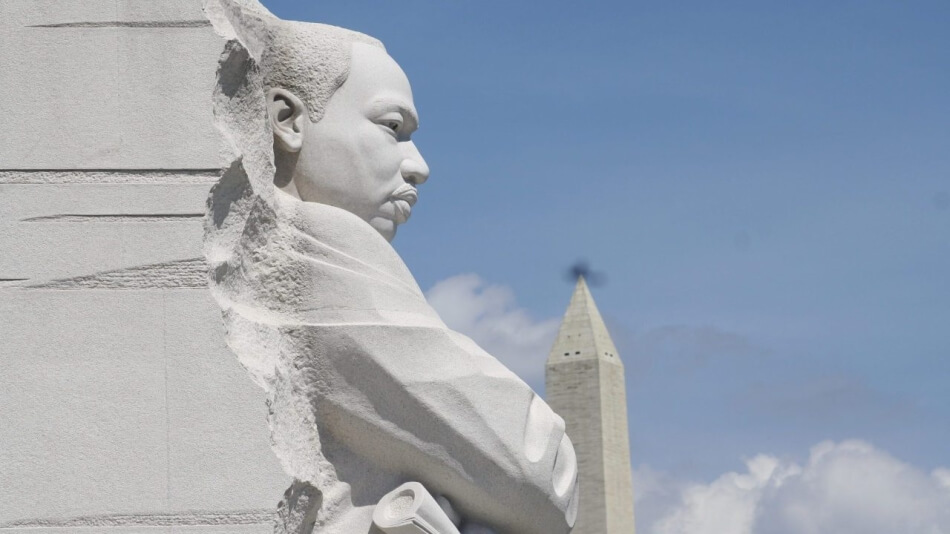 The 250th anniversary of the United States' founding is approaching, and the opportunities are huge for museums to reframe history and engage their communities more deeply. Photo credit: Woubishet Z. Taffese on Unsplash

Though it may still feel like a long way off, the United States’ 250th anniversary is rapidly approaching. Right now, the US Semiquincentennial Commission, federal agencies, state history organizations, and individual museums throughout the country are all preparing for the America 250 commemoration, and many more will join them soon. This summer, planning that has been mostly behind the scenes will enter a more public—and more urgent—stage.

In 2026 and the years leading up to it, the Semiquincentennial anniversary of our founding will be the center of public conversation and activity, presenting a huge opportunity to museums and other history organizations. From high-profile, national signature programs through locally organized community efforts, the 250th anniversary will encompass a range of historical, educational, and cultural initiatives across a wide variety of program types and in all areas of the United States. Already, more than a dozen states have organized state-level 250th commissions and federal entities like the National Park Service, Smithsonian Institution, National Endowment for the Humanities, and others have all begun outlining their plans. Even Major League Baseball has scheduled its All-Star Game in the summer of 2026 for Philadelphia. The 250th will be an anniversary that commands the public’s attention like little else can do.

As we approach the five-year mark to July 4, 2026, every museum should be thinking creatively and ambitiously about what they want the 250th to look like in their community and what kind of impact they hope to achieve.

While the US Semiquincentennial Commission outlined a broad vision for the commemoration in its 2019 Inspiring the American Spirit report—describing a grassroots commemoration that educates, engages, and unites the country by exploring all of American history—the specifics of that commemoration will mostly be left for institutions and communities to decide for themselves. Because the 250th is designed as a broad, decentralized, and nationwide commemoration, even museums that are skeptical of the country’s founding narrative or feel little connection to 1776 will be able to use this opportunity to reach new audiences, try new projects, and renew public engagement with history.

Ultimately, the Semiquincentennial will be whatever we—communities, museums, cultural and educational institutions—decide it should be, but we need to act now. As we consider our plans, museums would do well to keep in mind the incredible opportunities that will be open to us as attention towards and funding for 250th-related projects increase in the lead-up to 2026. In short, the 250th presents a once-in-a-generation opportunity to transform the nation, and museums should play a central role.

Although the possibilities are limitless, recent research and publications that consider civics, history, and the Semiquincentennial suggest museums can have their greatest impact in two critical areas. First, the 250th will enable museums to help audiences engage with a fuller story of our nation’s history. They can provide an honest look at the diverse people and complex events of our past, helping to build a stronger, more widely shared historical foundation for the nation, one that can help us better understand the present. Second, museums can help repair the nation’s civic fabric. By positioning themselves as critical community anchors and providing opportunities for mutual understanding, museums can help audiences develop and practice the civic skills needed to maintain our democracy.

2026 could be a transformative moment for the nation and for the museum community. Just as the Bicentennial era saw profound changes in the ways history institutions operated and how the public engaged with history, the Semiquincentennial could have a tremendous impact on the nation’s history and museum community. We need to prepare now to take advantage of these opportunities.

History has had a major moment over the past several years. Amid a national reckoning with the United States’ history of slavery and racial violence, contentious conversations about history have arisen in the news, on social media, in Congress and state legislatures, and at our institutions, revealing deep divisions in the ways we interpret the American past. These divisions raise questions that are sure to be at the heart of the 250th commemoration: What is the legacy of the founding era? How do we reconcile the innovations of our democracy and rights-based constitution with the country’s repeated failures to live up to its ideals? How can we craft a more widely shared story of our past, one in which everyone sees themselves represented? As historian Jill Lepore and others have argued, the absence of a national historical narrative that is both inclusive and shared leaves us with a shaky foundation upon which to build collective civic action or mutual understanding.

The approach of the 250th anniversary offers a rare opportunity to renew engagement with history, to ensure everyone sees themselves in the American story, and to help audiences understand how the diverse people of our past all shaped the nation. By helping us reach a wider swath of the American public, the 250th commemoration can help history museums and other institutions make clear to our visitors not only that history matters, but that their history matters. In the lead-up to 2026, museums can serve their communities and transform the nation by modeling historical thinking, inviting audiences into the historical process, and transparently sharing the complexity and ambiguity in our history. It’s a tall order, but as one of the sources of history most trusted by the public, museums have a critical role to play in sharing a fuller story of our nation’s past.

Several recent reports about history and civic engagement reveal just how high the stakes are and how difficult the work will be as we approach the Semiquincentennial. In Our Common Purpose: Reinventing American Democracy for the 21st Century, a commission convened by the American Academy of Arts and Sciences notes that “Polarized depictions of American history—the triumphal and the genocidal—continue to divide us and impede productive civic collaboration.” A recent survey from the American Historical Association found that “84 percent of Republicans believe history should celebrate our nation’s past, while 70 percent of Democrats think history should question it.”