Education and the Development of Knowledge 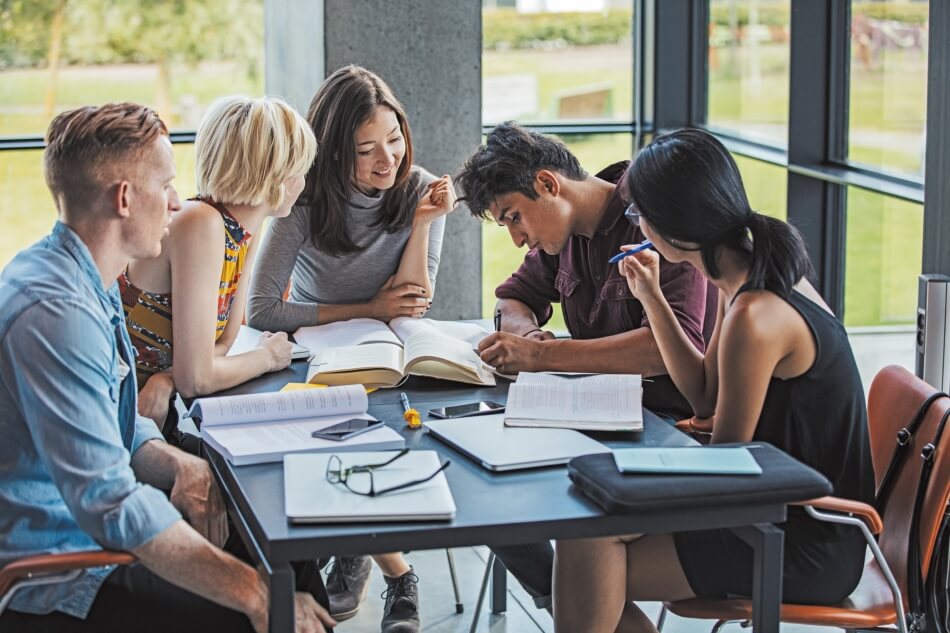 Projects in the Education and the Development of Knowledge program area inform policy and practice in support of high-quality, lifetime educational opportunities for all Americans. The program area continues the Academy’s enduring focus on the vital role education and knowledge development play in our nation and in our world. From advancing equitable educational outcomes to leveraging new developments in the learning sciences and digital technologies to questioning how domestic and international scholarly work may be affected by advances in machine learning, the Education and the Development of Knowledge program area – through commissions, projects, convenings, and publications – draws upon scholars and practitioners from various fields and disciplines to explore the conditions that foster the creation, transfer, and preservation of knowledge in a global context.

The Commission on the Future of Undergraduate Education is a multiyear initiative charged with examining the current state of American undergraduate education, projecting the nation’s short-term and long-term educational needs, and offering recommendations to strengthen all aspects of undergraduate education. The Commission – whose members include leaders from higher education, philanthropy, business, and government – reviewed the research and data; met with students and faculty members, experts, and state and federal policy-makers; and produced a data-based primer on the student journey through college, four in-depth research papers, and a comprehensive final report. The key idea emerging from this body of work is that what was once a challenge of quantity in American undergraduate education, of enrolling as many students as possible, is increasingly a challenge of educational quality–of making sure that all students receive the education they need to succeed, that they are able to complete the studies they begin, and that they can do all this affordably. The Commission is engaging in a range of outreach activities through June 2020 to make its work as widely read as possible and to advance its recommendations around quality, completion, and affordability.

A Primer on the College Student Journey
(American Academy of Arts and Sciences, 2016)

Program Director Francesca Purcell (American Academy of Arts and Sciences) participated in a panel discussion at the National Academies of Sciences, Engineering, and Medicine’s Roundtable on System Change in Undergraduate stem Education. The discussion explored the various forces affecting and shaping higher education and its future and the implications of these changes specifically for undergraduate stem education.

Commission Cochair Michael McPherson (formerly, Spencer Foundation) delivered a keynote address at the annual meeting of the Consortium on Financing Higher Education on the future of undergraduate education and the implications for colleges and universities in making good decisions in a constrained economic environment.

Minnesota’s Private Colleges: Implications from The Future of Undergraduate Education

Commission Cochair Michael McPherson met with several presidents at the Minnesota Private College Council’s semi-annual meeting to provide an overview of the key themes from the Commission’s report, as well as engage in discussions focused on college affordability.

A Dialogue on the Future of Higher Education in America

Commission Cochair Michael McPherson and Pam Grossman (University of Pennsylvania) chaired a meeting that brought together dozens of researchers, practitioners, and institutional leaders to examine the current state of the research on and use of effective teaching practices; highlight individual and group efforts dedicated to this work; and consider how Academy members and other organizations can advance the widespread adoption of skillful college teaching.

Guest editors Michael McPherson (formerly, Spencer Foundation) and Sandy Baum (Urban Institute) convened the authors writing for the Dædalus issue on the undergraduate educational experience to discuss and provide feedback on their draft essays. The authors include scholars and experts from the fields of education, psychology, history, economics, political theory, and the natural sciences.

Sandy Baum spoke at the Texas A&M Board of Regents’ Committee on Academic and Student Affairs meeting about the Commission’s recommendations around college affordability, teaching, and completion as well as specific recommendations for higher education leaders.

Michael McPherson and Sandy Baum met with leaders from colleges and universities as well as with state policy-
makers, including the lieutenant governor and the governor’s senior education advisor, to discuss the three key recommendations from the Commission’s report: affordability, completion, and quality. The Academy collaborated on this meeting with the College Promise Coalition, the Washington Student Achievement Council, and the University of Washington.

Commission members Michael McPherson, Sandy Baum, and Michelle Weise (Strada Education Network) gave presentations related to the key findings of the Commission’s work. The several hundred participants at the conference included leaders from two- and four-year institutions as well as high schools, members of the business community and from philanthropic organizations, and policy-makers.

Commission member Sandy Baum delivered a keynote address at the Maryland Higher Education Commission’s biennial Maryland College Completion Summit. Her presentation featured data and findings from the Commission’s work as well as recommendations to help the state reach its goals of having at least 55 percent of Maryland’s adults, between the ages of twenty-five and sixty-four, earning at least an associate’s degree by the year 2025.

“I Have A Dream” Foundation

Program Director Francesca Purcell facilitated a discussion among the board members, senior staff, and affiliate executive directors of the “I Have A Dream” Foundation about the systemic barriers students from under-resourced communities face in getting to and through college, and how a postsecondary credential affects the lives of graduates. The conversation also explored how the Foundation can better support students in completing a quality postsecondary program for long-term professional and personal success.

A Study on K-12 Education

The Academy is engaging in a series of sounding meetings to identify and refine areas of inquiry in K-12 education that would benefit from a multidisciplinary, evidence-based analysis. From fall 2018 to spring 2019 the Academy held nine sounding meetings across the country (in Chicago, Los Angeles, Palo Alto, San Francisco, Seattle, New York, Cambridge, Philadelphia, and Nashville), cohosted by a local member, that engaged more than a hundred individuals (including thirty-eight Academy members) in education research, administration, teaching, philanthropy, and business. Common themes discussed at the soundings include the challenges of scaling reform initiatives and achieving systemic change; issues of educational inequity associated with race, ethnicity, and socioeconomic status; the recruitment, training, and retention of high-quality teachers and school leaders; achieving universal literacy by the end of third grade; public perceptions of K-12 education; the nature, purpose, and delivery of K-12 curricula; and the need to address students’ challenges beyond the classroom.

Anthony Bryk
Carnegie Foundation for the Advancement of Teaching

Will Miller
The Wallace Foundation

Share
Previous Section
American Institutions, Society, and the Public Good
Next Section
Global Security and International Affairs
Back to table of contents