The pool of top scientific talent is increasingly international and mobile. More countries are expanding their educational capacities and investing in their research communities, and talented young scientists are pursuing their education in research institutions around the world.

The United States does not have a monopoly on facilities, talent, or thought leadership, and “bottom-up” research activities are an essential component of U.S. participation in international collaborations. As the entire globe invests in training scientists and developing scientific capacity, it has become imperative for the United States to support its scientists who participate in international collaborations, just as it is valuable for researchers at any one U.S. institution to collaborate with talented researchers at other U.S. sites.53

Supporting diverse entry points into international collaborations, including participation in international research conferences and connections between organizations such as the InterAcademy Partnership and the Global Young Academy, is important for building a strong and inclusive scientific collaboration ecosystem.54 The Human Cell Atlas, a grassroots collaboration of networks of scientists interested in cellular functions, is an impor­tant example of the wealth of the world’s scientific talent working in collaboration (see Human Cell Atlas: Making a Map of the Building Blocks of Life).

For a variety of reasons, the number of U.S. citizens and permanent residents who participate in the nation’s STEM workforce is insufficient to meet the nation’s needs.55 While an overall boost in participation is needed, particular efforts must be made to support the participation of groups who are notably underrepresented and have significant potential to contribute to the U.S. science and engineering (S&E) workforce. In 2017, women accounted for just 29 percent of all S&E employment, though their representation varies widely across fields. Underrepresented minorities, including individuals who are Black, Hispanic, or American Indian and Alaskan Native, make up 28.1 percent of the U.S. population, but only 13.3 percent of the S&E workforce.56 While the myriad factors contributing to this underrepresentation are now more widely recognized and addressed, such as through the National Academies of Sciences, Engineering, and Medicine reports on sexual harassment in 2018 and minority serving institutions in 2019,57 significant work must still be done to overcome the barriers preventing so many in the United States from participating in the S&E workforce.

Unless the nation addresses the many barriers to that participation successfully, we are likely to continue to be strongly dependent on international talent. At the same time, welcoming international students, researchers, engineers, and entrepreneurs to the United States has long been an essential mechanism for the United States to maintain its scientific leadership, and this strategy has been very successful in allowing the United States to gain access to global talent. In 2017, 42 percent of U.S. S&E faculty were foreign born.58 Since 2000, 38 percent of the American awardees of the Nobel Prize in Physics, Medicine, or Chemistry were immigrants.59 Fifty-five percent of U.S. startup companies valued over $1 billion in 2018 were founded by immigrants, many of whom first came to the United States as science and engineering students.60 An openness to accepting immigrants and welcoming them into U.S. society has been a major reason for the success of the U.S. S&E enterprise, both in academia and industry. Increasing foreign graduate student admissions, for example, has been linked to increases in U.S. patent applications and patent grants earned by universities and commercial firms alike.61 It is essential that the United States continue to have an academic education and research system that is open, strong, and attractive and welcoming to international students, many of whom choose to remain in the United States and become citizens. As of 2019, 71.2 percent of all temporary visa-holding doctoral students intended to stay in the United States following the receipt of their doctorate (Figure 3).62

Figure 3: Percent of International Doctorate Recipients Who Intended to Stay in the United States after Completion of their Degree, 2013–2019 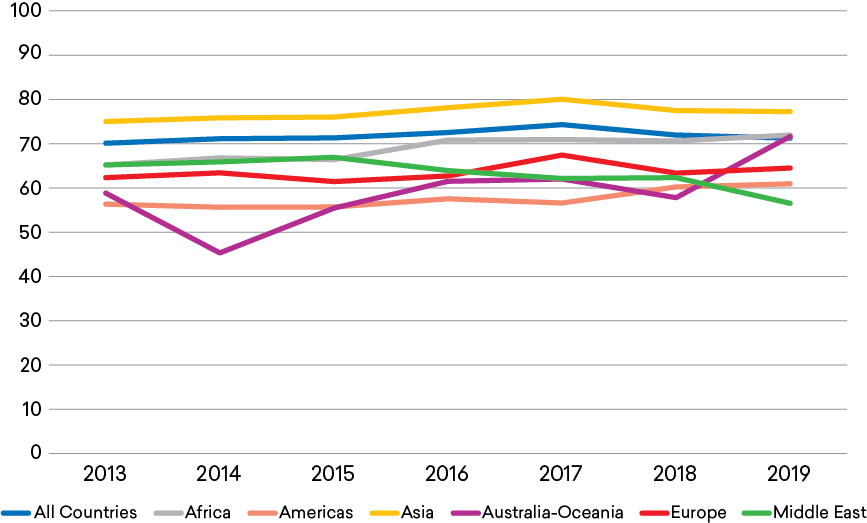 Human Cell Atlas: Making a Map of the Building Blocks of Life

The human body contains an estimated thirty-seven trillion human cells whose properties give rise to all human tissues and organs63. Over the past ten years, cellular biology and sequencing technology advances have unlocked a new world of scientific exploration of individual cells and the ways their functions affect human health, including the discovery of new cell types that may reveal the secrets of diseases (see New Human Cell Type below).64 Cellular biologists are working to capitalize on fundamental research to develop precision medicines, especially for treatment of cancers.65

The Human Cell Atlas (HCA) works to generate a comprehensive map of the types and properties of all human cells, building a unified platform for global scientific participation. By working at large scales with hundreds of scientists, the collaboration can achieve major research milestones, including mapping over one million immune cells from human white blood cells, bone marrow, and umbilical cord blood.66 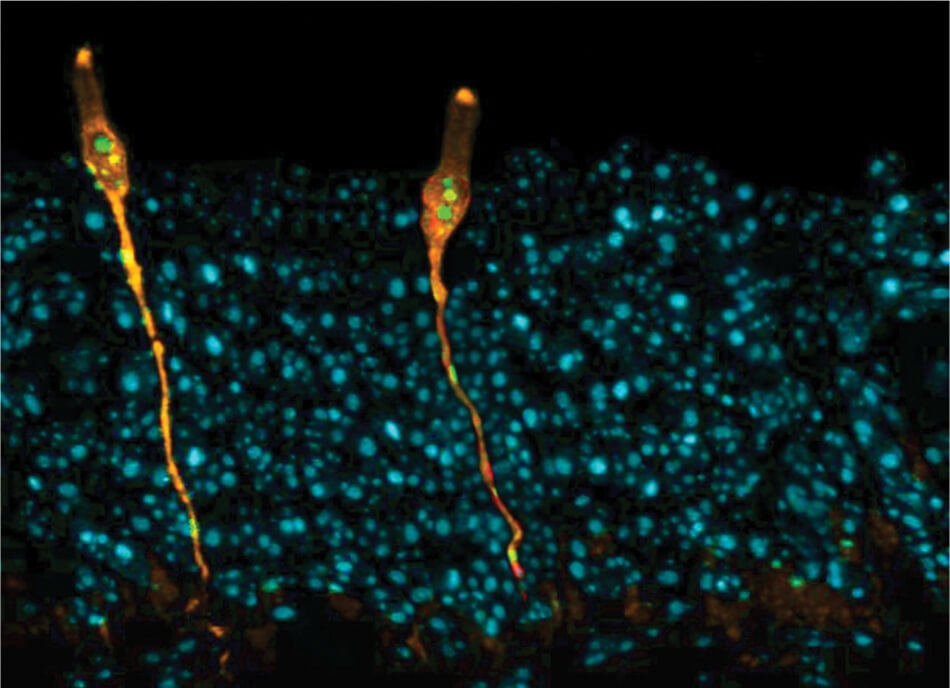 Any researcher in the world can become an HCA member by joining the HCA member registry and agreeing to abide by the HCA white paper principles, including a commitment to transparency and data sharing, to open collaboration, and to diversity, equity, and inclusion.67 Related scientific projects throughout the globe can be listed in the HCA project registry, enabling consistent information release and standards among researchers working in varied international contexts. To date, the project has over two thousand members in over one thousand institutes across more than seventy countries, and it works to incorporate studies from scientists in both well-established and emerging scientific partnerships.68

The HCA was started by Aviv Regev and Sarah Teichmann, individual scientists in the field working across national boundaries who developed and agreed upon project goals. Since then, it has grown considerably and attracted significant funding, including a recent $68 million award from the Chan Zuckerberg Initiative, a £6.7 million investment from the United Kingdom Research and Innovation’s Medical Research Council, and €4.9 million in grant awards from the European Union’s Community Research and Development Information Service.69 The initiative’s bottom-up approach has allowed for a variety of funding and talent sources across the world to contribute to the project as it grew into the established effort it is today. As support for the HCA from entities in the United States and around the world builds, so too does its potential to yield life-saving health discoveries. 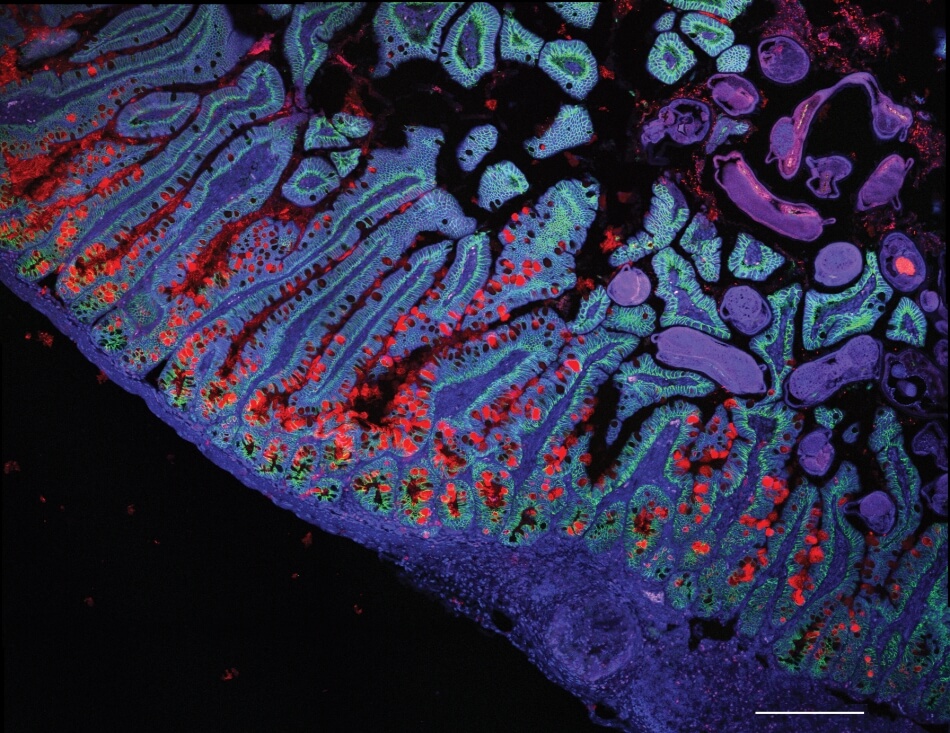