America at a Tipping Point

America’s total national investment in research and development as a fraction of GDP has remained stagnant at 2.4–2.7 percent for nearly half a century (Figure 2).10 Meanwhile, other nations, especially China, have accelerated such investments. Because of America’s tepid response to rising competition from abroad, the United States has fallen to tenth place among Organisation for Economic Co-operation and Development (OECD) nations in investment in R&D (public and private) as a fraction of GDP.11

Figure 2: National R&D Investment as a Percentage of GDP 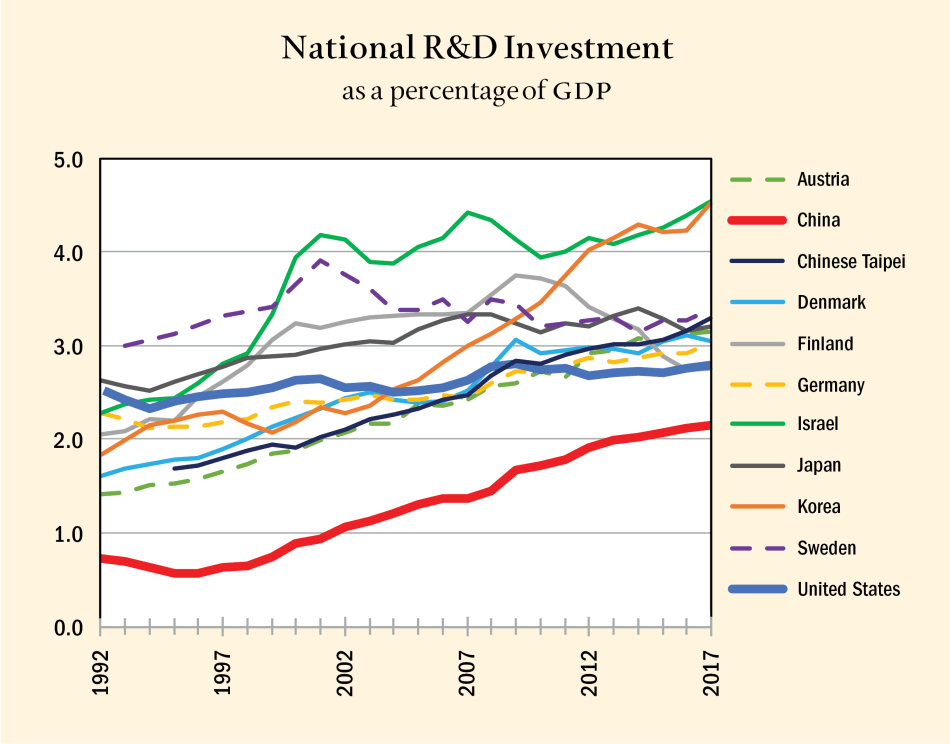 While national R&D spending as a fraction of GDP is but one metric of developed economies that are largely driven by advances in science and technology, the ratio is a strong indicator of the intensity of a nation’s investment in its future. The rapid drop in global ranking of the United States in R&D as a fraction of GDP reflects government policy-makers, corporate boards, and CEOs focusing on near-term issues at the expense of longer-term, potentially existential issues. That is perhaps to be expected, given the short-term incentives that drive politics and business today, but it does not bode well for the future of a country in a world where others, particularly China, are committed to, and investing in, long-term strategies for success – if not outright dominance.

Project
New Models for U.S. Science and Technology Policy
Share
Previous Section
Introduction
Next Section
The Ingredients of Innovation: China and the United States
Back to table of contents