Toward the end of the first decade of the 21st century, humanities-related employment amounted to approximately 3.86 million jobs, or 2.6% of all employment.1 (For an explanation of the way in which the Humanities Indicators (HI) arrived at these estimates, see the Note on Humanities Employment Data.)

Humanities occupations are jobs (beyond research and teaching) that require humanities knowledge and/or humanistic skills or that support key elements of the nation’s humanities infrastructure. Such occupations include:

The jobs described here involve the technical, administrative, customer service, and maintenance functions essential to the operation of key types of humanities institutions, including: 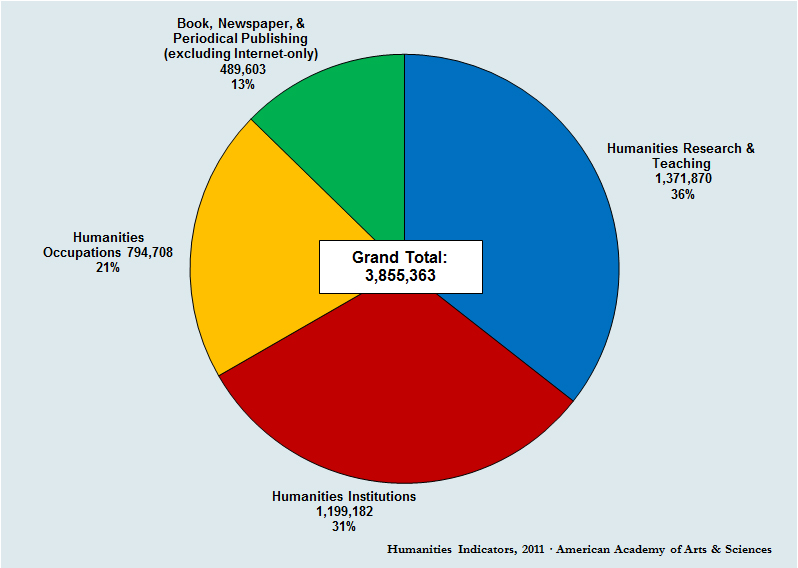 * For the majority of occupations and sectors, data are for 2008. Data for the publishing sector are for 2007. For a small number of occupations, 2009 data were used. At the time this indicator was prepared, these were the most current data available. Percentages do not add to 100% due to rounding.

See the Note on Humanities Employment Data for a detailed description of the categories and data used for this indicator. For the purposes of this indicator, humanities-related employment encompasses: