ARISE II—Advancing Research In Science and Engineering: The Role of Academia, Industry, and Government in the 21st Century

Science & Technology
Back to projects 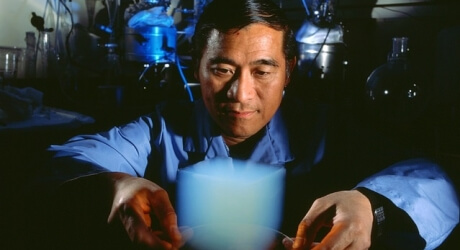 The ARISE II project developed actionable recommendations to sustain a competitive U.S. research enterprise. This work was designed to foster new relationships across the disciplines and between the private and public sectors.

Over the past six decades, advances in science and technology have boosted the U.S. economy, improved health care, and strengthened national security. Yet many of the institutional, federal, and industry policies that supported these important advances need to be re-thought in light of changes to the research ecosystem and increased pressure on research dollars.

Building on the Academy’s ARISE I study, which focused on early-career scientists and high-risk, high-reward research, ARISE II examined the role of three critical players in the U.S. research enterprise: academia, industry, and government. The project considered new models for interactions among these players and proposed changes to the research system in order to meet twenty-first-century challenges.

Project
ARISE II—Advancing Research In Science and Engineering: The Role of Academia, Industry, and Government in the 21st Century
Science & Technology

ARISE II Calls for Reorganization of the U.S. Scientific Enterprise

The American Academy will brief the President’s Council of Advisors on Science and Technology (PCAST) on the Academy’s ARISE II project.
Events

Following the release of the ARISE II report, project participants held a briefing at The National Press Club to discuss project findings. The ARISE II report was endorsed by leaders in industry and research universities. Cochair Keith Yamamoto published an editorial in Science and Nancy Andrews and Venkatesh Narayanamurti contributed an article to Issues in Science and Technology discussing project findings. And cochairs Keith Yamamoto and Venkatesh Narayanamurti briefed the President’s Council of Advisors on Science and Technology (PCAST) on ARISE II recommendations.

Article in Issues in Science and Technology