Meeting the Challenges of the New Nuclear Age 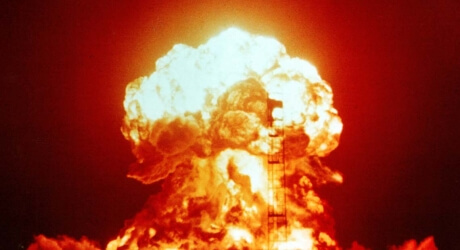 Meeting the Challenges of the New Nuclear Age examines some of the possible escalation pathways that could lead one or more nuclear weapons states to use nuclear weapons. Through dialogue and consultations with various domestic and international nuclear consistencies, it aims to articulate a set of recommendations for de-escalating possible nuclear crises mostly involving the United States and its allies.

The Spring 2020 issue of Dædalus, “Meeting the Challenges of a New Nuclear Age,” guest-edited by Robert Legvold and Christopher F. Chyba, examines some of the possible escalation pathways that could lead one or more states to use nuclear weapons.
Overview

Building on the Academy’s long history of studies on arms control,  Meeting the Challenges of the New Nuclear Age is a two-phase project that seeks to articulate a new framework for governing relations among the nine existing nuclear weapons states, with a particular attention to strengthening strategic stability within two critical nuclear triangles: China, the U.S., and Russia as well as India, Pakistan, and China.

Phase One - now concluded - built upon past Academy work and the premise that the foundations and principles that came to define the nuclear order after World War II and throughout the Cold War have eroded dramatically, bringing the world closer to a possible use of nuclear weapons in the near future. Several factors are responsible for this dangerous situation:

These multifaceted challenges demand a multilateral and interdisciplinary approach that takes into account technological developments in the nuclear field and related areas such as in the cyber, artificial intelligence, and space domains, together with the changing geopolitical landscape.

Project at a Glance

To achieve this goal, we will:

In addition, the project aims to contribute to the advancement of nuclear studies in the United States and around the world.

This essay by Robert Legvold reflects on a set of working group discussions on strategic stability convened as part of the Meeting the Challenges of the New Nuclear Age project.
Author Robert Legvold
Global Affairs
Research Paper |
JAN 2019

U.S. and Russian Nuclear Concepts, Past and Present

Considering a World Without Nuclear Constraints

The last remaining bilateral nuclear arms treaty between the United States and the Russian Federation is set to expire in 2021. Then what happens? Discussions and essays explore the new nuclear territory. 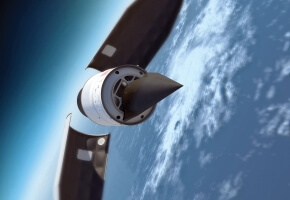 Dædalus Explores the Challenges of a Multipolar Nuclear Environment

We have entered a new nuclear era. The Cold War world dominated by only two nuclear superpowers no longer exists (even if Russia and the United States still possess the lion’s share of nuclear weapons); it has grown into a multipolar nuclear environment.

The Spring 2020 issue of Dædalus, “Meeting the Challenges of a New Nuclear Age,” guest-edited by Robert Legvold and Christopher F. Chyba, examines some of the possible escalation pathways that could lead one or more states to use nuclear weapons.
Events 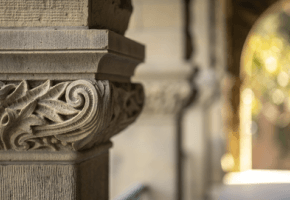 The Fragile Balance of Terror: Deterrence in the Nuclear Age 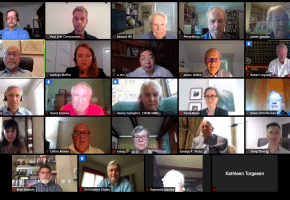 The initiative has begun exploring the core challenges posed by the new nuclear age by convening a series of consultations with nuclear experts, policymakers, and scholars in Chicago, New York City, Cambridge, MA, and Washington, D.C. An inter-generational working group has met to engage in dialogue, creative thinking, and theoretical innovation.

Project contributors have also conducted consultations with U.S. State Department and Department of Defense officials to better understand the main concerns and priorities of the U.S. nuclear policymakers.

The project recently published an issue of Dædalus, as well as the third in a series of research papers investigating the relationship between the nuclear order and the international system.

Project Date
2016
Back to projects