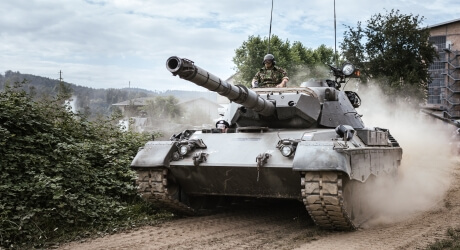 The current decade has witnessed the dramatic resurgence of civil wars and the devastating humanitarian consequences they inflict on vulnerable people, societies, and states. With over 10 million people starving and 3 million seeking asylum and protection overseas, Yemen and Syria stand as powerful reminders of the obsolescence and inadequacy of the current international approach to conflict management and resolution.

Drawing on the Academy’s convening power across disciplines, the initiative has two broad goals:

Read more about civil wars, and the policy questions driving the project

The Centre for Dialogue, Research and Cooperation

Stanford University
Theodore and Frances Geballe Professor in the School of Humanities and Sciences,
Academy Member 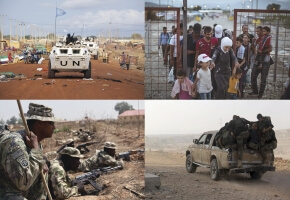 Civil wars can give rise to major threats to international stability, including transnational terrorism, pandemics, mass migration and refugee flows, and regional instability. Particularly serious concerns include the ways that civil conflict can contribute to the emergence of infectious diseases, undermine efforts to respond to pandemics – such as through vaccine distribution – and generate transnational terrorism with a global reach. 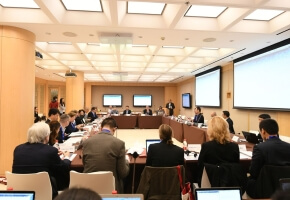 Civil wars have changed. In the last 20 years, the average duration has increased and organizations like the UN have had a harder time keeping the peace. This has been particularly true in the Middle East and North Africa where most peace-keeping and state-building efforts have failed. James Fearon, an FSI senior fellow and member of the American Academy, tells us how and why civil wars have changed.
Source
Stanford | Freeman Spogli Institute
Show More News & Updates
Press Release
Jan 10, 2018

It is simple to hope for an end to the world’s civil wars–nearly thirty of which are underway right now–but it is not at all simple to bring these conflicts to an end when the causes are wide-ranging, the effects are extensive, the international response is uncertain, and the solutions are elusive. The Winter 2018 issue of Dædalus, “Ending Civil Wars: Constraints & Possibilities,” identifies impediments to ending civil wars and offers policy prescriptions for states and for the international community facing the spread of instability and humanitarian crises, including pandemic diseases and transnational terrorism.
In the News
Dec 22, 2017

Civil wars are getting longer, and their consequences are starting to seep across borders to threaten other countries and, sometimes, the rest of the world. In this first episode of the World Class podcast series on civil wars, Karl Eikenberry and Stephen Krasner talk about how war is changing and why we need to address it.
Source
Stanford | Freeman Spogli Institute
In the News
Nov 19, 2017

“Jihadists” and Religionist Rebels: Responding to the Evolving Profile of Armed Groups

The collision of civil war and threat of global pandemics

“The bottom line is that despite the profound global threat of pandemics, there remains no global health mechanism to force parties to act in accordance with global health interests,” write Paul Wise and Michele Barry in the Fall 2017 issue of Daedalus.
Source
Stanford CHP News
Press Release
Oct 4, 2017

Civil wars continue to be a frequent and debilitating phenomenon in international politics. Of the approximately 200 countries in the world, there are currently 30 civil wars underway, including several in which the U.S. military is directly and deeply enmeshed. In the twelve essays in this issue, the authors explore causative factors of civil war, the connection of intrastate strife and transnational terrorism, the limited successes and failed ambitions of intervening powers in the recent past, and the many direct and indirect consequences associated with weak states and civil wars, including the dangers posed by pandemics, mass migrations of people, and great-power proxy warfare.
Show Less
Events 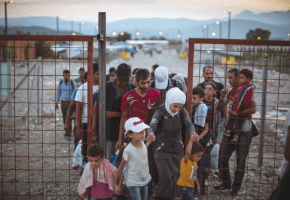 “Good Enough” Governance: Humility and the Limits of Foreign Intervention 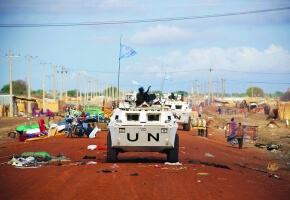 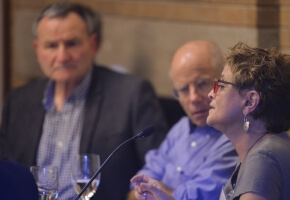 Civil Wars, Global Disorder, and the Future of the International System

This project produced a two-volume Special Issue of the Academy’s journal Dædalus. The first volume, published in Fall 2017, focused on empirical evidence, explanatory frameworks, and identifying the threats that emanate from civil wars and weak states. The second volume focused on international responses and policy options and was published in Winter 2018. Still, there remain important questions about threats to U.S. interests and world order posed by the breakdown of state control and civil wars, including terrorism (and the employment of WMD), the spread of conflicts fueled by the involvement of outside powers, destabilizing refugee flows, and pandemics. In the current political environment, these are issues of interest to a broad audience, both domestic and international. Drawing on the Academy’s convening power across disciplines, this project seeks not only to contribute to current policy-making but also to contextualize current trends by building a larger conceptual understanding of the threats posed by the collapse of state authority associated with civil wars.

Since 2015, the Academy project team has engaged with a wide range of scholar and policy communities, including the UN, to discuss the main findings of the project in order to inform policymaking processes. In 2021, project cochairs Karl W. Eikenberry and Stephen Krasner published “Good Enough” Governance: Humility and the Limits of Foreign Intervention in Response to Civil Wars and Intrastate Violence, which presents a synthesis of the project’s research as well as key findings from these outreach activities.

This project has been generously funded by Humanity United, the Oak Foundation, and the Smith Richardson Foundation.